Humans have always loved slipping the mundane bonds of day-to-day life and venturing into mythic realms complete with many-headed monsters and fearless heroes. It’s been that way ever since the ancients sat around in their mead halls and taverns, getting drunk and telling the tales of Beowulf and Odysseus around a roaring fire.

Today, that ancient impulse can be found in online games which grant their players access to fantastical worlds day and night. And, unlike when watching a film or reading a good book, the tale never comes to an end.

World of Warcraft, the most popular MMO of all time is still going strong after 11 years. Everquest, a legendary pioneer of the genre, is still up and running after 16 years.

There’s a fierce and never-ending debate raging on behind the scenes of the online gaming world. On one side, there are those who warn that gaming is a grave threat to the personal hygiene and social lives of gamers, who risk becoming basement dwelling troglodytes. They’re right.

On the other side there are those who say that gaming is just a 21st century way of enjoying competition and storytelling – and that it can enrich the lives of gamers and push them to excel in other areas. They’re right too.

Read on to see how you can channel the power of the online world for good rather than evil. 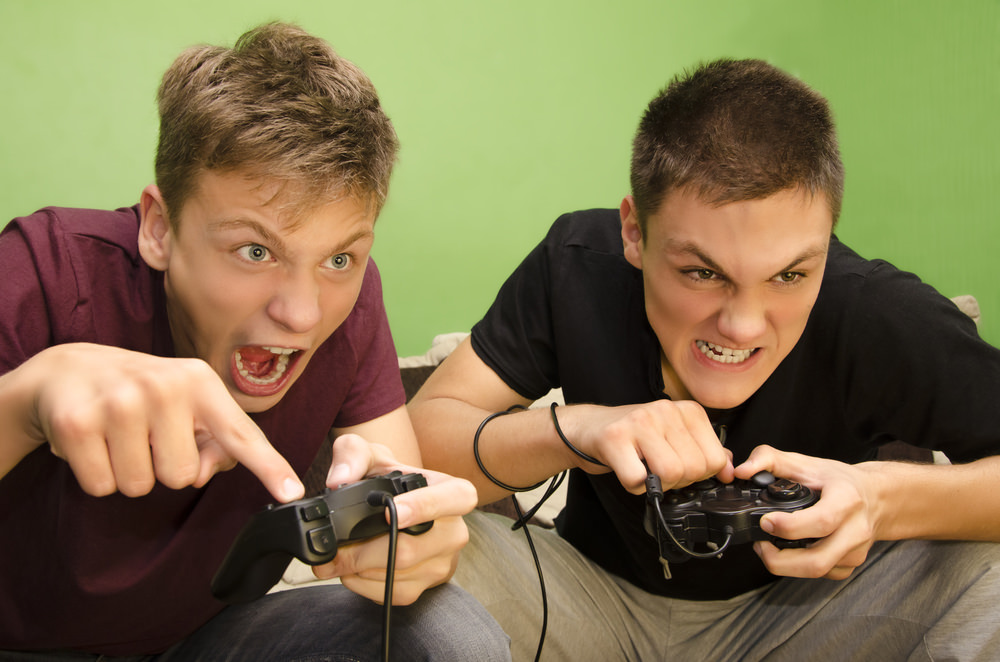 It’s easy to have a good time with an online game. You don’t have to worry about arranging a social get-together, leaving the warmth and comfort of your bedroom, or having a shower in order to stay entertained for the evening.

Feel like slaying your foes with cold steel, or going on an epic quest, all while wearing nothing but your boxers? No problem, just load up the game, grab a snack and get going. The commute to Azeroth is always quicker than the trip down to your local real-world hangout.

On the surface, this isn’t a bad thing. Everyone’s entitled to space out once in a while.

The problem arises when the “easy option” ends up becoming your default go-to whenever you’ve got time on your hands. Before you know it you’re spending most evenings and weekends squashing Murlocs and aren’t putting in the effort to keep in touch with your real world friends. Even worse is when you’ve got no real world friends and aren’t about to make any because you never venture out to the places where humans congregate in the flesh.

To remedy this, challenge yourself to game with your real-world buddies. This helps to solidify your existing friendships, rather than letting them wither. It also keeps you more accountable for how you spend your time. Keep skipping parties and pub nights to raid virtual crypts and keeps? Lord Steelhammer Draugrsbane, aka. Bob from next door, might give you a hard time about it when you next log on.

Here’s another idea: When you make a friend in the game, discover that they live near you, and feel fairly confident that they won’t try to kidnap and skin you alive, invite them to grab a beer some time at a local hangout.

Games are an extension of life, not a replacement for it. Friendship shouldn’t be a thing which you only experience in digital space.

This is one that goes without saying, but, of course, it’s easier said than done.

You might find that on Friday nights you begin gaming for just a few minutes, and then end up pulling the kind of all-nighter which lasts until Sunday afternoon. Crushing emotional distress and realisations that you have a problem aside, this is the kind of thing which you can afford to do once in a blue moon. However, it should never be your default approach to gaming.

Even if you have no set plans for your weekend, there is almost always something to be gained from forcing yourself to go outside, shrug off the cloak of eternal night, and assume the guise of a human being every so often

To prevent the hours from slipping away unchecked, set time-limits for your gaming sessions. It can be anywhere from 10 minutes to 24 hours, just make sure that you decide in advance how long you’ll be playing for, and then stick to that decision.

Be the master of your own destiny, Baron Gorefist.

Pursue glory and adventure in your real life

Think about it – one of the main reasons why gaming is so attractive is because it lifts you up to the level of a great hero or adventurer, capable of shaping the world with his fiery will.

Excellent – so, once you’ve got a kick out of questing throughout the lands of Norrath, or conquering your virtual foes in a League of Legends tournament, what are you going to do in order to bring that energy into your everyday existence?

This is a serious point, and it divides the gaming community.

On one hand, you get those who use the game obsessively to fill their need for glory and adventure, and who then treat the rest of their lives like some unfortunate daydream.

On the other hand, you get those who follow the vastly more glorious path of using the game to get charged up, and then try to project and embody that same energy in their everyday lives.

Love running around as a musclebound barbarian in The Elder Scrolls Online? Then start hitting the gym in real life and pumping iron. Love exploring an exotic fantasy realm on your noble steed? Get out and about more in your immediate environment and see the sights – trek through the local forests, visit the local taverns (i.e. pubs), practice a martial art, etc.

The possibilities are endless. The important thing is that you use the game as inspiration for the rest of your life, not as a way of becoming a bitter digital hermit.

In online gaming, the temptation is always there to just go for broke and commit yourself fully to the cause. Everyone wants to be the best at something and devoting every moment of your free time to becoming the crème de la crème of the cyber aristocracy is one way of doing that.

The community infrastructure is there to support you in that endeavour. Hardcore raiding guilds and competitive teams tend to look down on anyone who dedicates less than five nights a week to honing their skills. Picture Cristiano Ronaldo running up against a weekend warrior football club who refuses to touch the ball until they’ve had their pre-match fry-up and round of beers. The gaming dynamic is something like that, minus the fame, acclaim, and vast wealth involved on one side.

Just keep this in mind:

You might have an account full of max-level characters in the best raiding gear available. You might strut around the cloudy peaks of virtual Valhalla, cowing the lowly newbies into submission with your sheer brilliance. The bottom line is that when time comes to log off the game and go out into the real world, you’ve got as much to show for your work as if you’d spent all those hours ironing your socks.

If you want gaming to serve and enhance your life, it’s probably best to stay away from elite-level raiding guilds in MMOs, or highly competitive gaming teams in MOBAs.

They’ll want you to treat the game as a full-time commitment. And who knows, after dedicating years of your life to reaching the top, the servers may just get shut down all the same. Cue woeful reflections on the time you could have spent with friends and family, mumbling at members of the opposite sex, or building your career. When all is said and done, you might end up feeling a little bit silly.

Use gaming as a reward for real achievements

Having too much of a good thing is a well-known path to various woes. Occasionally stories crop up of dedicated gamers who sat up playing for days at a time, forgot to eat, sleep, or use the bathroom, and keeled over where they sat.

For most of us the risks are less dramatic. The real danger is that you simply end up conditioning yourself to rely on the game in order to have a good time and then struggle to enjoy yourself, or get anything done, without it.

One way to avoid this situation is to train yourself to view gaming as a specific reward for positive behaviours that you want to reinforce.

Met all your deadlines for work or college? Spent time with an old friend, despite having to drive out of your way to see them? Go game. Hit the gym three times a week like you planned? Feel free to slay some dragons.

Gaming, like many addictive behaviours, results in a spike of dopamine – aka the “feel good hormone”. If you manage to anchor this feel-good sensation to real life productivity and positive habits, you can expect to feel extra motivation where it counts. If not, then at least remember to take bathroom breaks.

What are esports?
Why is Korea so good at eSports?
To Top