Certainly, if recent announcements from Sony and Acer are anything to go by, the smartphone device is harnessing ever more sophisticated multimedia weaponry.

Beginning with Sony, who have recently unveiled the latest refresh of their flagship smartphone Xperia family. The new Sony Xperia Z5 will contain a “Premium” version, harnessing all the same specs as its cousin, the Xperia Z5. Where the Z5 Premium sets itself apart is with its display. Featuring a 5.5-inch 4K display, the Sony Xperia Z5 represents a ground-breaking moment for the industry.

Available in chrome, black or gold, Z5 Premium’s screen will house an eye-melting resolution of 3840×2160, with a pixel density of 806 ppi. Compare that with other flagship devices such as the iPhone 6 Plus (401 ppi) and LG G4 (538 ppi), and on paper at least, Sony look to developed the most impressive display on smartphones to date.

Thus far, little indication has been given as to any other premium features the new flagship hold over the standard Xperia Z5. The specs page for example, has already been confirmed as identical. Indeed, the spec sheet of all three new devices, also including the Z5 compact, are remarkably similar. All three harbour Qualcomm’s Snapdragon 810 processor, 23-megapixel camera and 32GB of internal storage (the Z5 and Z5 premium will hold 3GB of RAM however, compared to the compact’s 2GB).

The only other differences you’ll find are, rather obviously, screen (the Z5 a 5.5-inch Full HD, and the compact a 4.6-inch 720p screen), and battery. That final point may hold the key for the success of the new “super-flagship” Z5 Premium. Churning through 4K content is thirsty work for even the most powerful devices, so rendering it onto a size-conscious smartphone is a tricky challenge when battery power is concerned. To counter that, Sony have beefed up the battery pack for the Z5 Premium. At 3,430mAh, the Z5 Premium’s battery certainly is substantial, and Sony themselves have promised the device will last for two days of charge, as Xperia devices have in the past.

Sony should be praised for wandering into previously unknown territory with the Z5 Premium. Given the beautiful design and promise of a similarly aesthetic display, the omens are good- with one final caveat. We’ve often pondered the fortunes of 4K content, which has consistently dragged its heels. The success of the Z5 Premium will hinge on the success of 4K content, which up to now, has failed to gain a real foothold.

It’s not only 4K that’s getting the smartphone treatment. Acer have announced their intention to bring their gaming brand, the Predator range, to smartphones. Unveiled at the recent IFA electronics show in Berlin, the Predator 6 is self-proclaimed as a gaming smartphone. So, as you’d expect, it comes with a selection of powerful components. Central to this performance smartphone is a 10-core processor developed by MediaTek (although Acer are yet to specify which one). Alongside that monstrous processor is 4GB of Ram and a 21-megapixel camera. Acer have also gone big on sound by packing the Predator 6 with four speakers, creating an immersive sound rarely seen on mobile devices. 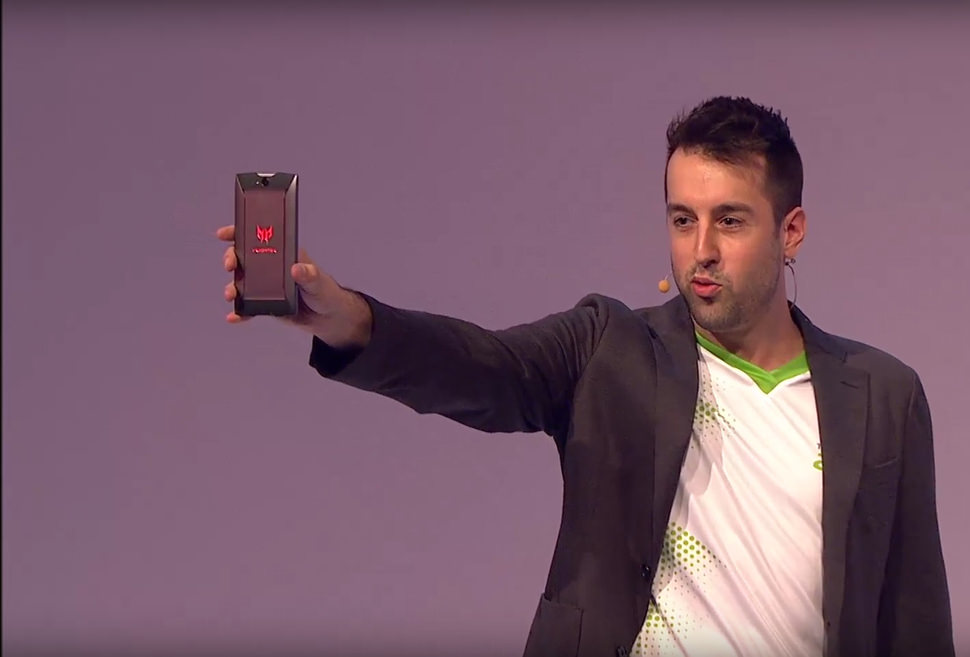 Questions on the release date and price of the device are yet to be disclosed, leaving us pondering the success Acer might have with the concept. Previously, gaming on mobile devices like tablets and smartphones has been pigeon-holed as little more than 5 minutes of lunch break fun. The serious gaming is left for Acer’s other Predator products, such as their gaming PCs. We’ve seen the combination of mobile phone and games console go epically wrong in the past (anyone remember the Nokia N-Gage?). But this time, it could be a little different. Gaming has progressed significantly as a platform since the invention of the smartphone, and we’re seeing success from NVIDIA with the SHEILD tablet and accompanying streaming service.

If the industry can eventually move away from the curse of the freemium game (not likely), then perhaps hard core gamers will eventually stand up and take mobile a little more seriously as a gaming platform.