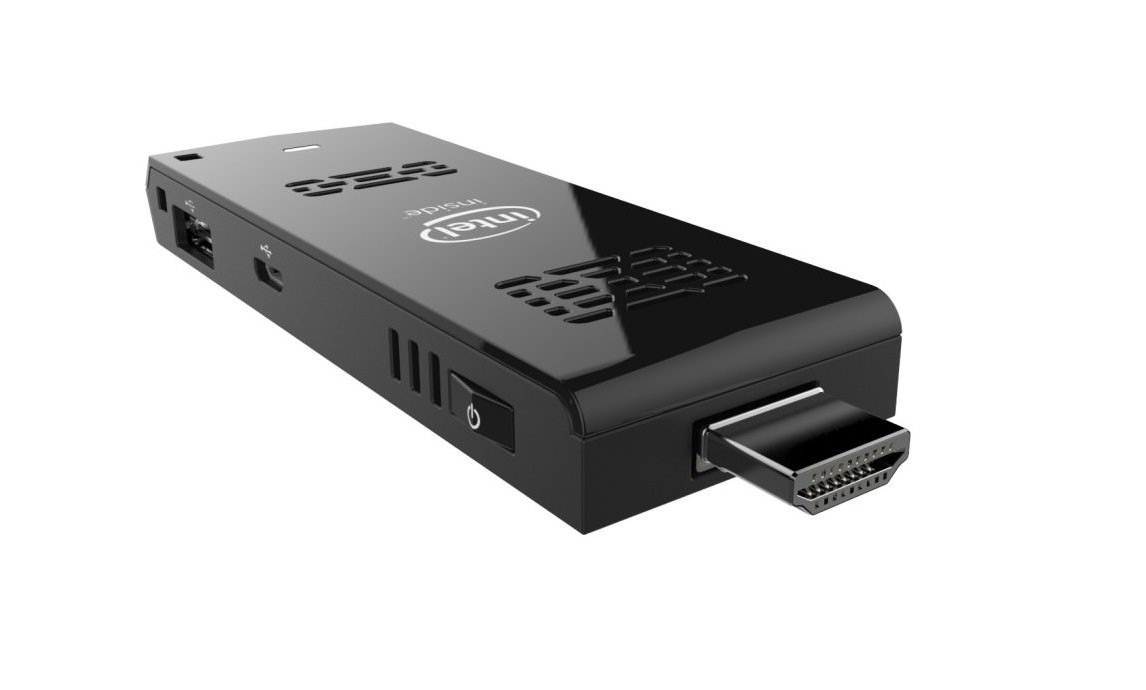 PCs, traditionally, are thought of bulky, box-like machines that sit under your home or office desk. Of course, thanks to smartphones and tablets, that perception has changed.

Such is the progression of powerful components into ever smaller sizes, all new PC products are finding a footing in the market. One of which has been labelled the “PC on a Stick”.

Take one look at a product currently falling into the PC on a Stick market, and you’ll quickly see the connection to its rather literal title. PCOAS are small, slender devices, closely resembling a dongle. Despite their predominantly limited appearance, the PCOAS is still a fully functioning PC- only smaller. 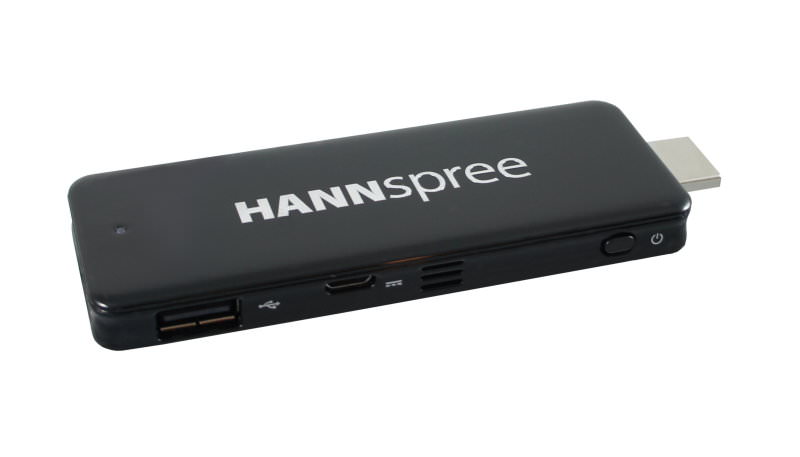 Given the PCOAS goes big on portability, the compromise is often the specifications. Take a look around the various devices currently available, and you’re unlikely to find much more than you’ll get in a decent tablet device. Take Intel’s Compute Stick for example. Coming with a Quad-core Intel Atom processor, the Compute Stick range can get you 1-2GB of RAM, 8GB-32GB of flash memory and Intel HD graphics. That pretty much sets the standard for the market, with the Hannspree PC on a Stick and Lenovo Ideacentre Stick 300 also come with a remarkably similar collection of hardware.

With such little room for Ports, most devices on the market come with all the basics to allow you to hook up to monitors and other displays. Typically, you’ll find a USB slot, HDMI output and a Micro SD slot. Some other interesting extras are added to specific products, with the Lenovo named above representing the only current device on the market to come with a tiny built in speaker, offering audio capabilities to displays that don’t have any. With wireless connectivity and Bluetooth also on aboard, you can hook up some wireless peripherals and unlock all the functionality you’d expect from a normal PC.

PCOAS typically work by plugging the device into a monitor or TV using the HDMI slot the majority use as a method for connectivity. So, instantly, you can turn any TV or monitor into a fully functioning PC. This has become the main focus for the PCOAS device. Competing in the busy streaming device market, the PCOAS is great for streaming media via online services such as Netflix and BBC iPlayer. Given that they also harbour full versions of Windows or Ubuntu (depending on which device you choose), it also opens up the potential for web browsing, checking emails and all the other stuff people do on their PCs.

The PCOAS exceeds the streaming stick in terms of functionality then, as they become the choice of device for those who want a second home PC. Alternatively, you can pick the PCOAS up, pop it in your pocket and take it wherever you like. For the business traveller who really likes to save on weight, shed the laborious laptop or tablet and take an entire PC around with you in your pocket (and avoid having to do any tiresome work when you’re on the train).

For that extra layer of function, you’ll have to pay a superior price to most streaming devices. The PCOAS aligns itself more favourably with lower end tablets, priced at £65-£150 (depending on the specs you go for). Given the features you’ll get, it offers an intriguing alternative for an innovative new PC.

The rise of the PCOAS market is indicative of the quickly developing PC industry. It isn’t alone in forging a path for portable micro-PCs. Other categories gaining attention are Nettop PCs– the small and stylish PCs built to fit in your home office- and barebones PCs, a similar concept to the Nettop only this time allowing you a degree of customisation to your build. We’re even some a few funky ideas thrown into the mix, with Acer announcing a modular building block PC, and Microsoft have crammed a Windows 10 PC into a plug!

As the internet becomes an ever greater part of modern culture, consumers are becoming more comfortable with computing hardware and modern trends like accessing data in the cloud. As a result, they’re lining their homes with a second PC. The ability to hook them up to any modern display can give any room access to cloud services and content, something which is considerably easier and more intuitive with a display and keyboard then on a fiddly touchscreen tablet. Given the competitive price points of all these devices, the PC on a Stick could form part of the future of home computing.

Building Block PC
Build your own Robot
To Top