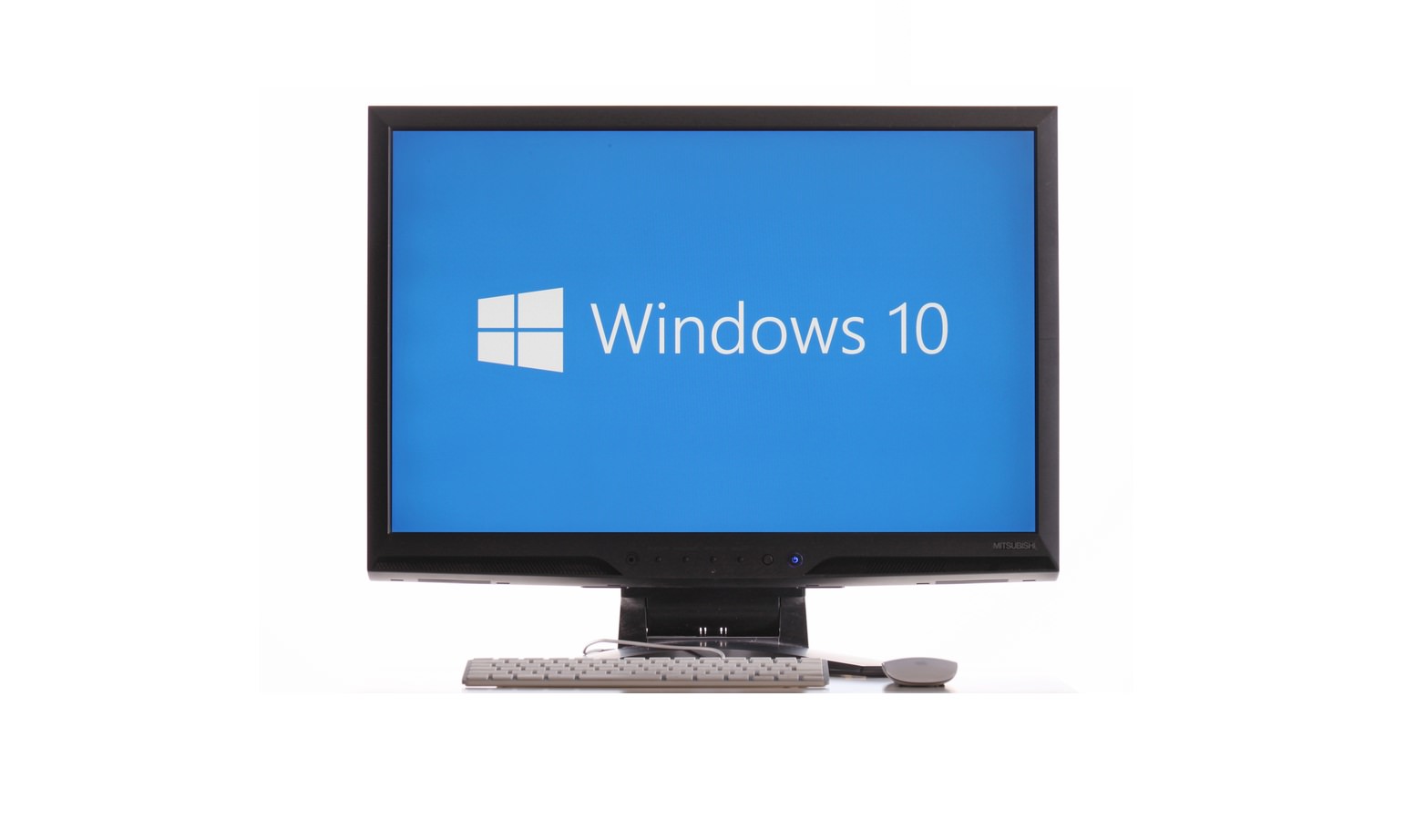 Amongst a range of smartphones and a significant upgrade for their Surface Tablet, Microsoft have delivered a product they hope will reinvigorate the sleeping laptop market.

Microsoft’s Surface Book represents a bit of a 180. For so long, Microsoft have been banging the “You don’t need a laptop, buy this hybrid instead” drum. The Surface Book is a 13.5-inch laptop that takes aim at Apple’s MacBook Pro. Weighing in at just 0.7 kilos, the Surface Book is just 7.7mm thick, making it almost half the weight of the entry-level MacBook rival, and almost an inch thinner. To top it all off, the touchscreen display is also detachable, ensuring the Surface Book also has that level of functionality a tablet can bring.

The Surface Book goes on sale at the end of October, starting at $1,499 (£979), but can rise up to $2,699 (£1763) depending on what specs you go for. Each system will have the latest batch of Intel’s Core Processors, ranging from an i5 to an i7. 8GB or 16GB of RAM is also available, as is an Nvidia GeForce GPU (although little details have so far been released on which). The display packs in 267 pixels per inch, and the battery life is said to last for 12 hours.

For a device that is so slight and slender then, the Surface Book will pack a significant punch, with backs also covered with an impressive battery life (at least on paper). Microsoft have been remarkably unsubtle in placing the MacBook Pro in their crosshairs. Aside from the laptop’s title, Microsoft speakers referenced a rival they perceive to be inferior during the launch event.

Given the specs and impressive design, Microsoft are back in the laptop business in a big way.

Despite the reintroduction of laptops into the Microsoft roster, they haven’t abandoned their original flagship consumer device, the Surface Pro. The fourth edition of the laptop-come-tablet improves on what was already an impressive product in the Surface 3. Despite being the same size as the previous device, the screen has been upped by 0.3 inches thanks to binning the Windows button that used to sit below the screen. At 12.3-inches, the display now sports a 2,736 x 1,824 resolution (267 ppi, up from 216 in the Pro 3). The Pro 4 is also thinner than before, with 0.7mm shed for just 8.4mm of thickness.

The spec sheet is once again impressive, particularly if you’re willing to part with the cash. That is of course, if you dismiss the entry level system. Coming with a paltry Intel m3 processor, it really isn’t worth the $899 price tag (£589) if you want to do some serious computing, regardless of whatever else comes with it. So consider the next level up. For $999 (£655) and beyond, you’ll can get an Intel Core i5 or i7 and the storage can range from 128GB to 1TB, with up to 16GB of RAM.

Where sceptics of Surface range may now be convinced however, is in the tweaking Microsoft have done to make the Pro 4 a more workable everyday device. The squishy keys have been replaced by a mechanical set, and the Stylus now has an eraser button on the top that holds a number of simple, functional settings. Magnetically attaching to the side of the display, the pen now has 1,024 levels of pressure sensitivity.

Given Microsoft have spent so long trying to convince consumers that the Surface is the new laptop, it’s a little ironic that they may have finally cracked it just in time for their entry into the laptop market. Still, the Surface represents a major success story for Microsoft’s consumer devices, and in the face of new competition from Apple, the Surface Pro remains the one to beat.

One field Microsoft have been found consistently wanting in is smartphones. The upcoming release of Windows 10 for mobile promises to finally claw some consumers away from the Android and iOS stranglehold, and some new smartphones sporting Windows 10 on mobile were unveiled alongside. 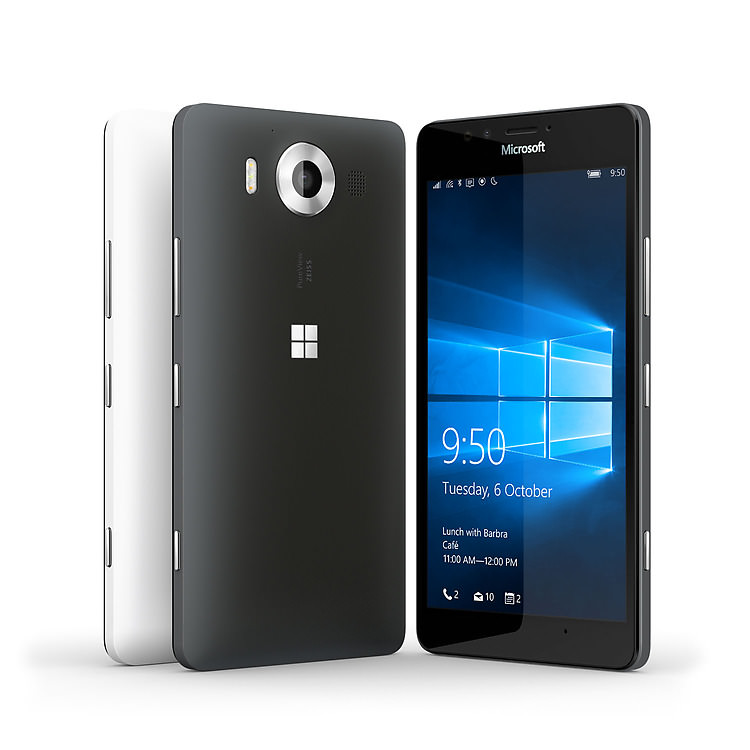 The Lumia brand lives on, and heading up the Windows mobile launch will be the flagship Lumia 950 and Lumia 950 XL devices. Essentially the same phone, both will come with a 20 megapixel camera, 4K video capture and cool additions like dual antennas (picks up the best connection), a USB Type-C connector and even liquid cooling. The only differences come in size and price. The phablet 950 XL comes in at 0.5-inches bigger than the 950 at 5.7-inches, and also $100 more expensive at $649 (£424). Out in November, the devices will come a month earlier than the Lumia 550, a budget $139 (£90) smartphone hitting shelves in December (as will Windows 10 on current mobile devices).

One final release comes from Microsoft’s fitness band. Named Band 2, the new wearable comes with a number of design tweaks they hope will banish the discomfort users got from the first Band. Now featuring a curved screen and a clasp, the new wearable looks much more agreeable when suspended on your wrist. 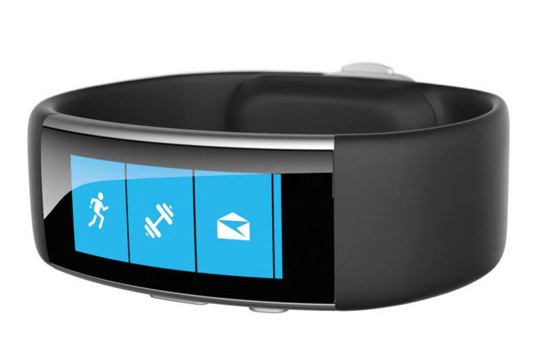 The ten sensors built into the first Band are all still present, with the addition of a barometer to track elevation now ramping that number up to 11. The partnering app has also been given an overhaul, but no word has been said on how (or indeed if) Band 2 will be compatible with Windows 10.

Microsoft’s new era is well underway. Beginning with an OS refresh and now complimented by a plethora of impressive new devices running the new software, years of struggle in the consumer device market could soon come to an end.

Tech Optimised for Windows 10
The TalkTalk Hack- What was stolen?
To Top