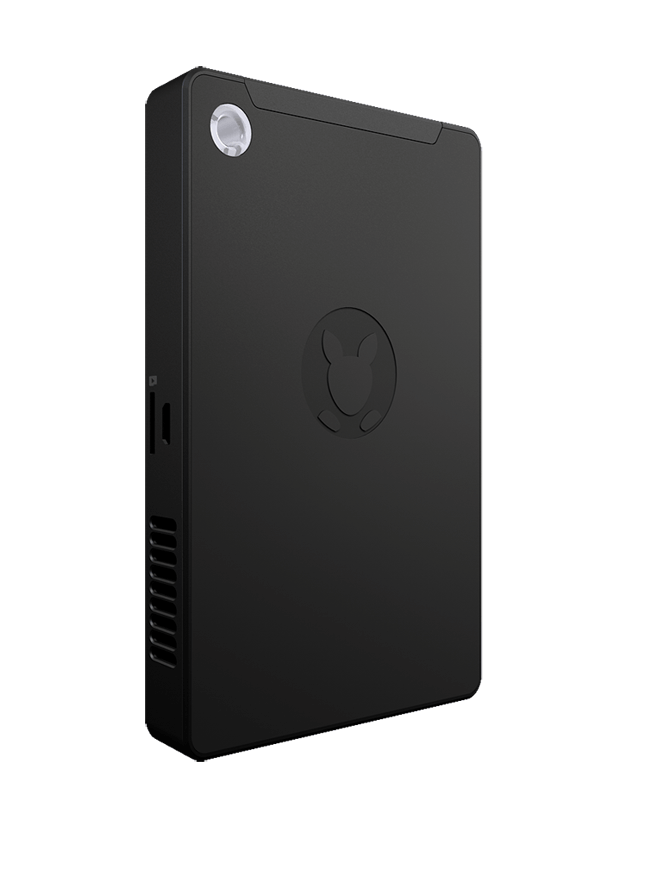 The PC-on-a-stick category of mini-PCs is continuing to make waves through the market. Small, innovative and perfect for its time. Still, they have a number of significant flaws that might hold you back from making a purchase.

In an attempt to keep the devices as small as possible, they often come with only one port, and their portability is hampered by having no built-in battery for use on the move.

InFocus think they may have cracked it with their entry into the portable PC market, Kangaroo. Barely larger than your desktop mouse, the Kangaroo sports a smartphone-esque design, but comes packaged as a full Windows 10 PC. Where the Kangaroo rights the wrongs of its competitors is with portability. With a battery pack held inside, the Kangaroo can provide up to four hours of portable computing without the need to plug in a power source. 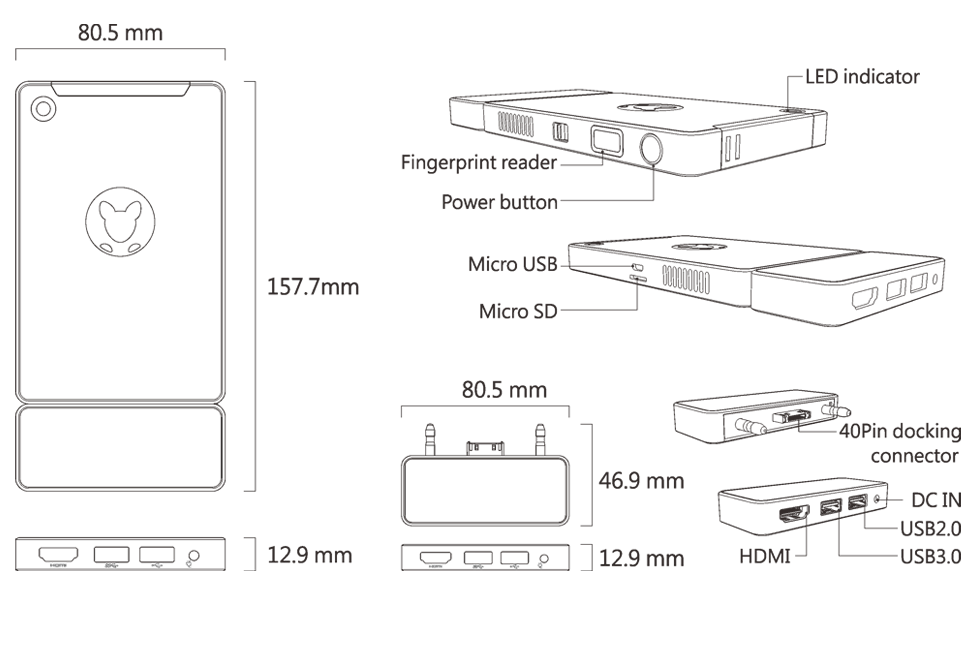 As you’d expect from a device that comfortably fits in your pocket, the specs are unlikely to see you playing the latest games at 60 fps. Intel have provided an Atom x5-Z58500 processor, and it’s joined by 2GB of DDR3 memory and 32GB of eMMC storage. Plus, you get wireless and Bluetooth connectivity. For basic tasks like email and going about your various daily productivity then, it’s fine.

To operate most of these features, you’ll need the accompanying Kangaroo dock, a small module that pins to the bottom of the main device. The dock contains all the necessary ports for connecting to other devices. USB 2.0 and 3.0 are supported, and the HDMI port allows you to hook up monitors and alike. The main Kangaroo device also contains a microSD slot and Micro USB (for charging). The dock itself is the first of many that InFocus promise to develop, increasing the device’s level of functionality.

There are a few handy features that push the Kangaroo’s level of functionality even further. Thanks to the free OSLinx software that comes installed on the device, you can plug the Kangaroo into iOS devices like an iPad. There’s even an added security element, with a finger print scanner bolted to the main unit so no one else can access the device without your say so.

Currently only available in the US, the Kangaroo is going up for sale at $99 (£64), placing it in the same ball park as number of similar devices we’ve seen hit the market. Given the growing interest in the mini-PC market, the Kangaroo places itself out from the crowd by going heavy on portability and productivity on the move.

The rise of the PCOAS market is indicative of the quickly developing PC industry. It isn’t alone in forging a path for portable micro-PCs. Other categories gaining attention are Nettop PCs– the small and stylish PCs built to fit in your home office- and barebones PCs, a similar concept to the Nettop only this time allowing you a degree of customisation to your build. We’re even some a few funky ideas thrown into the mix, with Acer announcing a modular building block PC, and Microsoft have crammed a Windows 10 PC into a plug!

If all goes well in the US, expect to see it hit our shores at some stage in the future.

What’s in the Windows 10 Fall Update?
Hands on: AuraVisor
To Top