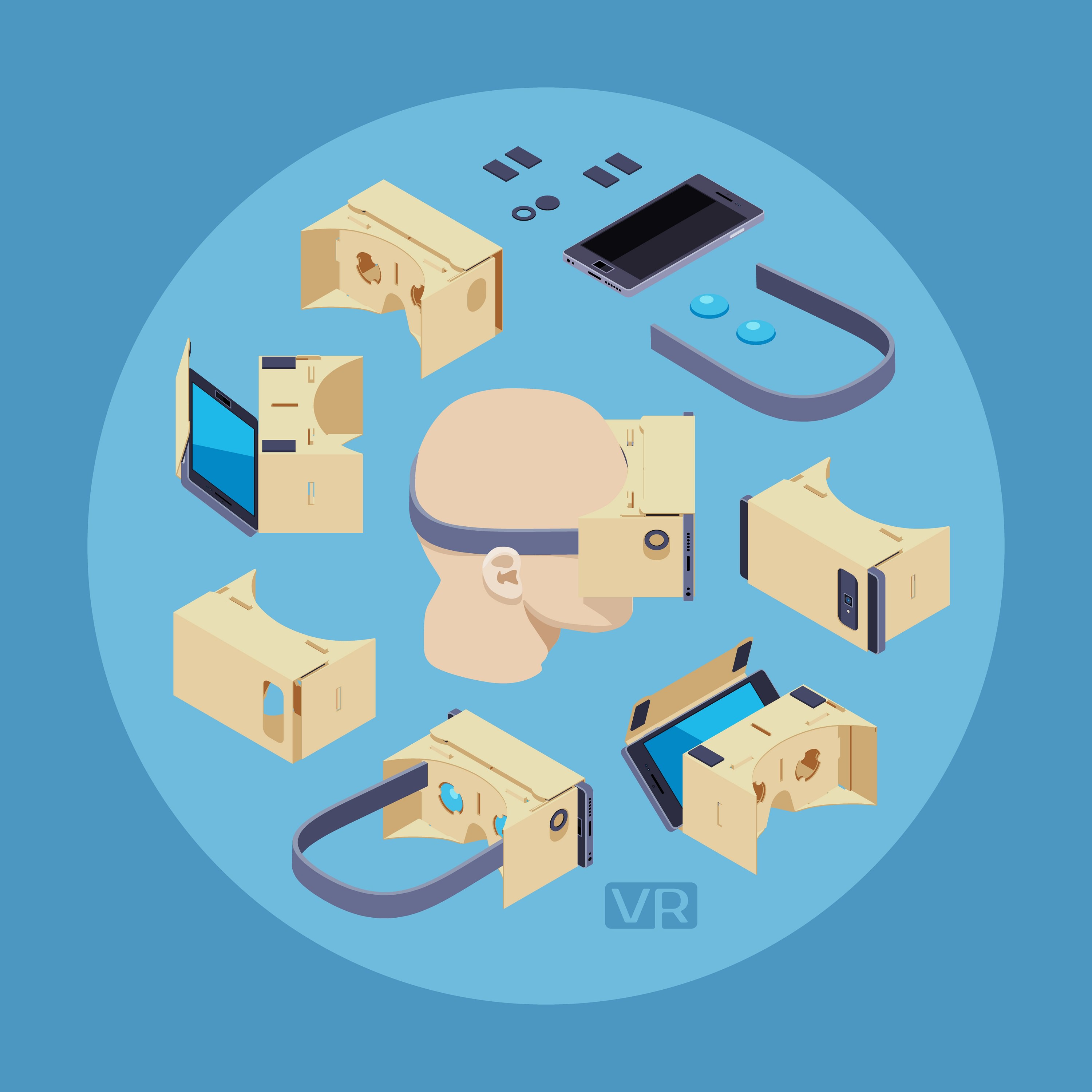 In spite of what seems like an the eternal path towards a relaunch of Virtual Reality, a number of cost effective avenues are on the market for those who want an introduction to the concept.

An industry still very much in experimental mode has a collection of apps and experiences on the market that anyone with the right basic hardware can jump straight into.

Here are the best of them.

There are a couple of cost effective ways of getting hold of some VR tech. LG are currently bundling the previous version of their flagship phone, the LG G3, with a Virtual Reality Viewer. Coming as a free ad-on with all LG G3s, the VR Viewer is the model I used for my intro into the VR world. 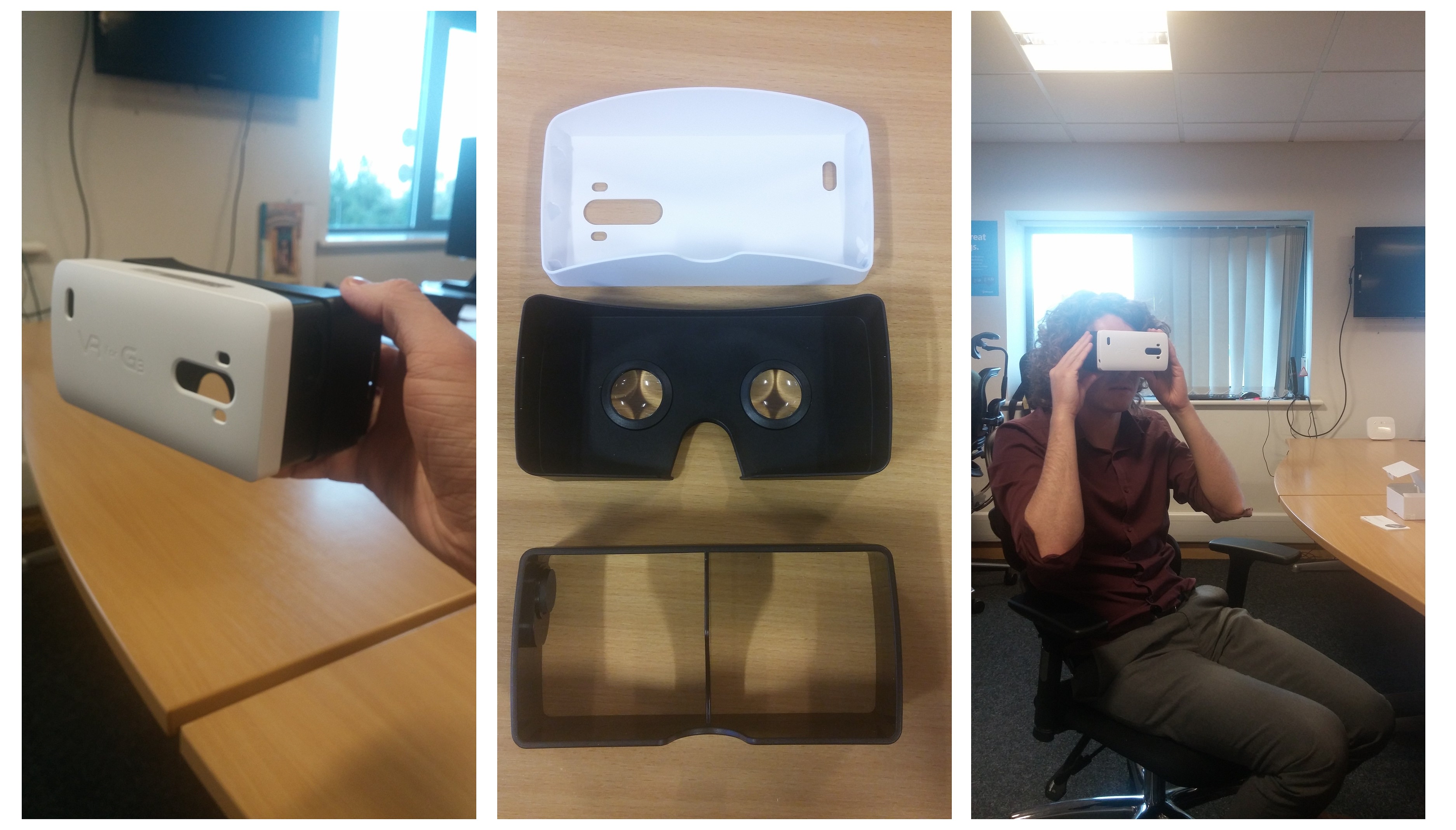 The G3s delve into VR is essentially a plastic version of Google Cardboard, and QR codes for the Google Cardboard app is joined by two other codes for free VR app experiences. The viewer comes in three parts, with a simple lens and holes in the back in order to access the G3s rear buttons. Lightweight and durable, the G3’s viewer is an upgrade to Google’s own cardboard experience. Given the lack of accessibility to the phone’s screen once you’ve placed the phone in the viewer, you’ll need to launch your chosen app first, then assemble the hardware.

The Cardboard app is free to download, and for that you get a collection of simple experiences to dive into straight out of the box. For the most part, they display the best of what you can find in terms of free VR experiences using the measly power of your smartphone. Google Earth suspends you in the sky above a city and allows you fly around at your own leisure. Windy Day is a short cartoon staring a mouse who can’t retrieve his hat. Both have nice little touches, and the 3D rendering is amongst the most impressive on the Android Store at present. 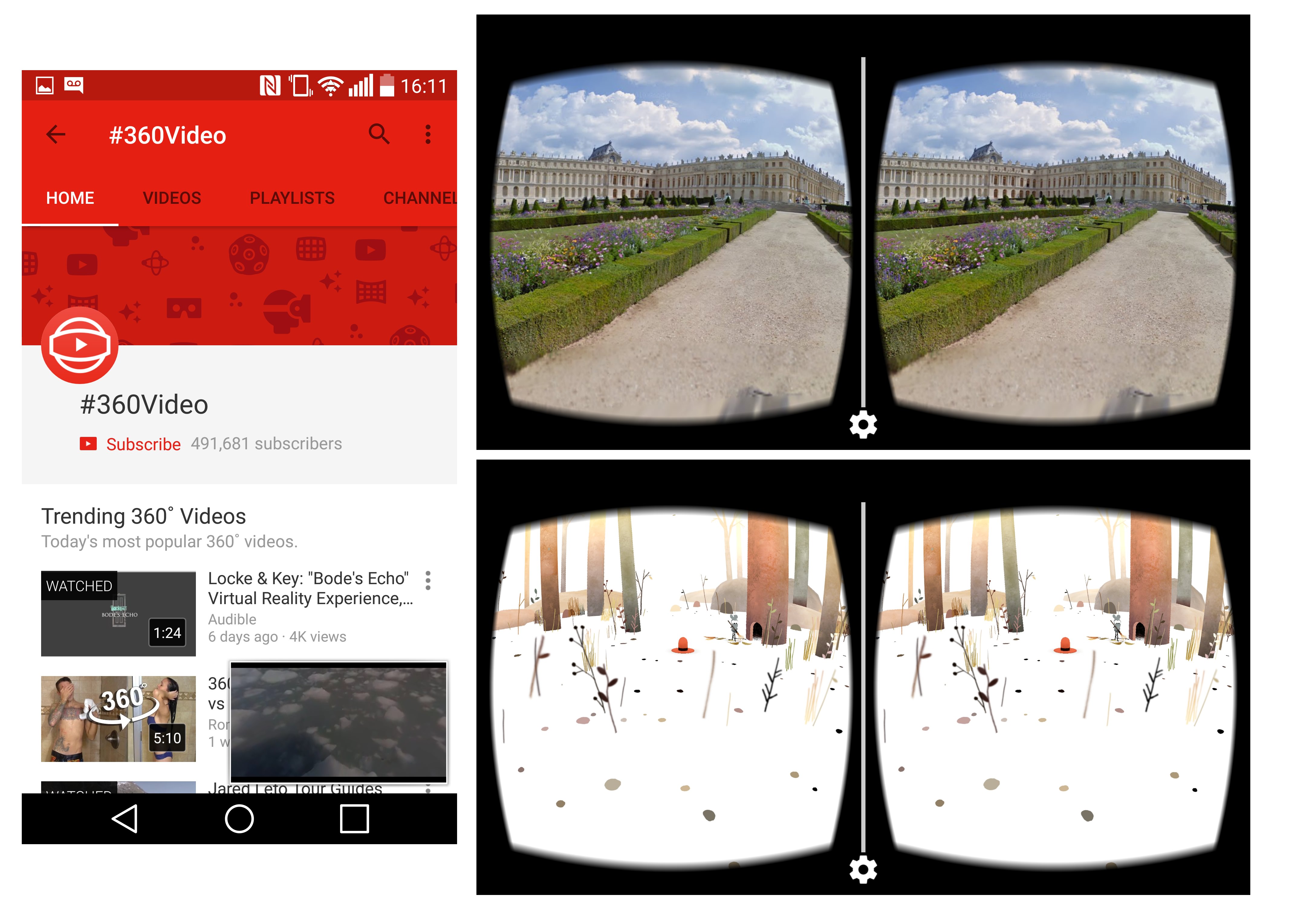 Where VR is likely to excel in the future is via video, and you get a short glance at the possibilities in Cardboard’s YouTube section. A small collection of VR tailored content already exists; whilst most of it struggles to translate onto a system as low-powered as the G3 and matching viewer, it nevertheless offers an intriguing insight into what’s to come. Still, I enjoyed a short cruise through the Arctic, narrated by Jared Leto. Similarly, a number of Halloween style spooky VR vids presented the potential for delivering an immersive horror experience in the future.

Elsewhere on the Android Store

As you’d expect, the Android VR cupboard isn’t riddled with options at present, but there are still a handful of interesting experiences to be had. Jaunt have a series of excellent and varied offerings, teaming up with The North Face as two outdoor adventurers leap around American National Parks. Jaunt also place you in the middle of a Paul McCartney or Jack White gig. Elsewhere, VRSE offer a selection of varying VR videos. From a VICE news documentary co-created by filmmaker Spike Jonze to a bizarre short film full of surreal imagery. It’s all for free, and it’s probably the best place to go for alternative VR experiences.

Rounding off the free VR apps, there are plenty of novel attractions to keep you entertained for short bursts and then show off to your mates. RoboBliteration (free with the G3 Viewer) and Zombie Shooter are as good of a gaming experience you can currently get. Considering there is only one button, suspended on the side of the viewer, gaming is clearly limited and will continue to be so until controllers are fully incorporated into the experience. One final app worthy of mention is Sisters, a short atmospheric ghost story that works well with headphones on.

Is it the Future?

Ultimately, the majority of these experiences were hampered by the paltry hardware. We’ve learned from Oculus’ specs requirement that top-level VR will not come cheap or easy. So a free plastic viewer bundled with a flagship phone from two years ago was never going to entirely blow my mind.

Still, considering you pay a grand total of nought for everything I had a blast on, it still opened by eyes to the possibilities. On some of the more crisply rendered apps, such as Windy Day and VRSE’s various creations, I might even say I became relatively immersed in a virtual reality. Certainly, the potential was there for all to see. Music gigs, horror films and gaming are all huge markets for VR to tap into, and my brief insight here went some way to extinguishing a little doubt I previously had.

It’s now in the hands of the creators. VR has been in development for some time now, and we’re beginning to know what the costs will be to purchase a high end system such as the Oculus Rift or HTC Vive. If enough content developers can get on board, virtual reality could reinvent a number of entertainment industries.

Who are Cyanogen?
Why is the mobile web so slow?
To Top