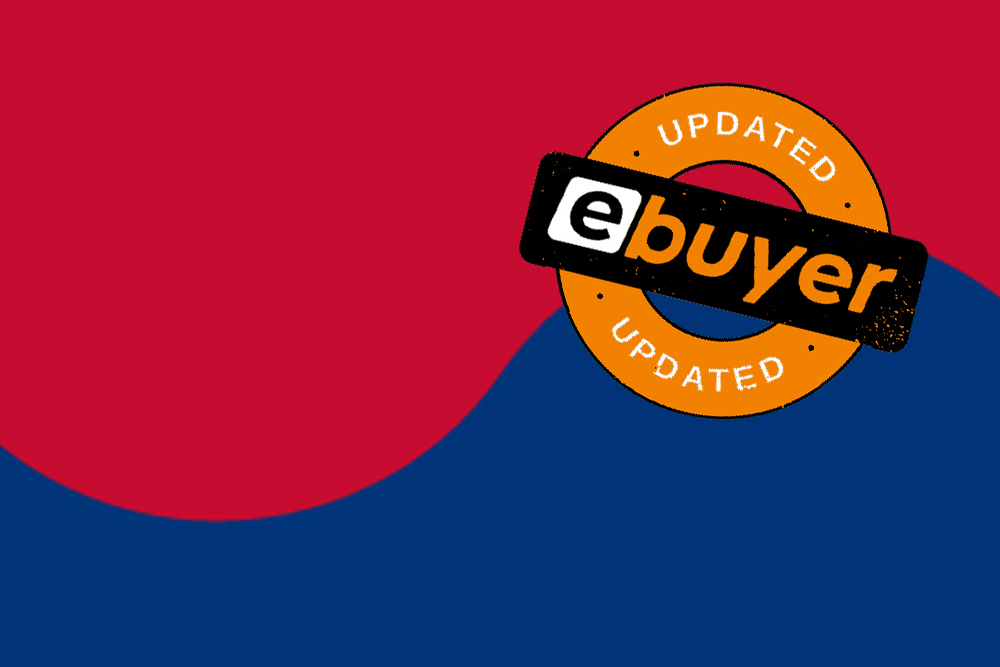 Whether you’re au fait with the world of eSports or not, it won’t have slipped your attention that the world of competitive gaming has really risen in stature of the last few years. Prize money, media focus and even a somewhat small-scale celebrity lifestyle have befallen a few of the most gifted gaming community elite.

At the centre of this media and money buzz are a growing number of shining stars, who are in the main, Koreans.

That’s right, as the Brazilians are to football, or the Jamaicans are to sprinting the South Korean eSportsmen (and woman) are the crème of the crop, and the nation to beat, when it comes to competitive computer games… but why?

Shop for gaming PCs at Ebuyer

What makes an esports champion?

So what makes the Koreans so good? Well before we look into that, let’s quantify what we mean by “good at eSports”.

Esports is synonymous with professional gaming. Whilst there is no formal definition of esports just yet, there are a number of major gaming titles that make up the mainstream gaming field. These include Warcraft, DOTA 2, CS:GO, League of Legends and (probably most relevant for this article) Starcraft.

Teams battle each other in various leagues, divisions and contests worldwide for the right to be crowned champion of their particular field (and earn a few £££ in the process).

Unlike traditional sports, teams or individuals are never ‘ultimate champions’, in the sense of a world cup or a gold medal, as each game and format has its own winner. However certain games are held in higher esteem than others.

This is where the South Korean esports stars come in. As Peter ‘Aezure’ Dakin from the National University Esports League explains.

“For the past two seasons a South Korean team has won the League of Legends World Championships. But Korean dominance in LoL (League of Legends) is nothing compared to what they have in Starcraft.

Since Starcraft: Brood War all the way to current edition Starcraft 2, Korea has utterly dominated. This is to the point where non-Koreans at large tournaments and the World Championships are in the minority and certainly never win.”

Shop for gaming consoles at Ebuyer

What makes Korea the best?

So what makes Korean gamers the Lionel Messi of the esports world? Well a number of factors contribute to their dominance, from cultural to social and financial benefits.

Unlike Europe, where esports are often seen as either a side profession or as a bit of a joke (by some), gamers are held in incredibly high regard in Korean culture. They are revered as any traditional athlete would be in North America or Europe. Korean media glorifies video gaming ‘stars’ and put them in the same social reverence as footballers or movie celebrities in Europe… Basically, it’s cool to be a gamer.

Infrastructure for gaming performance is also in place, much like athletes training in Europe. Korea have ‘esports stadiums’ where gaming events are held frequently with real prize money available, as well as specialist’s schools to hone in young talents and training centres.

Arguably the most important point in this far eastern dominance is the competitiveness in Korean gaming. In the same way the MLB is the strongest baseball league in the world, due to a high competitiveness for positions, Korean esports competitions (particularly Starcraft and LOL) are simply tough to win!

So when teams from Europe, North America or Oceania go up against the Koreans, they tend to fare pretty badly.

Why does Korea care?

“Korean dominance dates back to Starcraft: Brood War. The popularity and competitiveness for it led to far superior infrastructure: organisations, teams, coaches, even a regulatory body (KeSPA). This then transferred to other popular esports titles as they arose, as well as reducing the social stigma towards esports and thus freeing competitors to train harder.” Peter Dakin comments.

Shop for gaming keyboards at Ebuyer

Is it just South Korea ahead of the pack?

As mentioned before Korea have a supremacy in many gaming areas, but in some of the most popular games in Europe like CS:GO and DOTA 2, they lack the same crushing dominance.

However the Korean sportsmen are being closely followed by another Asian superpower, unsurprisingly- China, Peter Dakin explains.

“Closely behind South Korea is China. In both of the past two League of Legends World Championships a Chinese team finished in second place. In the recently finished Dota 2 TI5, Chinese teams made up 2nd, 3rd and 4th places in the standings. In addition to having by far the largest potential playerbase in the world, China has gained much of the same as Korea infrastructure-wise through large injections of money from investors. This has allowed them to begin challenging South Korea for the title.”

So what’s its worth?

“Though player salaries are rarely made public it has become common knowledge that in China players and staff get paid more. This even led to the players from the top two 2014 League of Legends teams (who finished 1st and 3rd at the World Championships) all being bought by Chinese teams to play for them in the 2015 season in what became known as ‘The Great Exodus’.”

Surprisingly the games that attract the biggest prize funds, CS:GO and DOTA, don’t have a huge Korean following. Many experts would argue that the gap left by the Koreans in these two markets has allowed esports, as a sport, to actually breathe and thrive in the rest of the world.

“It’s hard to quantify the next top countries, simply because the majority of other top teams have a mixture of players from different countries and represent regions.

In terms of ranking regions, Europe and North America are probably equal in third place and even have a big rivalry. North America won Dota 2’s TI5 and the 2014 Hearthstone World Championship, but not anywhere near as hard as Europe have dominated the last two CS:GO ESL One events. In League of Legends the regions have similar results, but the fact that North America imports so many players (including Europeans) certainly counts against any argument for their home grown talent. All in all the two regions are mostly even,” Dakin explained.

Shop for gaming monitors at Ebuyer

Well, it’s very difficult to say. The evolutionary nature of esports would naturally mean new games in the mainstream will take over from the legacy titles like LOL and Starcraft. This should bring in new champions from various nations worldwide, breaking the Korean dominance.

However many in the competitive gaming world would still be wary of the sheer popularity and quality of gamers in South Korea. If a game gets popular in Korea, or China, their ‘fans’ can simply drive the market. Where the market goes the money goes and with that, the best players.

South Korea will still have a very good chance of being the dominant nation in the next few years, it just depends if the sport is still insular, or the rest of the world can catch up.

For the sake of esports and its progression let’s hope we all can catch up and give Korea a run for it’s money.

What are esports?
Winter Gaming Guide 2015
To Top