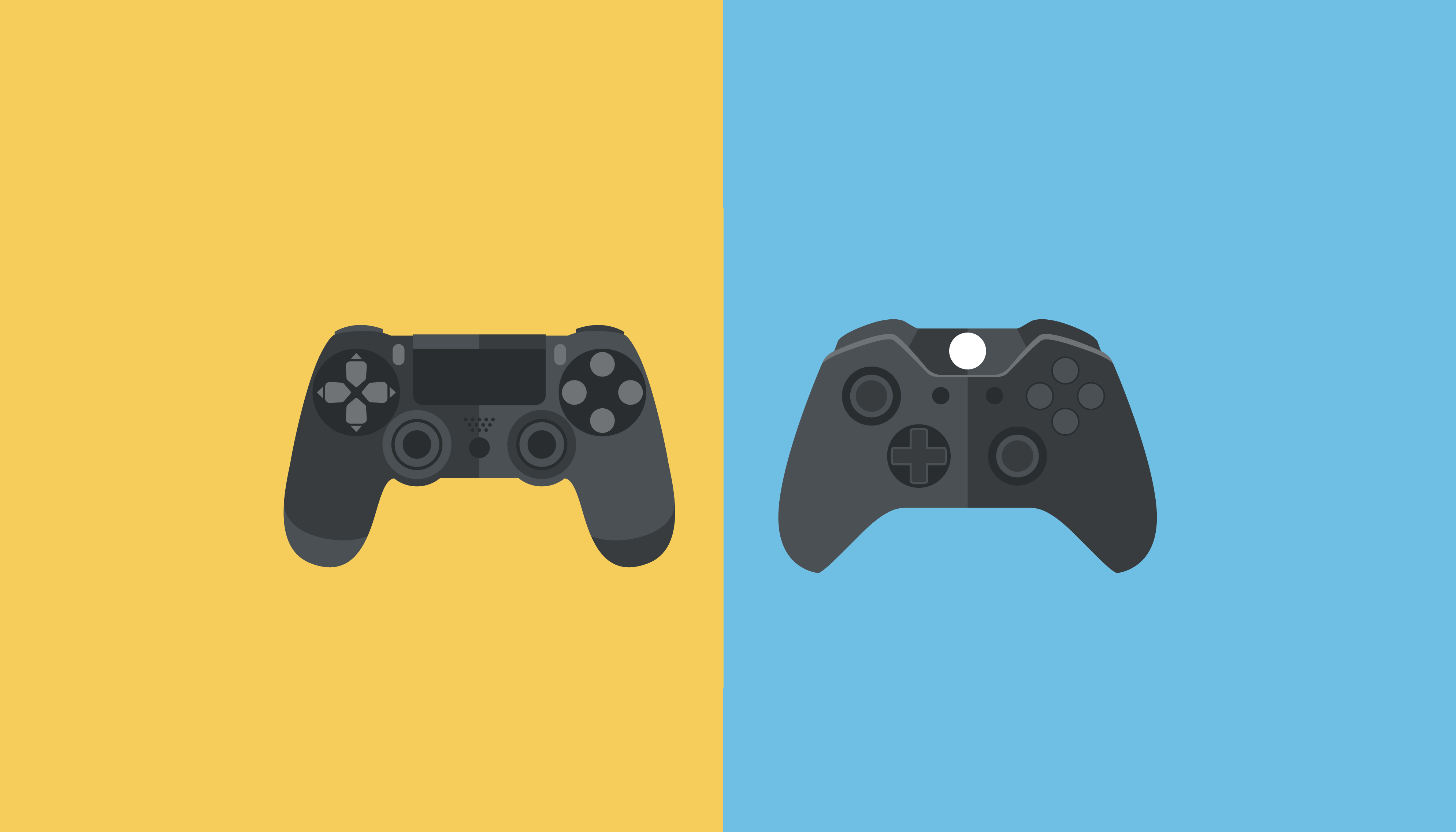 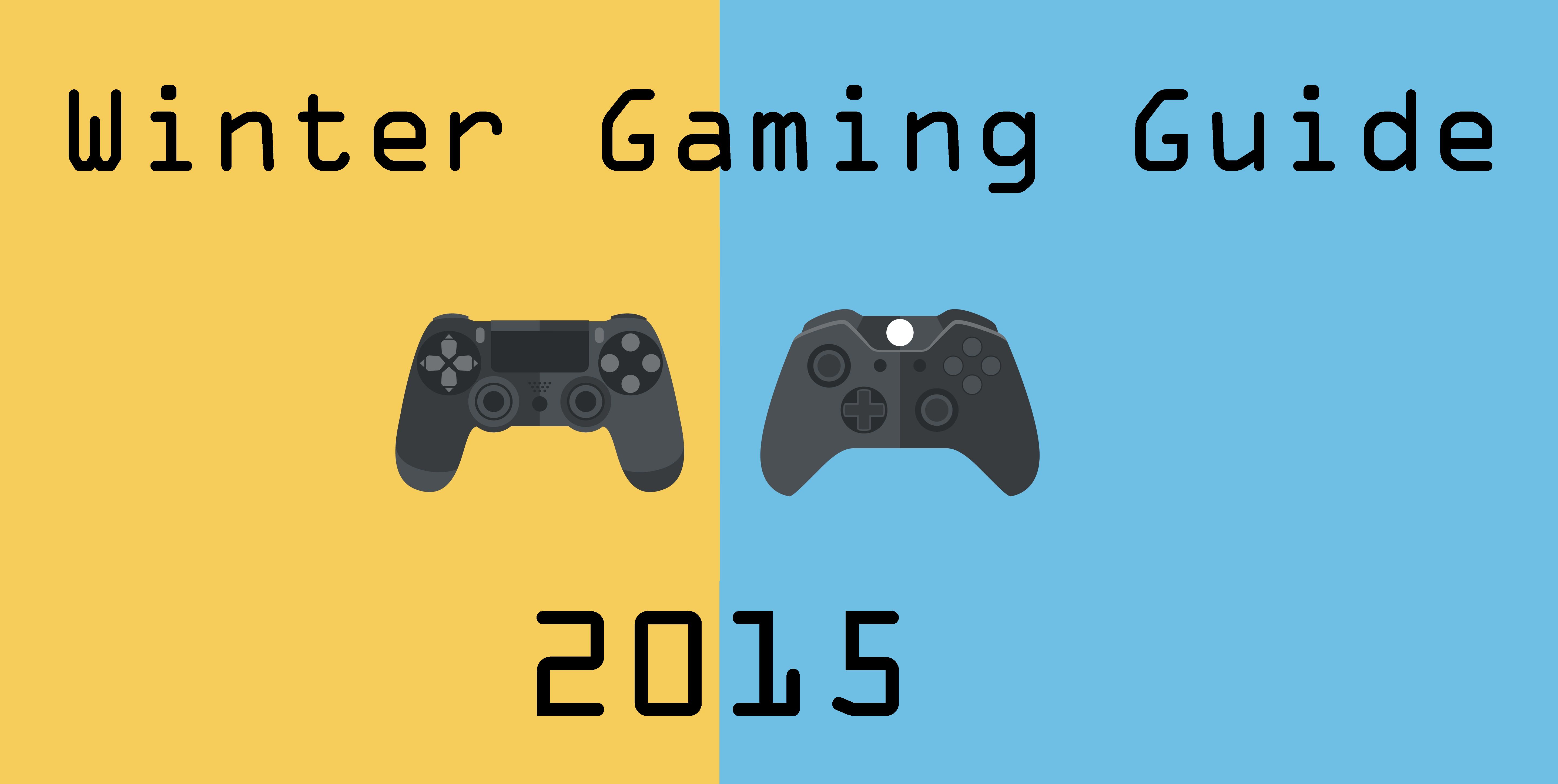 Winter is coming! For most, that will bring little enthusiasm other than the annual excitement for present unwrapping come Christmas time. But for gamers, the winter season is always crammed full of the biggest releases of the year, ready to be stuffed into their stocking.

We’ll begin the only place we can really. Star Wars is back! Whilst we have to wait until Christmas time before we can feast our eyes on the latest cinematic instalment, EA are filling the void with the release of Star Wars Battlefront (click to pre-order when emboldened).

Built on DICE’s Frostbite 3 engine (also used for Battlefield 4), Battlefront won’t actually harbour any story mode. In a controversial decision, EA decided to make Battlefront an online, PvP only title. Still, plenty of old Star Wars nostalgia has been crammed into the upcoming shooter. You’ll be battling it out in locations including Hoth and Tatooine and commandeering TIE Fighters, Snow Speeders and even the Millennium Falcon in Battlefront’s Fighter Squadron mode. To top it all off, in Battlefront you’ll also be able to play as everyone’s favourite Sith, Darth Vader, as well as other franchise legends such as Luke Skywalker and Boba Fett.

I can’t wait. Thankfully, I don’t have to. The open Beta for Battlefront runs until the 12th October and is available on PS4, Xbox One, and PC.

RPG fans have been getting a little bit giddy in their anticipation for Bethesda’s latest release. In a style typical of their developers Bethesda, Fallout 4 was announced with little time to build excitement before release. What we do know is that Fallout 4 will retain the post-apocalyptic setting that has served the series so well, this time comeing from Boston 200 years after nuclear disaster. Joining the game’s protagonist is a friendly German shepherd, who acts as your companion throughout the journey. Still, from what we’ve seen, Fallout will stick with the eerie 1920s design and sound, with Pip-boy also returning as your arm-mounted assistant.

Ultimately, don’t’ expect Fallout 4 to stray too far from a formula that has elevated it one of the most loved games of its kind.

For those who are left frustrated as you scroll up and down these titles, only to see the majority as “coming soon”, never fear. Konami are on hand to fill your empty gaming heart, allowing us to jump into the grisly-voiced Snake for another dose of sneaking about.

Metal Gear Solid V: The Phantom Pain, Hideo Kojima’s farewell title was released in September to critical acclaim. Now featuring a more open-world approach to missions in settings such as Afghanistan and Africa , some vital tweaks to traditionally fidgety controls, and RPG elements with the addition of the “Mother Base” resource management, MGS V is by the far the deepest installment in the franchise yet.

Fans of Metal Gear don’t need us to tell them to go out and buy it, chances are they already have. But even if you’ve previously struggled to warm to the series, we implore anyone to give MGS V a go- after a bit of getting up to speed on the mind-boggling narrative on Wikipedia that is.

Rise of the Tomb Raider

Microsoft pulled off a major coup by securing exclusive rights to the Tomb Raider franchise, and Lara Croft’s latest cartwheeling excursions will be released initially on Xbox One (coming to PS4 in 2016). Now owned by Square Enix and developed by Cystal Dynamics, the series took on a new direction in 2013’s Reboot Tomb Raider. Sporting a redesigned Lara, the game was more gun-wielding female Rambo than the caper-ish romps we’d associated with the previous titles.

That is expected to continue in Rise of the Tomb Raider. Set just after the events of the previous game, Croft jets off to Siberia in search ancient hidden cities.

Sounds familiar? Yea, it will be, just with more guns.

Tom Clancy knows his military-ops shooting. The Rainbow Six franchise has delivered decades of quality titles, and the latest, Siege, is likely to continue that. On this occasion, Rainbow Six: Siege sees players take their place amongst the Rainbow Six counter-terrorism team. Largely a 5v5 online experience, Siege is essentially one fleshed out Attack Vs Defence, with one team tasked with infiltrating their opposition who are held out in various maps.

To do so, Siege features a bucket load of cool tactical weaponry, from drones to the humble barbed wire trap, with a heavy focus on teamwork and tactics. With destructible environments, a hugely underused trait in gaming, also making an appearance, Siege is on course to continue its reputation as the industry’s leading uber-realistic tactical-ops shooter.

For anyone who hasn’t played the Just Cause series, it can largely be summed up in three capitalised words:

Just Cause 3 is a third-person open world adventure, led by the Rico Rodriguez, who sounds like he’s been ripped straight from a 1980s American Cop show. Once again, Rodriquez has found another reason to head to an exotic island in pursuit of a brutal dictator he is intent on overthrowing. Thankfully, you’ll once again be given all the tools you need to level the entire environment as you attempt to do so.

As open-world carnage goes, Just Cause lands somewhere amongst the Saints Row style of outright madness. The third chapter in the series promises to keep the core experience, and just add more stuff.

Back from the Dead

Certain titles are remerging after some time on the shelf for a 2015 winter release. Most notably is the return of instrument peripheral wielding Rock Band and Guitar Hero. The two musical rivals seemed to have had their time in the sun when they were finally shelved a few years ago. Various gameplay overhauls have been promised for Rock Band 4 (an RPG-esque story mode) and Guitar Hero Live (a new 6-button layout and controller), but the core concept of guitar and drum simulation remains. We’ll see if absence has made the heart grow fonder. 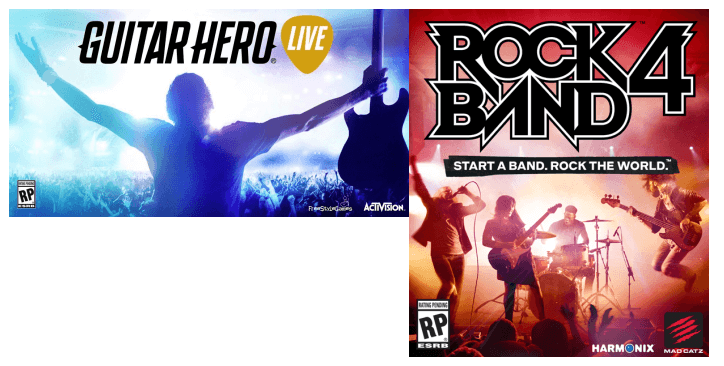 Elsewhere, EA are rebooting their racing franchise Need for Speed, and in doing so are following a recent trend in the racing genre. The aptly named Need for Speed will be an open world racing experience, requiring the player to be constantly online in order to play. Still, with Microsoft onto a winner with their spin-off Forza Horizon series, get it right and EA could be onto a winner.

Finally, Sony are teasing PS4 owners on 2016’s Uncharted 4 release with the Unchartered Collection. For players who haven’t experienced one of gaming’s finest adventure franchises on PS3, the first three of Nathan Drake’s adventures are coming to PS4 in one bundled extravaganza this winter.

We’ll briefly cover the few typical annual releases that we’ve now come to expect, but as always few inspire much enthusiasm from us. The annual FPS-off continues, with Call of Duty heading back into the present for Black Ops III. Once again in the hands of Treyarch, Blops 3 will square up against Halo 5: Guardians for this year’s biggest new shooter. Bungie are also weighing in once again, rereleasing Destiny with a vast array of improvements in what is sort of a significant expansion. Destiny: The Taken King features infinitely more content that the disappointing original, and actually will now contain a narrative that makes sense. 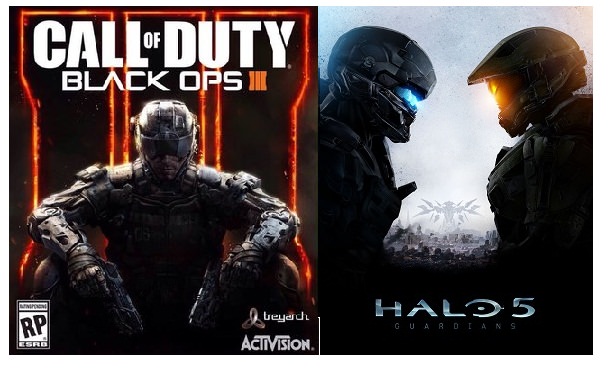 Football fans are rarely disappointed these days when it comes to video game simulations. FIFA remains wedged in with their licence-laden genre-leading titles, and FIFA 16  will no doubt continue that trend, with more tweaks to a formula which for the first includes Women’s teams. This year however, Pro Evolution Soccer is back. The title that once reigned supreme has had a few years off, but with a physics engine overhaul and AI of the quality we’ve never seen before, PES is arguably the choice for football pursuits this winter.

One final title for this section covers Ubisoft’s annually frustrating Assassins Creed. This year, you’ll be hopping around Victorian England in search of those pesky Templars. In fairness, my pessimism over the AC games is built on years of unfulfilled potential, culminating in 2014’s Unity. Again, Ubisoft have selected a superb setting for Assassins Creed: Syndicate, but can they reinvent a wheel in desperate need of a new direction?

In the interest of fairness, we’ll include two titles from Nintendo to ensure their fans aren’t left out. Mario Maker, already released on the Wii U, puts you in the role of level designer for classic Mario side-scrolling action. Allowing you to create and share your own Mario platforming levels, Nintendo’s greatest franchise continues to be one of very few reasons to own a Wii U. And on portable, Zelda returns with Zelda Tri Force Heroes. In the art style of classic Zelda handheld titles, Tri Force Heroes is a three-player co-op adventure title.

Rounding off our winter preview, Minecraft! Telltale games are giving it their episodic stamp by introducing a Minecraft Story Mode. After so much success with stylistic graphic adventures with The Walking Dead, The Wolf Among Us and Tales from the Borderlands, Telltale are hoping to board the Minecraft money train and offer an alternative slant on the world of blocks.

Why is Korea so good at eSports?
Will Steam Machines change the Gaming industry?
To Top