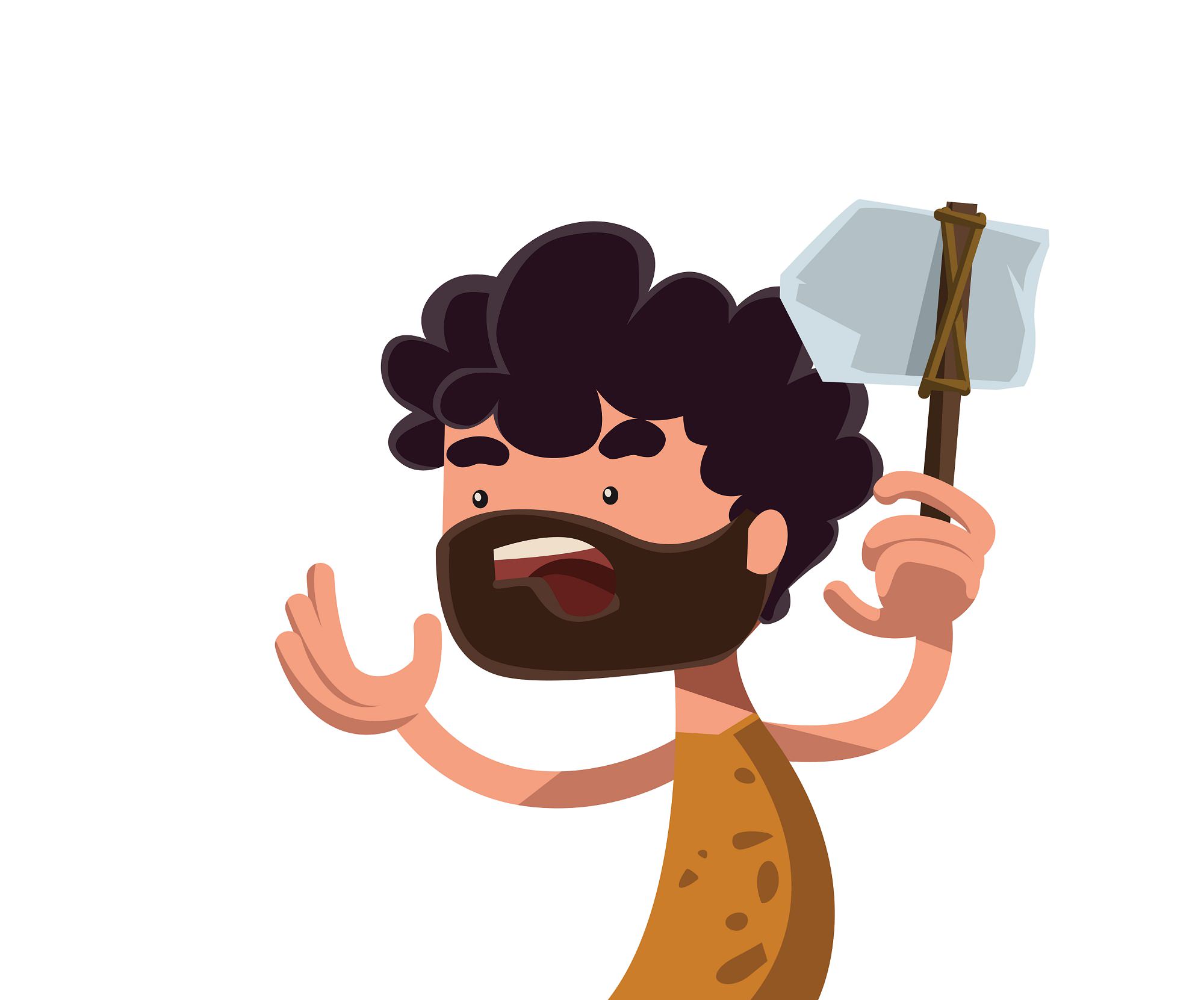 As the only old guy in the office, positive discrimination in action, I’ve been patronisingly chosen to pen this article looking back at technology.  Which is fair enough really…

…Born on the cusp of the baby boomer generation, though it’s being more bust than boom for me, I’ve seen plenty of technological breakthroughs from men walking on the moon (allegedly) to tiny smartphones with amazing functionality.  I am surrounded by tech which would have yesteryears presenters of Tomorrows World swooning in disbelief.

I remember old money and when I was a lad (please reread that sentence in a broad Yorkshire accent) the telephone at home was a party line.  In other words you shared the line with someone else in the same neighbourhood.  So, technology wise, things have certainly moved on a bit.  Which does make me uniquely placed amongst a sea of twenty-somethings to have a look back, but not in anger, at tech.

So, I’m going to take a short stroll down Memory Lane and have a look at some of the technological innovations I’ve seen (or at least the ones I can remember) and how they have evolved along the way.

The first home computer, or least the first anyone could afford, was the Sinclair ZX80 though at £99 it was a still a big whack in 1980.  And it didn’t really work; just tended to overheat and melt into a puddle of plastic.  A few months later though the ZX81 arrived on the scene and I well remember the excitement as my dad and I sat down to examine this niffy little box of tricks which was released on my 18th birthday.  Boy, was that a wild party.

Half the price of its predecessor the ZX81 had a whopping 1KB of memory, expandable to 16KB with the addition of a plug-in pack the size and weight of a house brick, a cassette tape storage system, and a membrane keyboard; though the ‘keys’ were more like pressure pads.  The Z80 CPU generated 3.25MHz so power was pretty limited.  Display was the family TV.

Despite its limited power the ZX81 introduced many people to computing and plenty of programmers cut their teeth on Sinclair BASIC.  Games-wise two stick in my mind.  An impossible to complete Flight Simulator, which was basically just a few lines to represent the horizon and a runway, and a fully functioning chess game which was a work of absolute genius.

It’s fair to say the ZX81 was the first mass market PC, selling over 1.5 million units, though it was quickly overtaken by rivals including the BBC Micro, Commodore Vic 20 and the Acorn Electron.  But then, of course, came the Sinclair Spectrum.  The first machine which could really be labelled a gaming computer.  But that’s another story.

XBOX One and PlayStation 4 are amazing machines providing fast gaming and unbelievable, movie-quality graphics. Today’s gaming generation are fed a constant diet of breathtaking games and enjoy battling with opponents on the other side of the world.  But it was a bit different back in the day.

Pong was the game which really catapulted the gaming industry into the mainstream and the home versions of the arcade machine were available in the late 1970s.  The Atari 2600, released in 1977, was the first real console with joysticks and cartridge games but my first gaming machine was the cheap and cheerful TV Master from Binatone.

With paddles as joysticks and four variations of the classic tennis game; singles, doubles, squash, and football many an hour was spent gaming (in black & white of course) while marvelling at this incredible invention and wondering “just what will they think of next?”  But console gaming, in the guise of trying to hit a pixelised blob with a stick, had arrived.  We loved it and played the thing incessantly.  That’s right.  The late seventies for me was a hedonistic mix of football, punk music, and…..Pong.

We all have a smartphone.  Even old duffers like me are welded to the blasted things day and night.

Which is all a bit different from my first mobile.  I can’t even remember the name of the thing but it weighed a ton, was ugly as sin, and cost a fortune on a pay as you go tariff.  It only had a tiny mono display and, of course, it could only make phone calls and send text messages but to me this was the future; Star Trek had arrived.  This was it.  How on earth could this be improved?

I took proud possession of my first mobile one Christmas in (I think) the mid-1990s as did many of my mates and many others judging by the groups of people stood around in clusters in the pub on Boxing Day comparing their shiny new toys.

Back then mobile phones were a novelty.  Unless you were a brain surgeon on call, why would you really need one?  Nowadays, of course, smartphones are indispensable and there are plenty of teens (and older) who would willing lose a limb rather than be separated from their phone.

But, as a grumpy old git who frequently shakes his head at how reliant people are on their phones, I have to say a modern smartphone is simply bewildering.  And I just don’t get it.  Literally.  My colleagues in the office had to set my phone up for me.  Now, apparently, I can video chat with someone on the other side of the world, whilst ordering a pizza, and downloading a movie to watch…on my phone.  Why?

Honestly.  You young ‘uns don’t know you’re born.  What with your fifty inch flat screen ultra-High Definition TVs and 932 different channels.  Back in the day it was just a fuzzy picture on a black & white screen the size of a postage stamp with the choice of three channels once BBC2 was launched in 1964.  By 1969 both BBC and ITV were broadcasting in colour and having a colour TV in those days guaranteed you bragging rights over the entire street.

Watching television was certainly different back then.  And not just because of the dearth of choice presented by three channels.  Broadcasting schedules were thinly populated and many an impatient child spend hours staring at the BBC Test card whilst waiting for Andy Pandy to put in a belated appearance.

Nowadays, of course, we more-or-less have around-the-clock programming but that wasn’t always the case.  Usually around midnight the end of the day’s programmes would be marked by a cheerful “thanks for watching” message from the announcer at BBC Television Centre followed by a (not very) rousing rendition of the national anthem which gave way to a white dot in the middle of the screen and an ear-piercing tone that seemed to go on for ever.

If programming schedules have changed, the televisions themselves are now ridiculous.  Flatter, bigger, and brighter today’s TVs bear no resemblance to the valve driven, tube, and capacitor laden feats of engineering which once graced the nation’s living rooms.

The changes in the humble wristwatch over the last few decades has been astonishing and the most notable of all innovations for how prices have tumbled as the technology has progressed.

Over forty years ago the first commercially produced digital watch was released in the USA.  With a price tag of over $2000 it wasn’t cheap but digital was cool and exclusive enough for James Bond to wear one in Live and Let Die (1973).  Yet within a few years everyone was wearing a digital watch as prices crashed as manufacturers flooded the market with cheap, and often nasty, imports.

My first digital watch was a rather snazzy number from Casio which set me back £25; roughly my weekly wage at the time.  Poundland has better quality watches now.

It has to be said wearing a wristwatch dropped out of fashion for many people, unless you could afford a Rolex, but they are now back on trend thanks to the advent of the smartwatch.  The technology packed into these devices is incredible, you can even send emails or answer calls on them for goodness sake, and makes them incomparable to the tacky digital watches of the late 1970s.

So there you have it just a few of the changes in tech I’ve seen over the years and I haven’t even mentioned the Internet.  Although, let’s talk about the Internet for a moment.

We have this incredible resource that brings the whole world into our homes and makes all knowledge known to mankind accessible to all.  And what do we use this amazing creation for?  Watching cat videos and updating our status on (anti) social media.

To be fair I suppose it’s the application of tech rather than the technology itself that I should be annoyed about.  But, overall, the advances I’ve seen, and will hopefully continue to see for a few years yet, are amazing and something a child of the sixties couldn’t have possibly dreamed off.  No matter how much I believed in Captain Kirk.

Best tablets of 2015
Christmas Tech Gifts Under £25
To Top