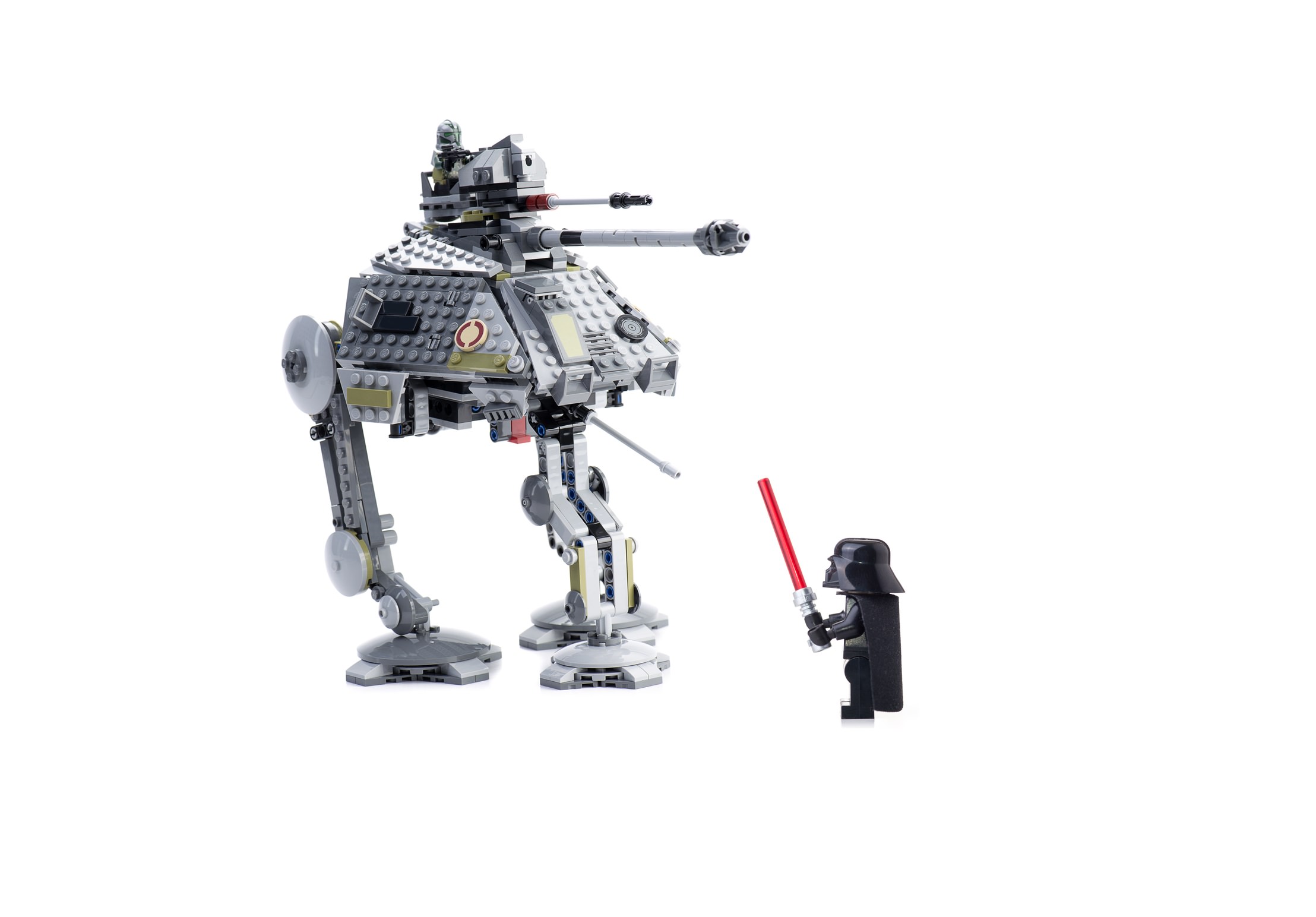 Unless you’ve been hiding under a Batha for the last few months, you’re probably aware that this week sees the release of Star Wars: The Force Awakens, JJ Abrams epic continuation of the Star Wars saga…

It’s 38 years since we first met a young moisture farmer who goes on to defeat a galactic Empire run by an old man with a serious skin complaint, and his asthmatic underling with a penchant for black leather, but how close are we now to making some of the tech we’ve seen in those movies a reality? It turns out, we’re closer than you might think…

Firstly, let’s address the Rancor in the room. What would Star Wars be without it’s primary weapon of choice, the Lightsaber? This is probably the trickiest of the Star Wars tech to bring to life, but that hasn’t stopped people trying to make them, with varying degrees of success.

The primary issue you have, is that light has a tendency not to randomly stop at a designated point. This means, yes, you can have a laser coming from a handheld device, but it would most likely be a lot longer than typical length seen in the movies, as you can see here

Secondly, as it’s technically light, in real life, it could easily be reflected by a mirrored surface (I wonder if that’s why Captain Phasma’s outfit in the new movie is so shiny?) If you did manage to find a non-shiny target though, lasers can do some serious damage. Just look at what one guy managed to do with his homemade ‘lightsaber’, albeit not something you could sword fight with.

But none of these are really what we’re after. Can we ever really have a proper lightsaber? Interestingly, the folk at MIT think so. A group of Harvard and MIT physicists have managed to find a way to bind photons together, meaning that rather than passing through each other as they would usually do, they act like they have mass. That would mean they could interact with each other, and could, in theory, be the first step in creating laser based swords. That’ll make for an interesting Christmas, when little Jonny get’s his first working Lightsaber, probably closely followed by his first trip to the emergency room…

If you’re stuck on a planet in a galaxy far far away, you are going to need some way to get around, whether it be the sand dunes of Tatooine, or the forest moon of Endor. Whilst we’re lagging a bit behind on the ‘speed’ part of the ‘Speeder Bike’, we have managed to make some advances on making wheel-less hovering bikes… and unlike the so-called ‘hover boards’ which are all the rage this Christmas that don’t actually hover, these bikes most definitely do!

First up is the MA Hoverbike. The idea was to combine the freedom of a helicopter with the simplicity of a motorbike. Although they’re only in the early stages of development, they have build a 1/3rd scale drone version to demonstrate the concept, and I have to say, it’s pretty sweet!

Next is the rather catcher named ‘Flike’. Again, it’s still in early development, but it’s a bit further along than the MA, and have actually had full scale test flights with it. The prototypes aren’t exactly going to win any beauty awards, but they do show the concept can actually… ahem… fly… Looking at the concept art on their site though, the final version should be a lovely thing to behold.

The first two items on the might be very cool, but are somewhat limited in their practical application. This next one is something that could really make a huge difference in the lives of people that need it most. Whether you’ve lost a limb via an accident, or because your father lopped off your hand in a lightsaber duel, either way, it’s a massive inconvenience. The ability to replace that limb with something that, not only can control just by thinking (as you would with a normal appendage), but also give the ability to feel things when you touch them were the things of science fiction. Not any longer.

There are various groups around the world working on amazingly advanced prosthetic limbs. In some cases, this is done by attaching electrodes to the patient’s motor cortex, such as the one lead by DARPA’s Revolutionizing Prosthetics group. They performed brain surgery on an incredibly brave volunteer, to give her the ability to move the limb directly using her mind. Not only that, but they have managed to create an artificial arm which is the same size and weight as an average male arm, which contains all the batteries, servos, processors and other technical bits, with no need for external battery packs or devices.

Another innovation is the ability to actually feel the objects you are touching. Professor Hubert Egger at the University of Linz in northern Austria managed to wire the nerve endings in the healthy tissue at the end a man’s leg stump to 6 sensors on the sole of his prosthetic foot. This life changing procedure gave him the feeling of having an actual leg again. “It’s like a second lease of life, like being reborn” said Austrian amputee Wolfgang Rangger. “It feels like I have a foot again. I no longer slip on ice and I can tell whether I walk on gravel, concrete, grass or sand. I can even feel small stones.”

Luke Skywalker’s prosthetic limb from the end of Empire Strikes Back is much closer to a reality than science fiction at this point. 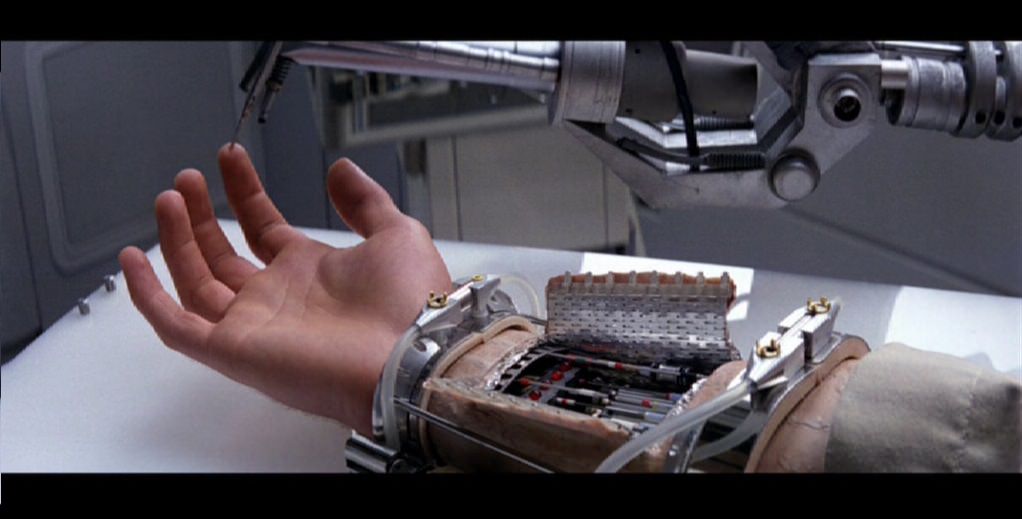 What would the world of Star Wars be without our lovable mechanical companions, the droids! We may not quite be there with on the AI side of things (which might not be a bad thing if you’ve ever seen Terminator), but robots and android are already out there.

Droids come in all shapes and sizes. From the Viper class scout droid that discovers the Rebel base on Hoth, to the prequel’s Battle Droids, to the ever lovable R2D2, C3-P0 and of course, the new droid on the block, BB-8.

Scout droids of a sort do currently exist in the form of drones. Whilst they do have a pilot behind them at the moment, there is a certain amount of AI installed in them to help with take off, landing, and tracking targets. The military have also been developing robots for a while now, from the iRobot Warrior, used for bomb disposal, to the humanoid Atlas ‘search & rescue’ bot, you can see they are extremely keen to find ways of using robots to keep humans out of harm’s way. On the other side of that coin, there have been great advances in medical robots, allowing surgeons to operate remotely, dispense drugs, or even help with rehabilitation.

Whilst we don’t yet have anything close to the adorableness of  R2D2 or BB-8, NASA have been developing their own form of astromechs for use on the ISS. The SPHERES rather more closely resemble the training droids used by Luke to hone his lightsaber skills, but they are designed to aid astronauts with experiments on the station.

Finally we come to the protocol droid. In the movies, the most famous of these is of course C3-PO, and whilst we would all love a robot butler, without a decent AI, that’s still a while away. There have been some amazing advancements in humanoid robots though, the most famous of these in the real world being Honda’s Asimo. He might not have C3-PO’s language abilities, but he can serve you a pretty decent drink, or give you a kick about of a football if your one person short on your 5-aside team.

We may not have actual lightsabers, fully working hoverbikes, or hyper-intelligent robots… yet, but we’re on the right track. It might not be too long before you don’t need to visit a galaxy far far away to bring the world of Star Wars into your real life. 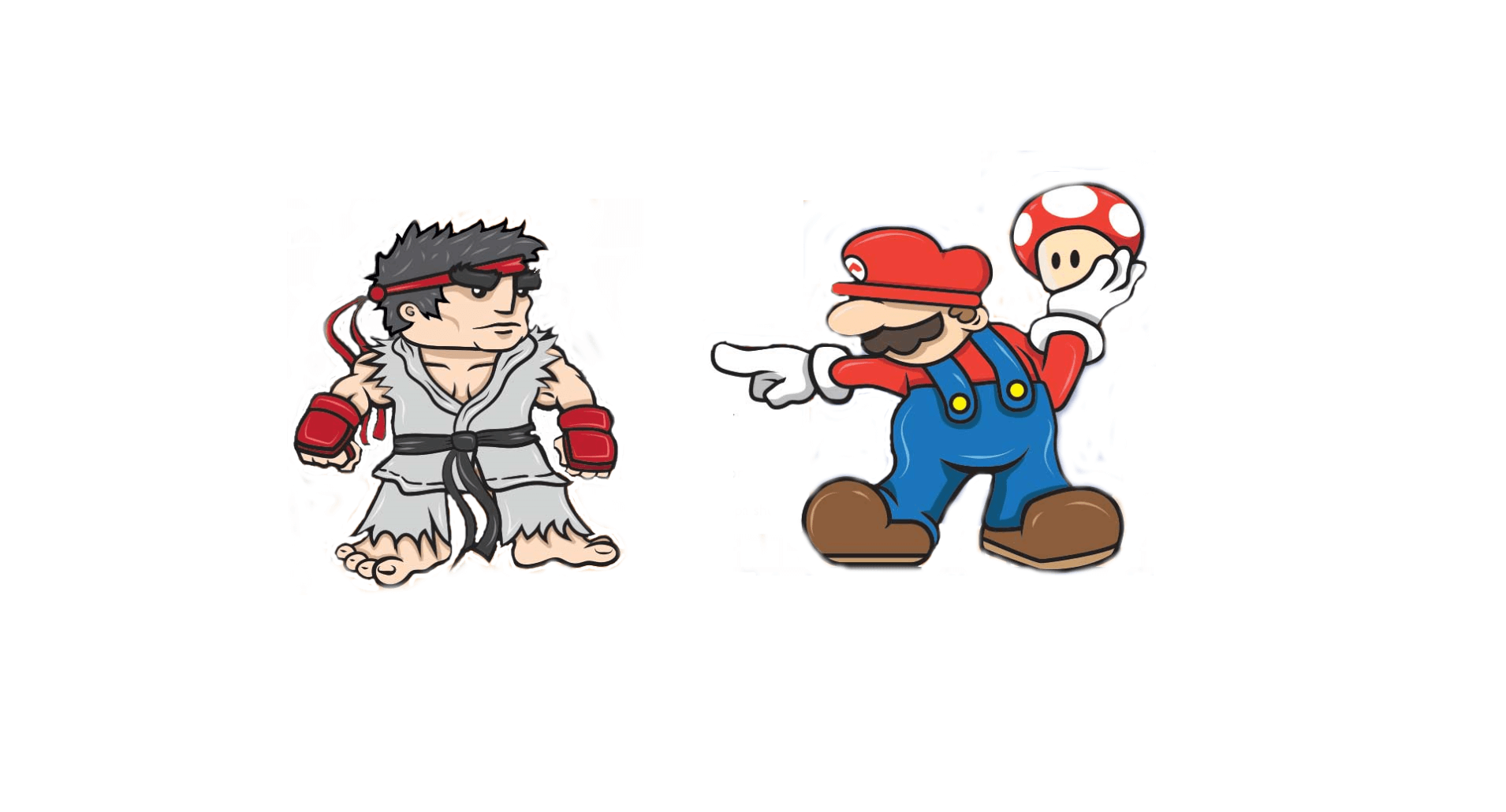