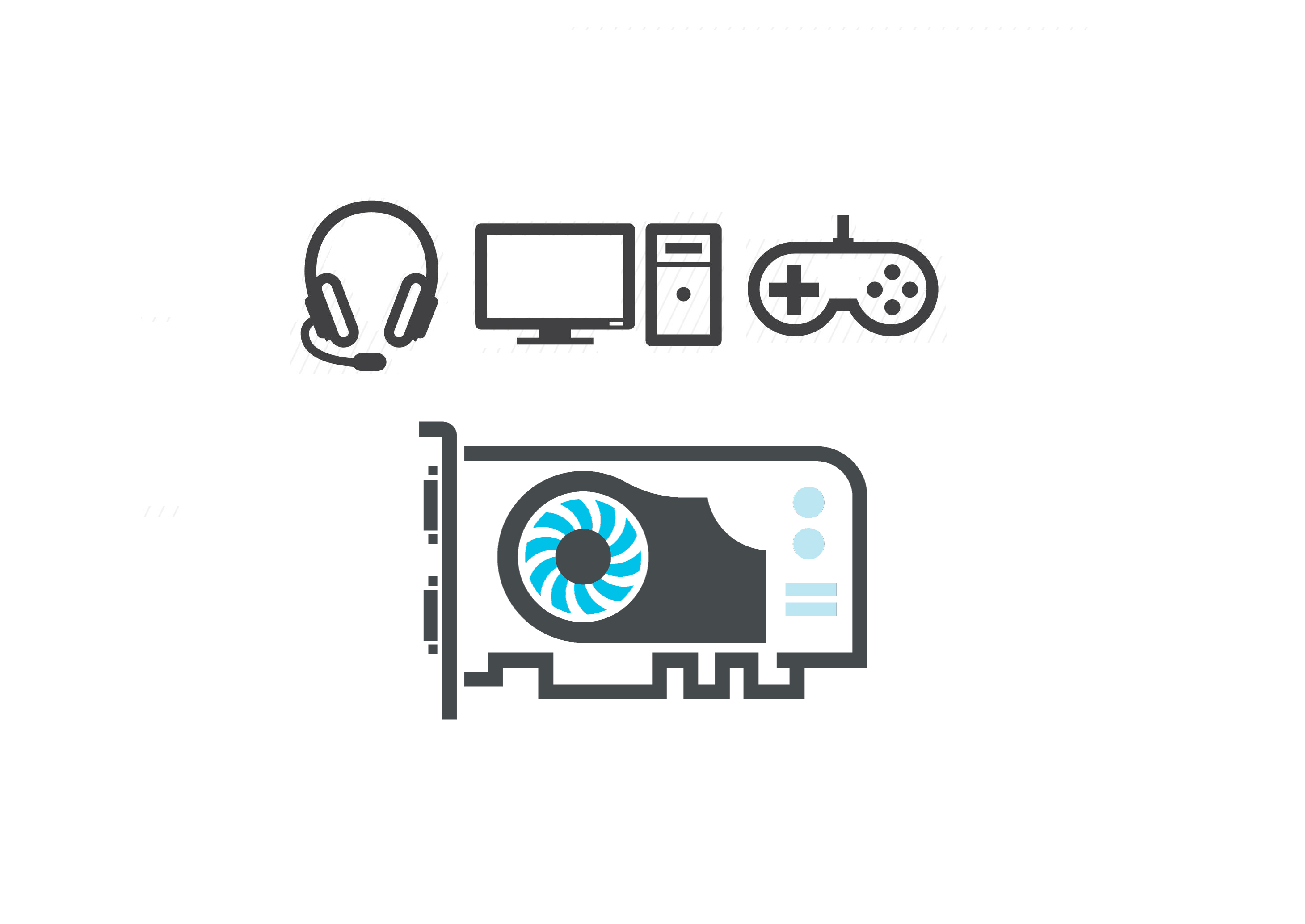 Choosing the right Graphics Card for Gaming, now there’s an interesting topic! With so many to choose from and with prices from £100 to £1000 it can be hard to know not only how much to spend but which one to choose. The aim of this article is not to answer that question but at the very least give you some guidance, especially if this is the first time you’ve thought of upgrading your Graphics Card for Gaming.

How much should I spend?

The simple answer to this is, somewhat obviously, as much as possible, and in all seriousness that is actually a valid answer! In fact when thinking about Gaming on your PC the Graphics Card is the most important component by far. You should invest more money on the Graphics Card than say the likes of more expensive motherboards, more RAM and better CPU Coolers as these components won’t help that much when it comes to raw Frames Per Second (FPS).

What about Resolution of my Monitor?

In fact you can simply multiply the numbers together to give you an idea of whether your chosen resolution requires more or less horsepower. For example 2560×1440 equates to 3.7 million pixel in total, while 3840×2160 (4K) equates to 8.3 million pixels in total. This is how many pixels your Graphics Card is required to push around the screen, at hopefully a decent FPS. Now you can see the difference…

Within reason there’s no reason to choose one manufacturer over the other, they both offer similar technologies and similar user experiences. It would also be wrong of me to suggest otherwise. What’s best is to try and look for the best deal, what’s offering the best bang for the buck, and each week this is likely to change…

How much memory does the Graphics Card have to have?

Well I would say the minimum to be looking for, if buying a new Graphics Card today is 2GB. If you can get a Graphics Card with more that’s of course great but for 1920×1080 gaming 2GB is fine, if your resolution is higher (2560×1440) think about trying to find a card with 3GB and if you’re thinking about 4K or high resolution SuperWide monitors then 4GB or more will be highly beneficial.

Will it fit in my Motherboard?

For any modern day Graphics Card to work in your motherboard you’ll need a x16 PCIe slot (that’s the long one) that supports a speed of at least x8 and supports PCIe 2 as a minimum. Don’t worry too much about PCIe 2 and PCIe 3, as you’ll be hard pushed to buy something today (assuming you buy at the same time) that’s not compatible. Just be careful if you have an older motherboard that it meets the basic requirements that I set out earlier.

Also bear in mind that Graphics Cards come in all shapes and sizes, some are long some are short, some occupy one slot of your motherboard while others (although rare) occupy three slots. The most important aspect about its physical size to watch out for is its length. Some Graphics Cards are up to 300mm long, so make sure there enough room in your case to house it.

Do I need a special (high wattage) Power Supply?

As a simple generalization if you assume that each Graphics Card requires a maximum of around 250W and that a regular system also uses around 250W. Meaning that for any modern day Gaming PC you’ll probably want around 500W as a minimum. In fact most Graphics Card manufactures will list the wattage used (listed as TDP) that you can simply use to do the calculation yourself. For example, if you knew that your chosen Graphics Card had a TDP of 150W then (250W + 150W) a 400W Power Supply would suffice. Just try not to push the Power Supply too hard, it’s always best to have a little in reserve (say 100W).

Do these Graphics Cards get hot?

Should I buy a Graphics Card with a ‘Factory Overclock’ and what is an overclock anyway?

The best way to talk about overclocking is to just imagine that by default from the factory a Graphics Card runs at 1000MHz (and that’s its speed). Most manufacturers will offer other cards that say run at 1050MHz, thus giving your Graphics Card a speed boost of 50Hz (5%). Simply put the higher the number the faster the card is…

The best rule of thumb is that if you don’t mind getting your hands dirty (so to speak) and are happy to manipulate the Graphics Card yourself then you can save some money by going for a standard/stock card. This means that you’ll be doing the overclocking yourself, just remember there are never any guaranteed results! Or you can pay the extra (often £25-£100) to get a guaranteed (from the manufacturer) overclock and therefore better performance guaranteed, it’s really up to you.

And what about all these model names and numbers?

Large Gaming Monitors, how big to go?
What you need to know about Privacy
To Top