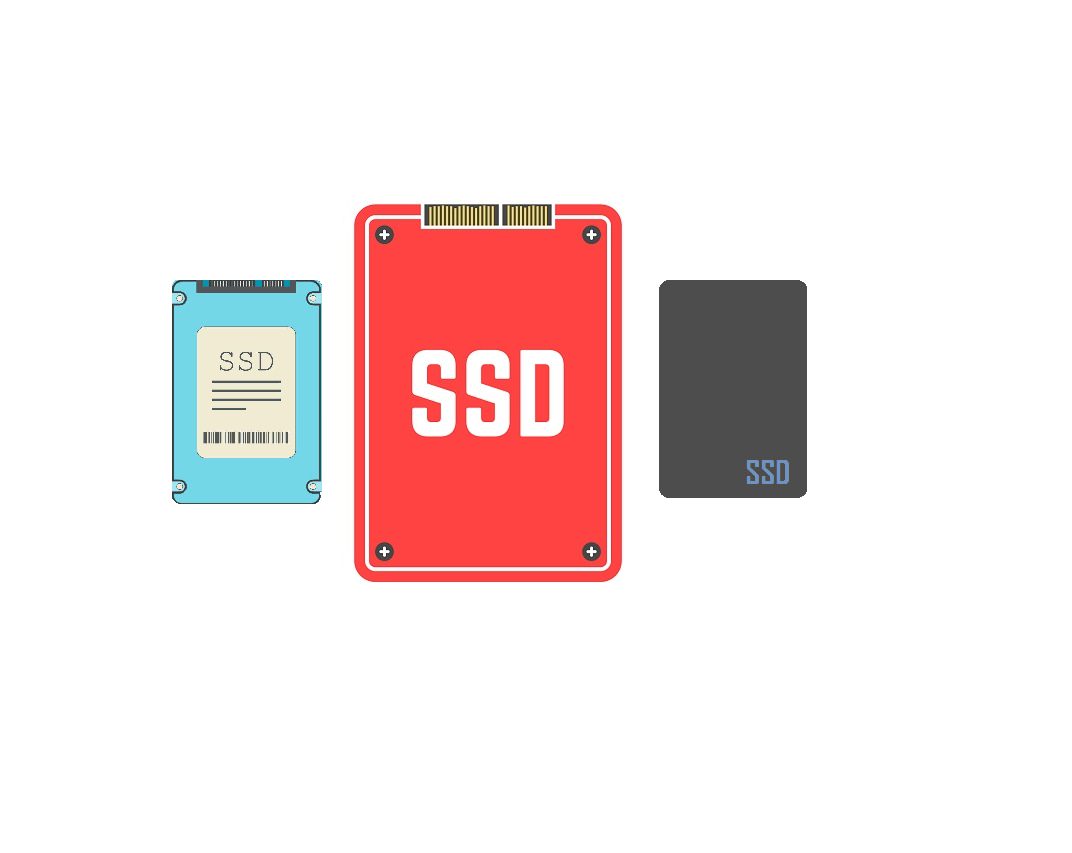 How To Choose an SSD:

Finding The Right Drive For You

Solid state drives, or SSDs, are more prevalent and readily available than ever before. Offering big performance gains over traditional hard drives, or HDDs, it is easy to why the SSD market has exploded in recent years. However, SSD technology has recently advanced further, resulting in a wide-range of different standards available. You have probably seen the terms ‘M.2’, ‘PCIe’, ‘NVMe’, ‘SATA’ and ‘ACHI’ all thrown about when talking about SSDs, and it can be very confusing for the average consumer to know what SSD is right for your system.

This guide will first look at the different form-factors and technologies of SSDs available on the market before giving you the tools to know which one to choose. 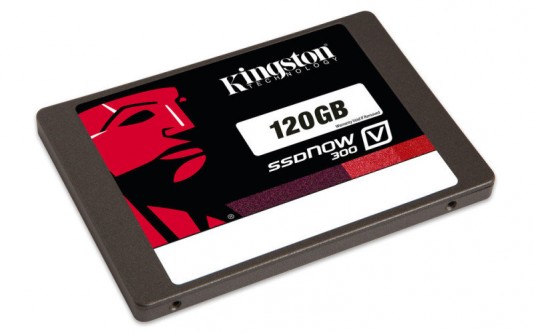 Perhaps the first thing you think of when someone says ‘SSD’ is the typical 2.5inch SSD drive. These have been around for a few years now and use the SATA interface, just like any HDDs you may have in your system. A popular example is the Samsung 850 Evo range. Getting a 2.5inch SSD is the cheapest and probably easiest way of installing Solid state goodness into your system. Cheapest because they are widely available and lots of manufacturers make them. Easiest because they resemble traditional HDDs more closely than other SSD form-factors we will look at later. This means anyone who has a typical HDD in their system can swap it out for an SSD using the same SATA power and data cables (though some PCs may need to make use of an adapter bracket for the 2.5inch drive to fit in a 3.5inch drive bay.)

Given that all recent 2.5inch SSDs will use the SATA III interface (6Gbps), read and write speeds top out just above the 500MBps mark – the ceiling of the SATA III interface. You can install a SATA III SSD into an older PC which uses the SATA II interface, for example, but speeds will be limited further – though it will still be a significant upgrade over an HDD. But if you want a quick and easy way of bringing faster storage to a PC or laptop, getting a 2.5inch SSD is probably your best option.

It is when we start talking about M.2 SSDs that things start getting more complicated. I will do my best to keep things simple and straightforward, so it is best to state from the outset: ‘M.2’ does not mean one type of technology or indicate faster speeds. M.2 is a form-factor – essentially a small port on your motherboard for connectivity. It is not exclusive to SSDs either – for example, I recently had a look at the ECS LIVA X2 mini-PC and that makes use of an M.2 WiFi card. So when you see the term ‘M.2 SSD’ all it means that the SSD is making use of the small form-factor.

This means many M.2 SSDs still use the SATA interface, and as such offer the same performance to a regular 2.5inch SSD. An example of this is Kingston’s M.2 SSDNow range.

Where things get more complicated is when you incorporate PCIe SSDs. A PCIe SSD is simply an SSD which uses the Peripheral Component Interconnect Express (PCIe) bus to send information instead of using the slower SATA bus. You probably know that a graphics card, for example, would use the PCIe bus to communicate with the rest of the system. Using the technology for SSD storage means faster speeds – as PCIe lanes are higher bandwidth. The latest PCIe 3.0 lanes, for example, offer just under 8Gbps per lane. So when an SSD says ‘PCIe 3.0 x4’ it has potential bandwidth up to 32Gbps (as 4 lanes at 8Gbps each equals 32Gbps).

So what I’ve hopefully made clear so far is that an SSD can make use of either the SATA or PCIe bus. An M.2 SSD is simply the physical form an SSD takes, while still being able to use either bus.

For example, you have the previously mentioned Kingston M.2 SSDNow series which is M.2 but uses the SATA interface. There is also the pricey Samsung 950 Pro M.2 SSD, which uses the PCIe bus. As PCIe lanes have higher bandwidth, you can expect an SSD using the PCIe bus to be faster than a SATA SSD. A 256GB 950 Pro M.2 SSD, for example, has advertised read speeds up to 2200MBps – dwarfing any SSD using the SATA bus, which as we have previously said, has a 500MBps ceiling.

Finally, before moving on, there is one last improvement in technology to address – NVMe. NVMe is a bus protocol which seeks to replace the older ACHI protocol. I won’t go into too much detail, but NVMe SSDs can execute far more commands than anything using the ACHI protocol – as NVMe was designed specifically for modern-day SSDs, while ACHI is a much older technology pre-dating the emergence of PCIe drives. The general rule of thumb, therefore, is an SSD using the NVMe protocol will be faster than one using ACHI. SSDs using the PCIe bus can use either the ACHI or NVMe protocol – for example, the Samsung 950 Pro utilises NVMe, while the Samung SM951 uses ACHI. A bigger difference, though, is whether an SSD uses the SATA or PCIe bus – so that is what we will focus on.

Well, what SSD should I buy then?

So far I hope I have made clear the differences in modern SSD tech. There are different physical forms an SSD can take (2.5inch drive, M.2 drive or PCIe expansion card), while it can use either the SATA or PCIe bus.

The trick in knowing what SSD to buy, then, is knowing what your system supports. If you are reading this and thinking ‘I have no idea if I have an M.2 slot’ or ‘the only PCIe expansion slot I have is taken up by my graphics card’ then you are probably best off buying a 2.5inch SATA SSD. Given that SATA SSDs are limited in speed by the SATA bus (as we have already seen) you can’t really go wrong nowadays when buying a 2.5inch drive. I am confident in saying any SSD will be an improvement over your current hard disk.

For example, I recently installed an SSD in my parents aging PC. The PC itself is at least 5 years old and is generic as they come. It is so old it only supports SATA II, not the newer SATA III. Despite this, an OCZ Trion 150 boosted their read/write speeds to around 250MBps, compared to just 50MBps from their old HDD. The system booted noticeably faster too.

Next up, buying an M.2 SSD. M.2 ports are newer and therefore less prevalent, but are featured on Z97, Z170 and X99 motherboards. If you don’t know what they are, you probably don’t have one. If you do have one of those motherboards there is a chance you can buy a smaller, discrete M.2 SSD. It is worth pointing out, though, a M.2 slot on a Z97 motherboard won’t support PCIe SSDs, so you will have to get a slower SATA M.2 SSD. Z170 and X99 motherboards should support the fastest PCIe 3.0 x4 SSD drives on the market, specific models depending.

More recent laptops, too, have M.2 ports – though I would always advise you to check before you buy. However, I am yet to see any laptops which support PCIe M.2 drives, so again, you will have to stick to a SATA drive like the Kingston SSDNow range mentioned above. If in doubt, a 2.5inch drive will almost certainly be supported by your laptop.

From there, it is just about getting what you can afford. M.2 SSDs are current capped at 512GB, though that will set you back £250. A smaller, 256GB drive would be enough for your OS and some games – letting you feel the benefits of a snappier system while saving some costs. Anything above 512GB and you will need a full PCIe expansion card – like Intel’s very pricey 750-serie.

So I hope this has helped decipher a lot of the alphabet soup surrounding modern-day SSDs and helped you come to a decision over what technology suits you best!

Note: I have purposely left out U.2 SSDs from this article as M.2 is currently much more prevalent. Many motherboards are yet to adopt U.2 connectors so for the sake of simplicity, and given many would not be able to use one anyway, I have not included them in the discussion.