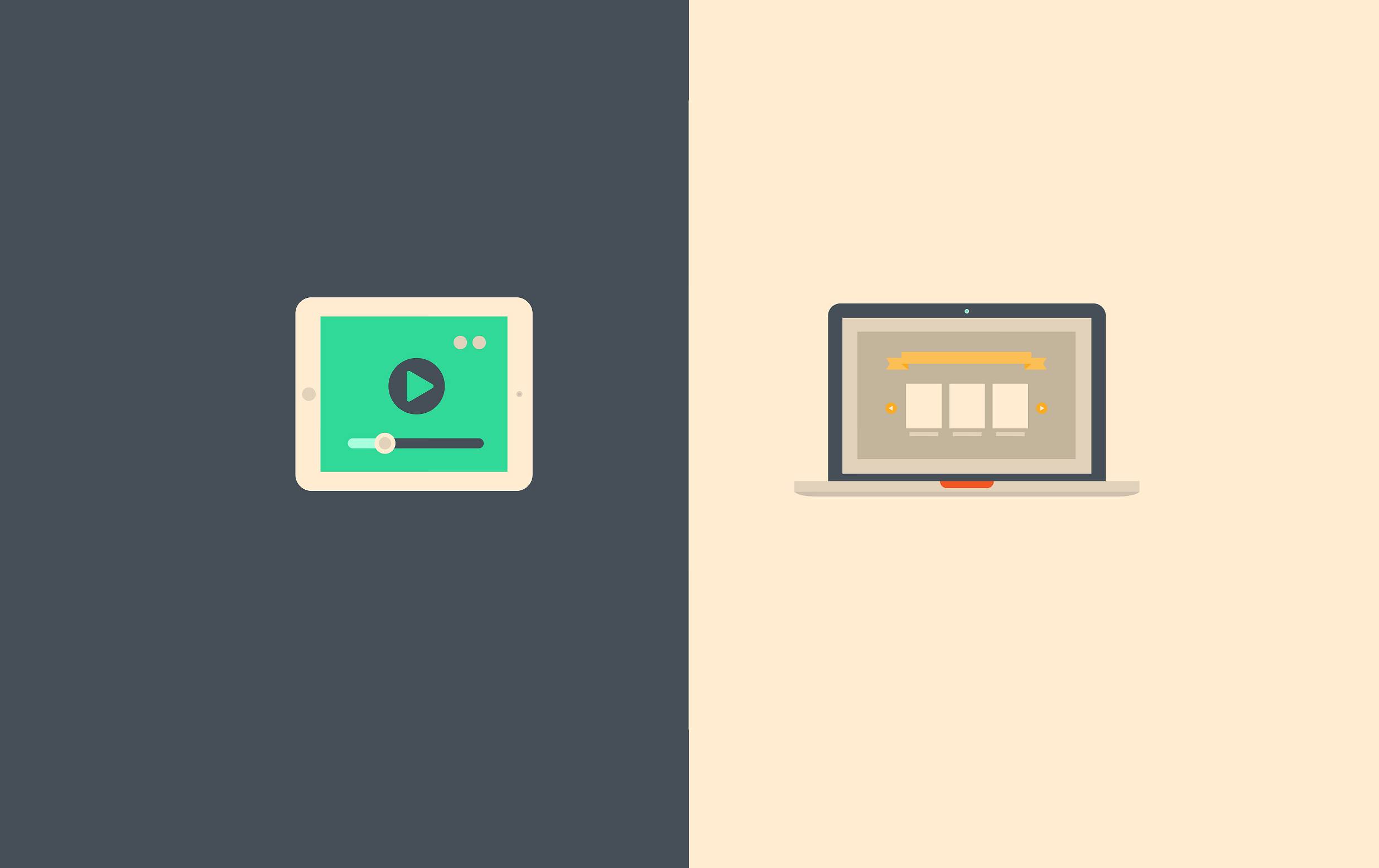 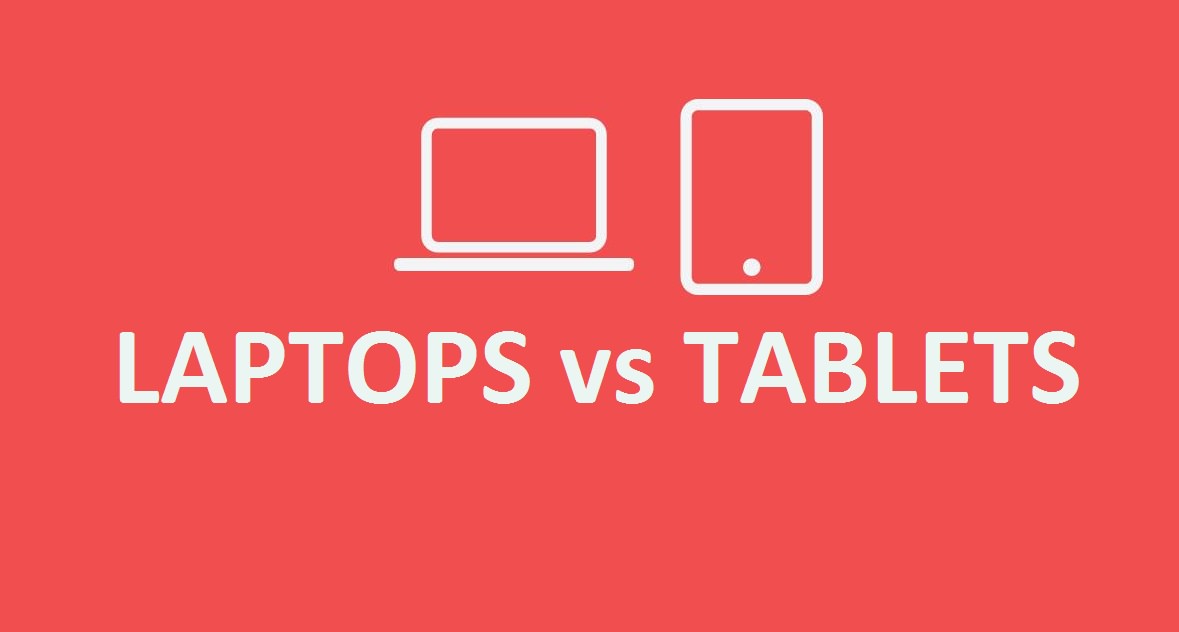 Laptops and tablets have, despite being similar, come along way.  Still, it is hard to determine what you need, and how much you’re willing to spend to get what you need.  Before we go too far, let’s look at our contenders.

Laptops win over tablets in one critical area, and that’s power.  A good laptop CPU will outrun the processor of a tablet any day. However, they require lugging around more than a tablet. Laptops have, at the minimum, a power cord, and if you purchase extra peripherals, like a mouse, you add to the amount you have to carry with you. Also, laptops will generally run you more upfront. While there are certain types, like the Chromebook that you can pick up relatively cheap, it will still set you back about $199.99 new, depending on where you go.

Tablets are all about ease of use. One touch of the screen is far simpler than clicking a mouse, and the lack of extra peripherals means there’s less to carry around. Of course, you can buy a keyboard for it, but you don’t need to, and it really promotes the idea of being quick and easy to use. Also, a low-end tablet could run you as little at 50 bucks, meaning the bar of entry is much lower. Unfortunately, tablets come with their own drawbacks. First of all, tablets cannot run a lot of the software laptops can because they lack the processing power to do so. Also, they are more difficult and, therefore, more expensive, to get repaired, due to the more involved approach of getting to individual components.

Now that we know the stats, then, it would be a good idea to weigh some of the individual devices. One theme that is pretty consistent is that the better the hardware performance, the higher the price tag. In making an informed decision, it’s really important to know what you want to do with your device, and what each one packs under the hood.

The current champion of good battery life is the Lenovo Yoga 3, which can retain battery power for up to 15 hours in use once disconnected from a power supply. The use of the phrase “in use” is critical, because battery life when not being used is always higher. The Lenovo Yoga 3, however, will reach, on average, around $800.

Perhaps you’re a Mac user, in which case you’re in luck, as most iPads fall in the 10 to 12 hours of use. iPads are a cheaper option compared to the Lenovo, but they can still hit anywhere from $199 to $399. Of course, there are cheaper options, but the battery life will be sacrificed to accommodate that low price tag. One example is the Nextbook 8, which comes in at under $100. It also sports a battery life some have quoted as being around two hours.

Laptops are also more of a ‘get what you pay for’ in terms of battery life. Macbook Pro laptops can easily clear 15 hours, up to 16 hours. They’re also upwards of a $1,000 a piece, some less, some significantly more. The Lenovo ThinkPad boasts similar at the end of the day, but the battery life can be sacrificed a little to save on costs. While two hours is incredibly low, a good laptop with 10 to 12 hours of battery life is relatively cheap. Where battery may be more of a factor is tablets. As tablets are often used to kill time with web browsing and playing games, a longer battery life may come in handy, and may be worth the extra coin upfront.

Performance is really a matter of answering one question: what will you use it for? The first question is harder to answer because we often use our devices for many things. If you’re a gamer, for instance, what kinds of games do you play? Candy Crush will work on either, but X-COM 2 will probably last a few seconds on most tablets. Do you write a lot, or make presentations for work? A laptop will be easier to use, but making changes on the fly will be easier on a tablet you can just pull out and quickly load.

However, picture takers are almost always better off going with a tablet. Even tablets with a camera only above the screen allow for much easier use, and a lot come with front facing cameras, turning your tablet into a camera. They’re also much easier to move files around, especially if you use Cloud sharing frequently. Tablets are easily the go to for anyone who intends on pulling it out as often as a mobile phone and beat laptops every time in terms of accessibility.
Always remember that performance is a collection of different components working together, and not all components are the same, or will appeal to you. While a gamer may enjoy an $800 laptop or a $400 tablet because it has a faster processor, someone who just wants to surf the web doesn’t need all that power. Increased power will come with increased price most of the time, and you shouldn’t pay for something that can do things you will never do.

An option that is becoming increasingly popular is a hybrid – more commonly called a 2-in-1. These offer the ease of use that comes with a tablet, and yet the interface and depth of a laptop. Most 2-in-1s aren’t as powerful as laptops, but that will change over time.

Honestly, it’s really all about personal preference. Some people want the whole world at their fingertips, and some people want a more traditional PC experience. Really, there’s no wrong answer, and both come with pros and cons galore. What important is determining what product fits your life, and wallet, best. If you can afford a high end, powerhouse of a device, with an insanely long battery life, then go for it. If you want something that you can pull out like a notepad at a moment’s notice, that’s where you need to be. What’s important is that you figure out where and when you will be using it, or even who will be using it, and find the laptop or tablet that will fit that need.

The Best Detachable Computers
Smart Home on a Budget
To Top