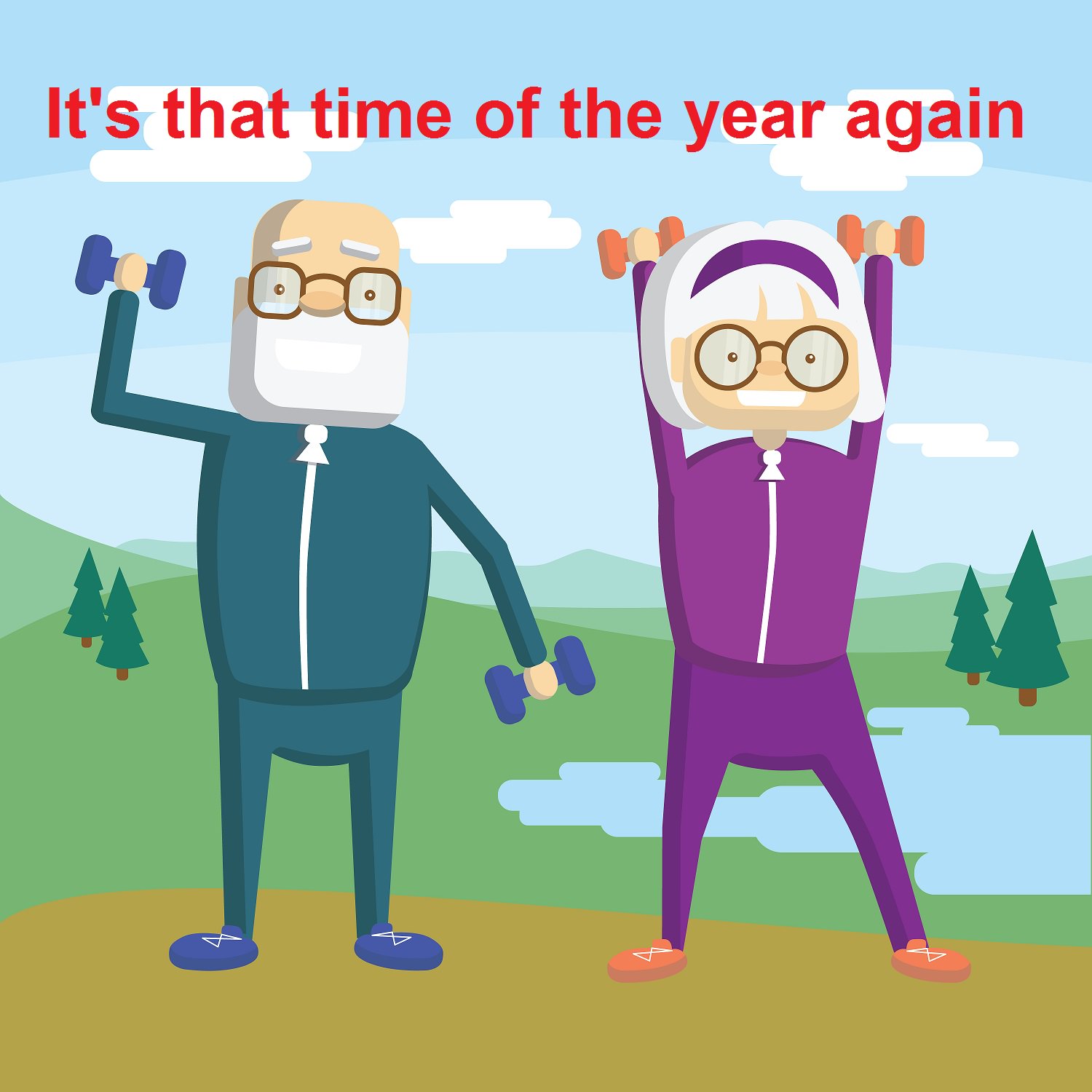 It seems to be imprinted in our DNA that every January we vow to work off the Christmas excess by dieting and exercising.

No sooner has the sound of jingle bells faded do we start eating like emancipated rabbits and embark on a training regime which would put an Olympic athlete to shame.

Of course, it doesn’t last.  We open a cupboard and discover a box of Matchmakers we somehow missed at Christmas.  There goes the diet.

The exercise doesn’t fare much better.

Let’s face it, January isn’t the best time to start running.  It is literally freezing outside.  You could do yourself an injury. 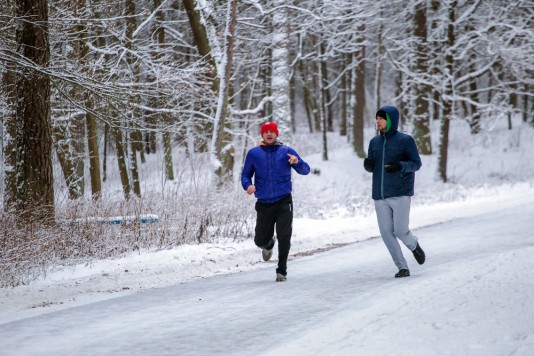 It isn’t any easier if you are a gym bunny.

Who has the time?  Fitting in a session before or after work might be fine for a while, but is it really worth the effort?

The problem we all face is being able to measure progress, set achievable goals, and, most importantly of all, have the motivation to carry on. 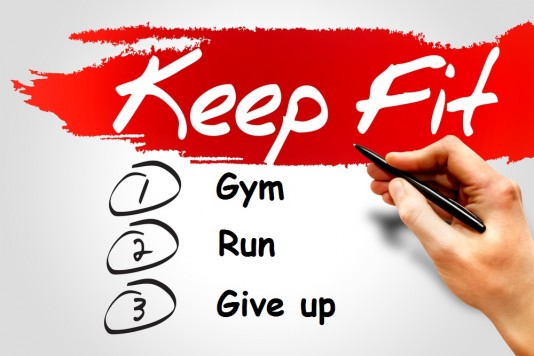 It doesn’t matter how good, how cool, or even how expensive the technology is; be it a running watch, activity tracker or toning belt, it is not going to make you lose weight or suddenly turn you into an athlete.  Not on its own at least.

I know, what a sickener.

Will power, discipline, and determination is what you need.  Unfortunately it can’t be bottled and sold and is well out of the reach of 99% of us.

But we can try, and eating healthily and exercising always seems a little easier if we have some shiny new gadgets to play with.  Even if ultimately we go back to our old ways.  Which of course no-one reading this blog will do.  Obviously.

Running away with wearable technology

We all like wearable tech but if you are going to be running as part of your exercise regime you will want to measure your progress.  A running watch or smartwatch is ideal for measuring miles covered, calories burned, and following a route.  But which is best?

Let’s start with the difference between the two devices.  A running watch, unsurprisingly, is dedicated piece of kit used solely for running.

A smartwatch on the other hand is more or less a clone of our phone and you will need to download an app such as RunKeeper to track your performance.

If you are serious about running, a running watch is the device you need.  They are easier to use when on the move as, after all, they are designed for running.  A smartwatch on the other hand (or wrist) doesn’t have dedicated buttons or controls so is harder to reset or consult when in the middle of a run. 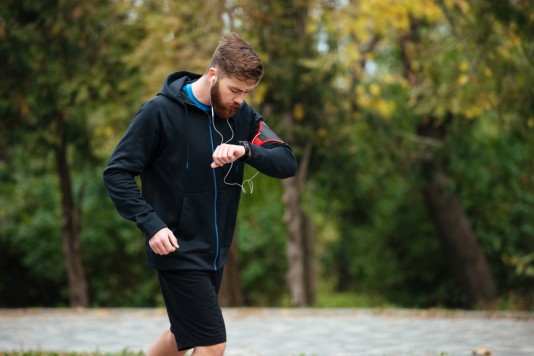 Of course, if you are a semi-enthusiast there is probably little point in purchasing a running watch and a smartwatch will be fine for the occasional run.  There is little difference in accuracy between the two types of watch so you will be able to get a true picture of your workouts whichever device you use.

One factor you may wish to consider is battery life.  A smartwatch is constantly running a number of apps and will quickly drain its battery compared to a running watch whose battery will last far longer between charges.

Budget wise, there isn’t much difference with each type of device having a varied range from affordable to premium price tags.

Possibly the most popular, or common, piece of wearable technology, there won’t be many of us who haven’t tried one of these gadgets at some point.

They vary in sophistication, and price, from the basic models which track steps, distance, and calories burned to the top of the range devices which are more or less smartwatches.  Most activity trackers will use Android and their associated apps can be downloaded to your phone.

Most activity trackers are worn on the wrist though there are some clip on models available.  Like smartwatches, most trackers are very stylishly designed and look great.

They are as much a fashion statement as a fitness accessory – which is good news as you will always be able to wear it even if you’ve given up on your exercise regime.

Rise of the super smoothie

As part of our health kick more and more of us are turning to smoothies and protein shakes to help us eat (or drink) more healthily.

The whir of a blender or juicer is a familiar sound now and can be heard from kitchens as we throw fruit, juice, milk, greens, protein powder and everything else under the sun into them. 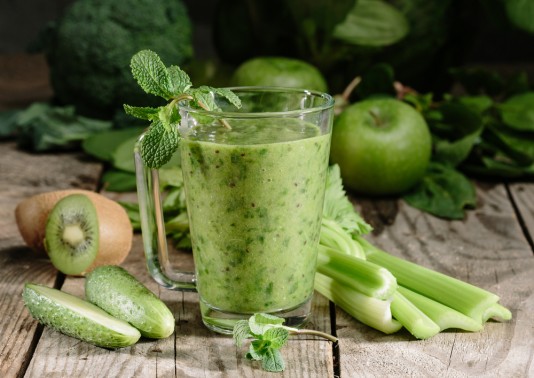 A whole ‘juicing’ movement has sprung up with gurus expounding the health benefits of smoothies and blending our greens and fruit.  It is the way of the modern world of course that however many people tell you how good smoothies are for you an equal number will say they are bad for your body and health.

Who’s right? Who knows?  But, as a dedicated advocate of protein shakes and smoothies I’m firmly in the ‘blend it and be damned’ camp.  You’re drinking fruit and veg.  How can that be bad for you?

Whether it’s a running watch, activity tracker or a new blender we have the tech you need to back up that grim determination you have to exercise and eat healthily.