A 3D pen uses plastic in the way a normal pencil or pen uses lead and ink. Fed down the middle of the instrument the hard plastic filament is heated until soft and expelled from the nib. This leads to endless possibilities – at least until you run out, to mould the plastic into 3D models.

Because of the tech that goes into heating the plastic, and the fact 3D printing technology is still in its early stages, the pen is a lot bulkier than your usual drawing instrument. It also takes a bit of practice to perfect the technique, but you’ll see that later.

I had the chance to put one of Ebuyer’s top selling 3D pens through its paces – the 3D Styler.

Here’s what I found: 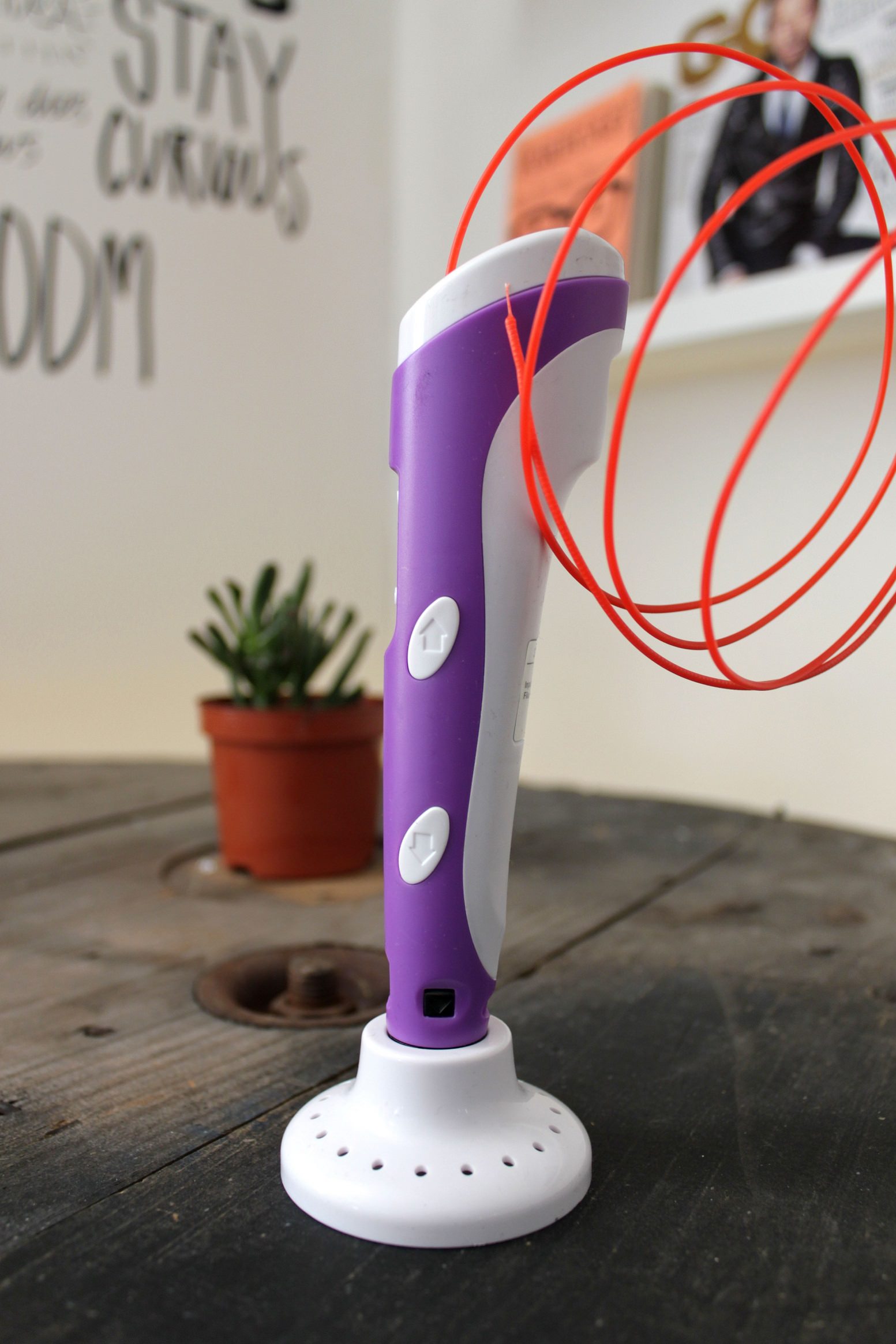 The pen uses coils of plastic filament fed through the end of the pen. Although it looks portable, I could only use this pen if it was plugged in. It’s available in a range of bright colours, and works with both ABS and PLA filaments – two are included in the box when you buy.

The plastic hardens pretty much instantly and it the temperature is adjustable – great safety features if the kids are using it. Although bulkier than a normal pen or pencil, its ergonomic design made it easy to hold and manoeuvre.

When I watched tutorials online about 3D pens, there were a couple of ways to use them. You could build up models using layers, or draw out simple line graphics to enhance 2D creations. 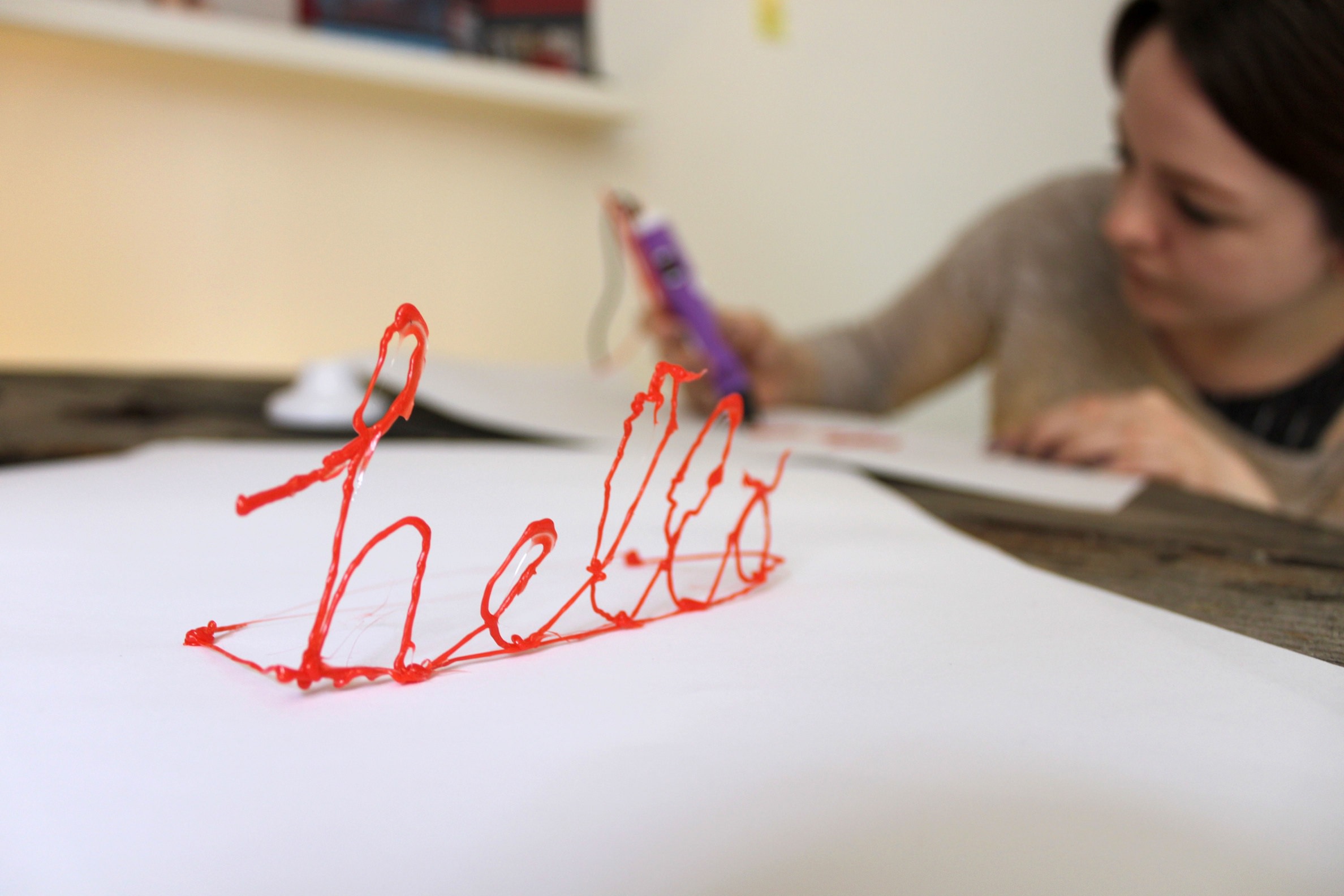 My first attempt was try and trace a simple design I’d drawn out on paper, then attach it to a U shaped frame to help it stand on its own. You can see the lettering is pretty shaky, you have to get used to the speed the molten plastic leaves the pen, then set your pace for tracing to get a smooth outcome. To attach the graphic to the frame, I used the plastic like glue and blobbed it onto the base of the lettering.

You can see below that after a couple of attempts I’d got into the rhythm, and improved my technique tenfold. I even managed to do some shadow detailing with another coloured filament. 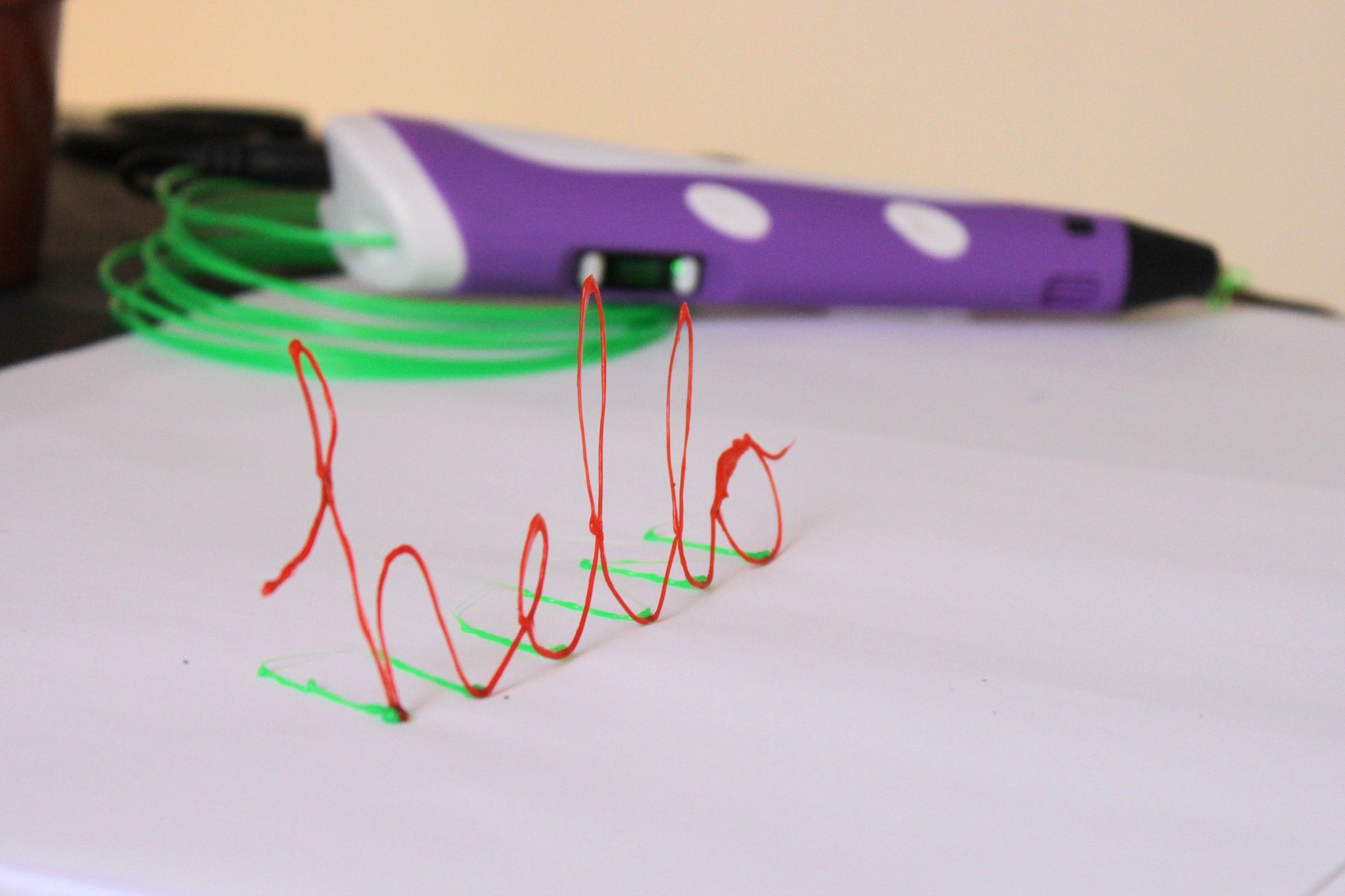 The next technique to try was building up layers and create a 3D standalone model. I tried to create a simple stem by spiralling the green filament upwards, letting it dry a little as I went to strengthen the base. Then, once I had a sufficient stem, I separately created a flower head, layering the red filament over the same 2D pattern. Then, using the plastic as glue, stuck them together. You could do this with all kinds of shapes.

Once I’d got used to it, I found this pen really easy to manoeuvre.

I think it would be good fun to use with children as a starter into Design Tech or CAD/ CAM. It would also be a handy tool for card and poster designers to add that something extra to their creations.

Or even just a good tool to prototype and test what sketches will look like in 3D. An all-round great piece of tech for those with an artistic flair.

Check out the Ebuyer range of 3D Styler Pens here

How POE can protect your business
Gaming and SSDs
To Top