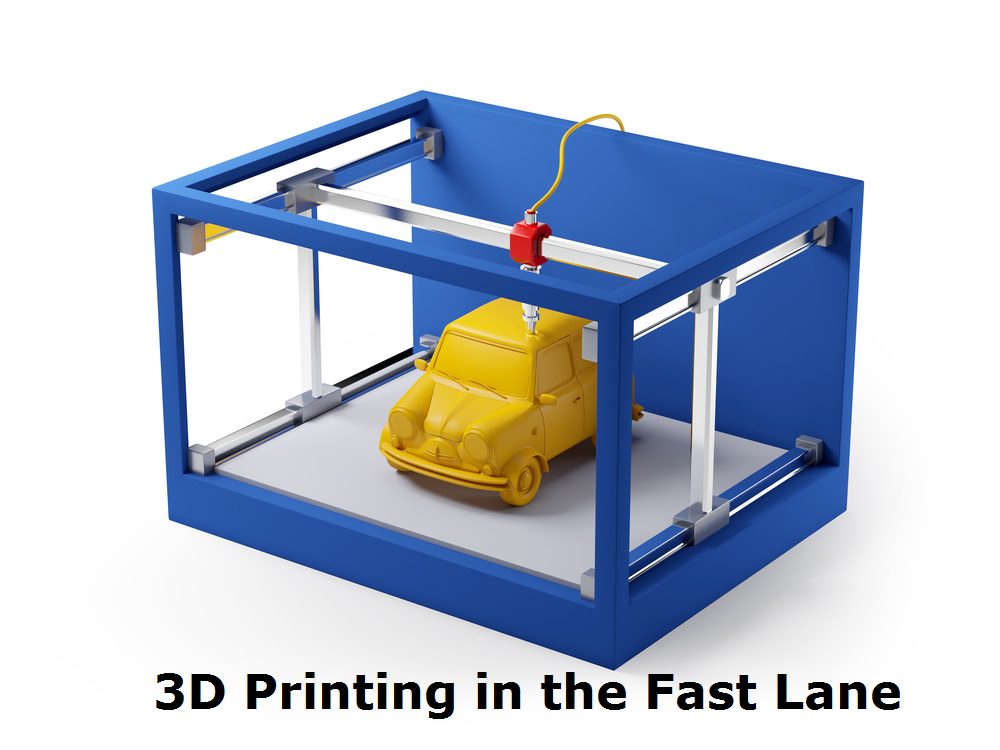 For those involved Formula 1 has always been a licence to print money but now McLaren have gone in a completely different direction.  They are printing car parts.

Whatever you think of Formula 1, and I stopped watching it when James Hunt retired, it certainly attracts attention and provides a great spectacle for its fans.  All backed up by some incredible engineering and technology.

Pushing the boundaries is nothing new for the innovators behind the amazing cars and they have now brought the world of 3D printing into the pit lane.

It wasn’t too long ago that I was at a trade show being amazed at a demonstration of one of the first commercial 3D printers.  Great technology, but surely any practical applications of it would be light years away?  Wrong.

It’s unbelievable how quickly 3D printing has evolved and now to see it being used in Formula 1 is sensational.

What are McLaren doing?

They will be using 3D printing to not only produce race-ready parts but they will also be printing ‘on-demand’ at the trackside during races or tests to produce parts on an ‘as and when needed’ basis. 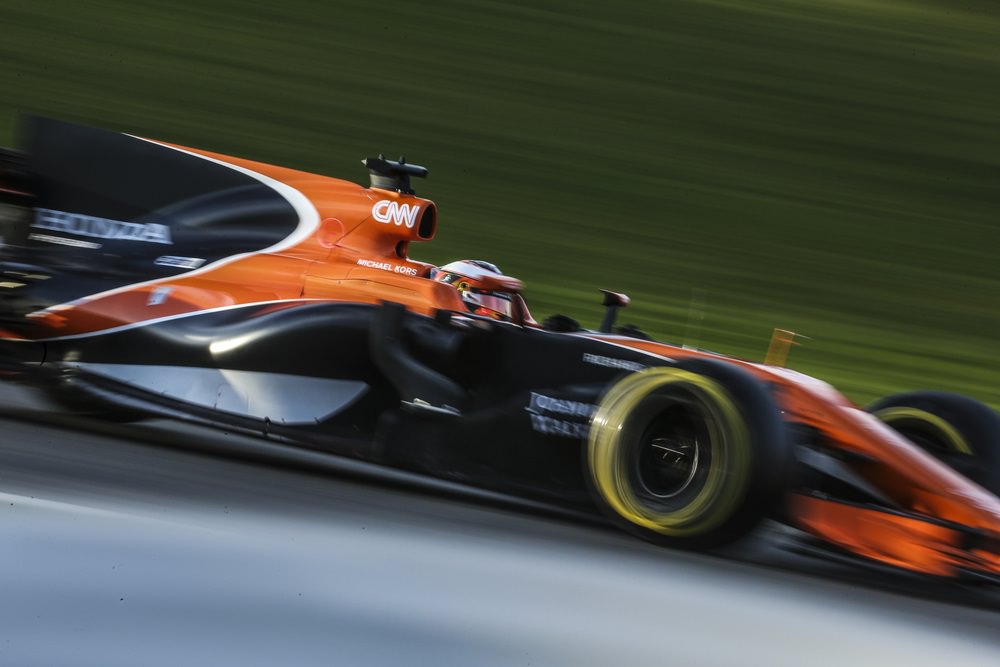 It isn’t just parts either.  McLaren will also be using their 3D printers to produce tooling to speed up the production process.

Neil Oatley, Design and Development Director at McLaren, told BusinessWire: “We are consistently modifying and improving our Formula 1 car designs, so the ability to test new designs quickly is critical to making the car lighter and more importantly increasing the number of tangible iterations in improved car performance.

“If we can bring new developments to the car one race earlier – going from new idea to new part in only a few days – this will be a key factor in making the McLaren MCL32 more competitive.”

Formula 1 moves at a fast pace on and off the track and if McLaren can use 3D printing technology to introduce new components days or weeks before they would be able to using traditional technology, they will increase the competitiveness of their car.

It is also possible the newly printed plastic components will be lighter than the usual parts so could even provide some marginal gains in performance.

The limits of 3D printing

The process of printing out a 3d component is still very slow.  So what are McLaren able to do during a race?

Obviously there are limits.  No-one is suggesting a Formula 1 team will be able to print out a new engine or front wing if a car is involved in a crash during a race. 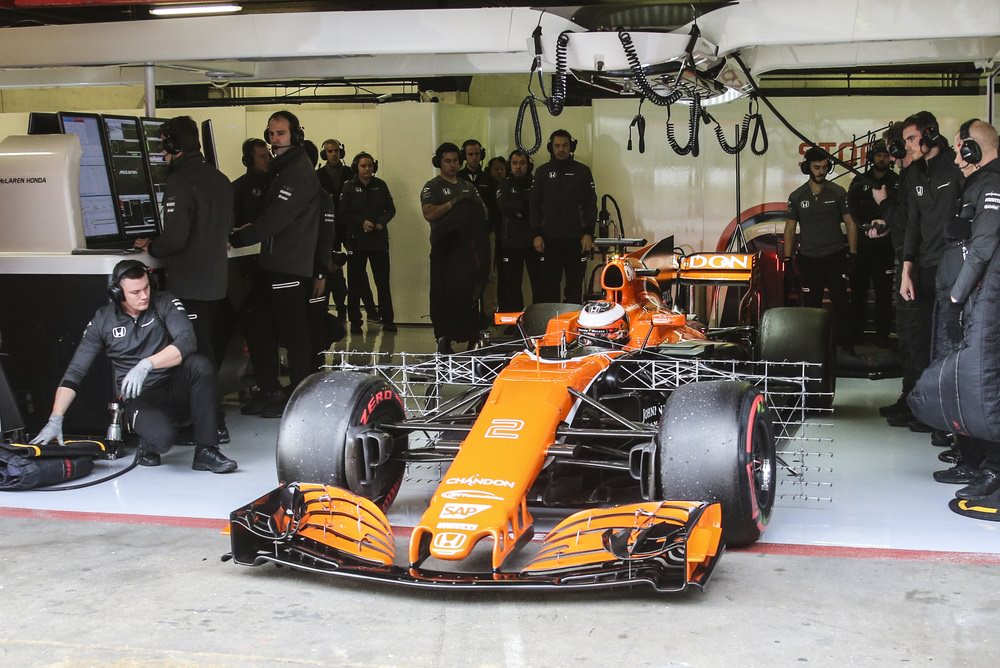 But, being able to react to changing conditions between practice and the start of a grand prix could be a massive advantage.

If the weather or conditions change or a new part is needed, boffins back at a team’s HQ could create a design and email it over to the racetrack to be printed out and fitted.   It could be the difference between winning and losing. 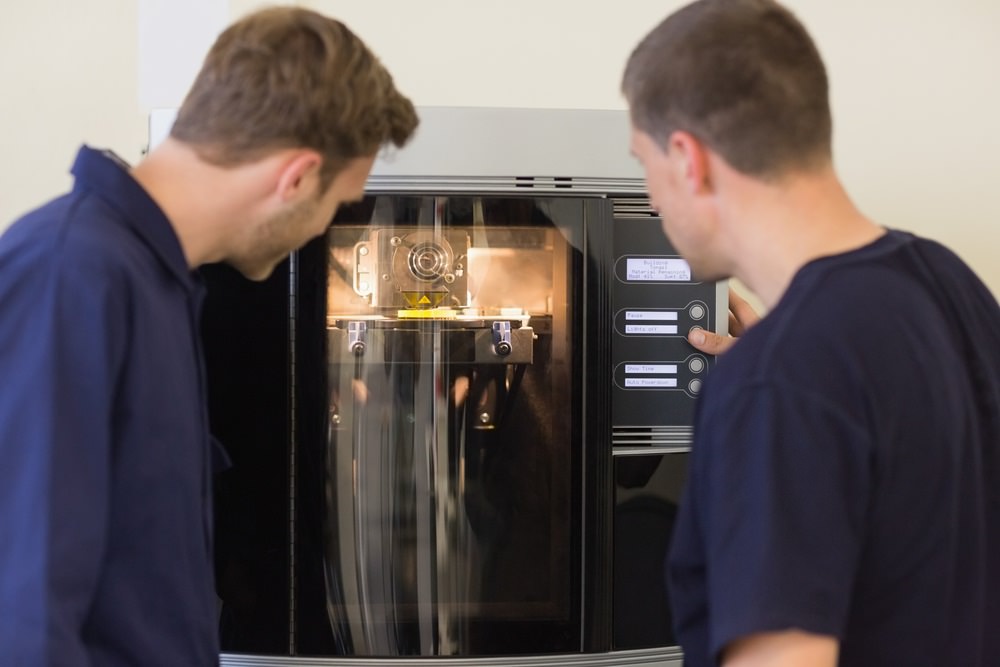 McLaren’s trackside 3D printer will be in the pits for the first time at the Bahrain Grand Prix held between the 14th and 16th of this month.

We’re not saying you can print off a Formula 1 car overnight and become the new Lewis Hamilton but, if you want to explore the world of 3D printing, we have a great range of printers from entry level machines to high-end solutions.  You can see the full range here.