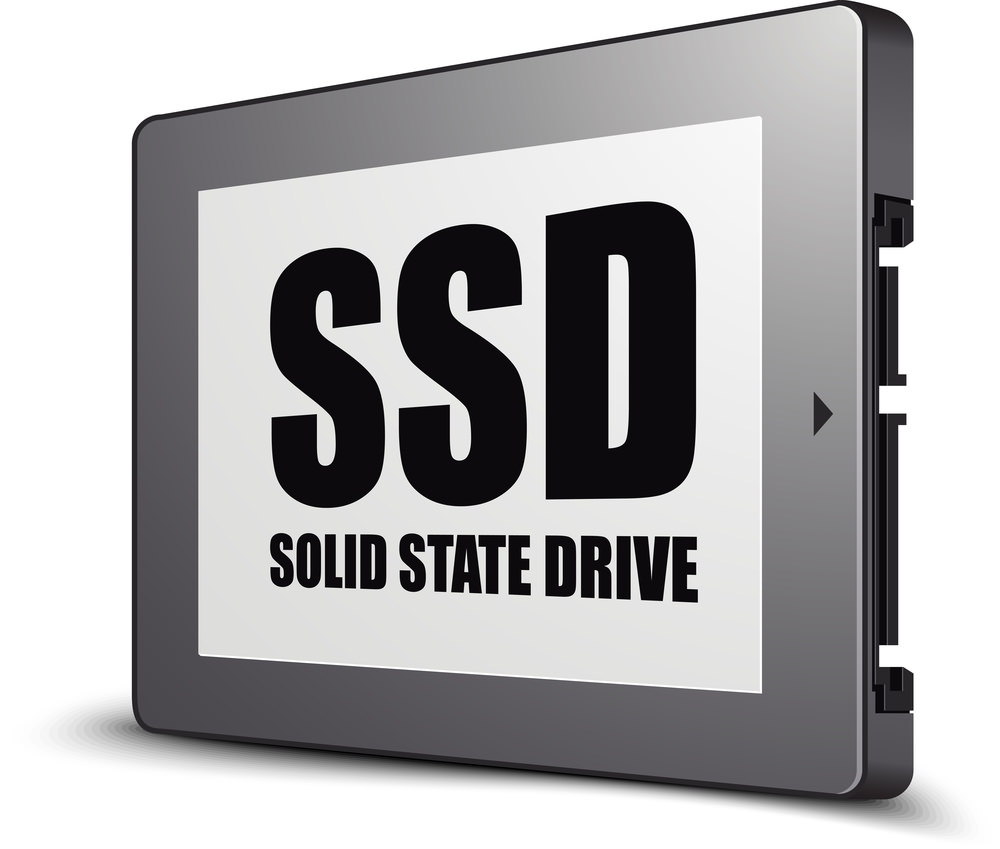 Upgrading your PC by adding a Solid State Drive (SSD) is an easy way to boost the performance and reliability of your computer.  Indeed, many new PCs and laptops now include an SSD as standard.  But, why are these drives preferable to the traditional Hard Disk Drives (HDD)?

What is the difference between SSD and HDD?

The basic difference is in how the two types of drive work.  The traditional Hard Disk Drive has moving mechanical parts and stores data on spinning platters. 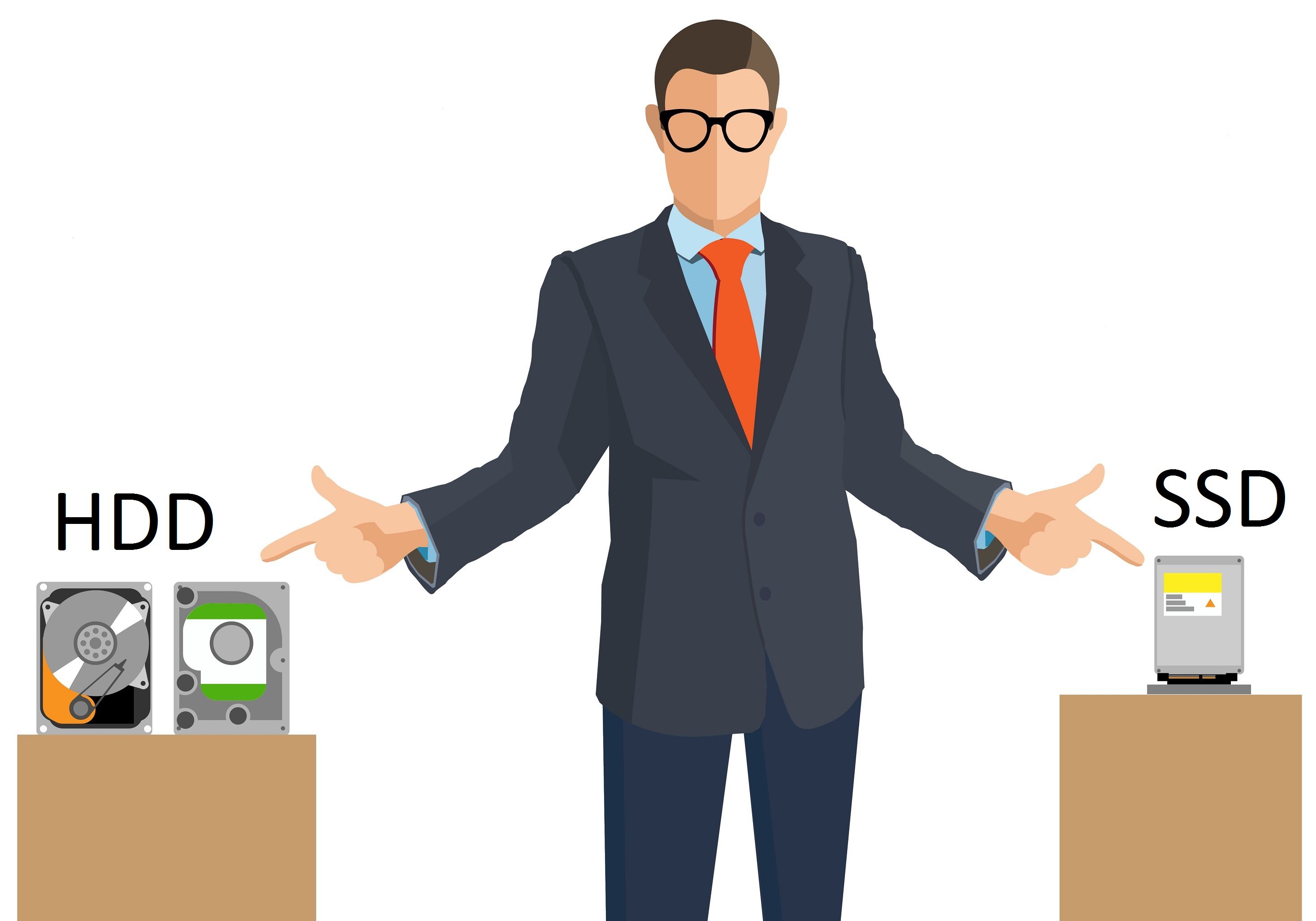 By contrast an SSD stores data in the same way as does a USB flash drive so is much quicker.

What all this means is that a Solid State Drive will store data, launch applications and boot up your system much faster than would an HDD.

Why use an SSD?

As we illustrated above a Solid State Drive is faster than a Hard Disk Drive.  But what does this actually mean in practical terms?  An SSD will:

The system as a whole will appear faster so it’s a win win situation all round than?  Well there is a slight downside with using Solid State Drives in that they are more expensive than HDDs so for higher capacity you will have to pay more.  But many will argue that the advantages of using an SSD far outweighs the additional cost.

Finding the best SSD for you

Like any computer component or piece of hardware SSDs vary in performance and specification.  But how do you choose the best drive for you?

To choose an SSD you need to look at its specifications.  These will include:

Read speeds:  The read and write speeds of an SSD is measured in megabytes per second.  So, in product descriptions, you will see, for example, 450MBps.  The higher the number the faster the drive.  Look for at least 400MBps.

NAND flash memory type: There are different types of memory; MLC (Multi Level Cell) and SLC (Single Level Cell).  MLC memory stores more information on each cell so SSDs with MLC memory tend to be lower in price than drives with SLC.

Serial ATA – Usually shortened to SATA: This is the interface which connects the SSD to the computers motherboard.  Most, if not all SSDs, will use SATA but you need to make sure the one you choose is SATA lll as this is the fastest version.  You may also see SATA lll noted as SATA 600 or 6GBps in some product descriptions.

Form factor:  Most SSDs are 2.5”.  This is the usual form factor used in laptops though this sized drive can also be used in desktops with a cradle.  A cradle, or adapter, has to be used as most desktop PCs will only have a 3.5” slot.

Although there are 3.5” SSDs available the next most common size is mSATA.  This smaller drive is around eight times smaller than a 2.5” SSD and are made to be used in tablet PCs or smaller laptops and ultrabooks.

Capacity: As we have already discussed Solid State Drives pre-installed into computers do tend to have smaller capacities than their HDD counterparts.  However if you are looking for a new device, either as a standalone drive or as an additional drive, than you can find higher capacity models of up to 2TB at Ebuyer.com. 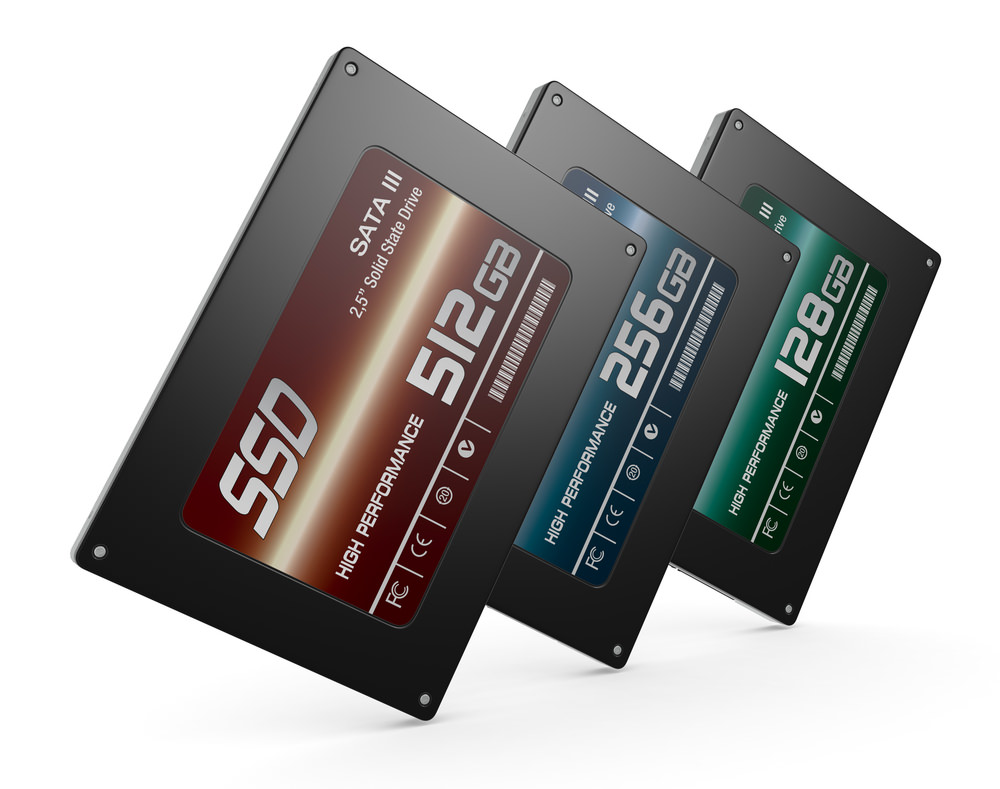 SSHD:  Solid State Hybrid Drives combine the best features of a Solid State Drive and a traditional Hard Disk Drive.  With an SSHD you get fast speeds together with a high storage capacity and at a lower price than you pay for a standard SSD .

Ebuyer.com stock SSDs from many different manufacturers including some of the biggest names in tech and all the leading brands in data storage including:

Corsair: A Solid State Drive from Corsair is an easy way to improve the performance of your computer.  You will immediately notice the difference a Corsair SSD makes with faster booting up and data saving.  You can see the full range of Corsair Solid State Drives here.

Crucial: One of the biggest producers of flash memory in the world Crucial supply a range of Solid State Drives which are guaranteed to enhance your machines performance.  The high-quality components used by Crucial ensure all their SSDs are ultra-reliable and are the perfect fit for any system.  Browse the extensive range of Crucial SSDs available from Ebuyer by clicking here. 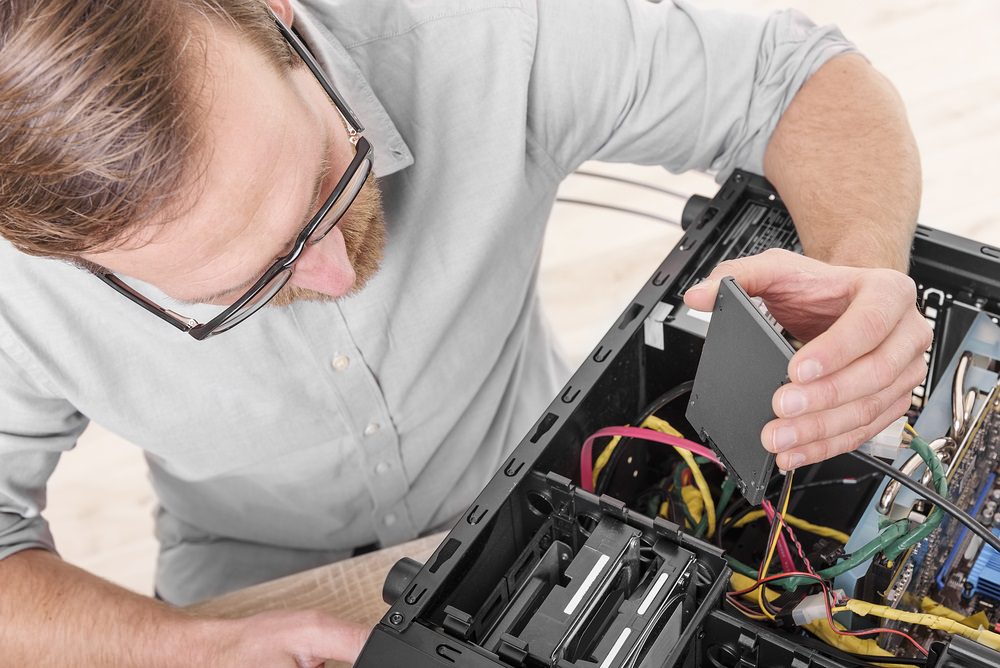 Kingston: Specialists in computer storage it is no surprise that Kingston produce a range of SSDs which are ideal for adding more pep to an existing system or as a completely new upgrade.  Fast data transfer, instant boot ups and quick fire applications are all guaranteed with a Kingston SSD.  Browse the full range here.

Samsung:  They need no introduction and, as you would expect from a company with the great reputation that Samsung enjoys, their Solid State Drives are incredibly reliable.  An ideal upgrade for your PC Samsung SSDs are built to last and deliver ultra-fast performance.  See the full selection of Samsung SSDs here.

Toshiba: Hybrid drives, traditional SSDs and mSATA drives from Toshiba can all be found on the virtual shelves of Ebuyer.com.  Choose from a range of high performance devices that have all been built using quality components and Toshiba’s famous eye for detail.  See the full selection here.

What does SSD mean?

What is an SSD?

An SSD is a device which uses flash memory to store and access data.

Is an SSD the same as a HDD?

In the functions it performs yes.  However an SSD is much faster and more reliable than a HDD.

What is the difference between a Solid State Drive (SSD) and a Hard Disk Drive (HDD)?

A traditional HDD is a device made up of moving parts which uses spinning platters to store data.  An SSD on the other hand uses flash memory and has no moving parts.

What are the advantages in using an SSD over a HDD?

An SSD is much faster and is much less prone to going wrong. 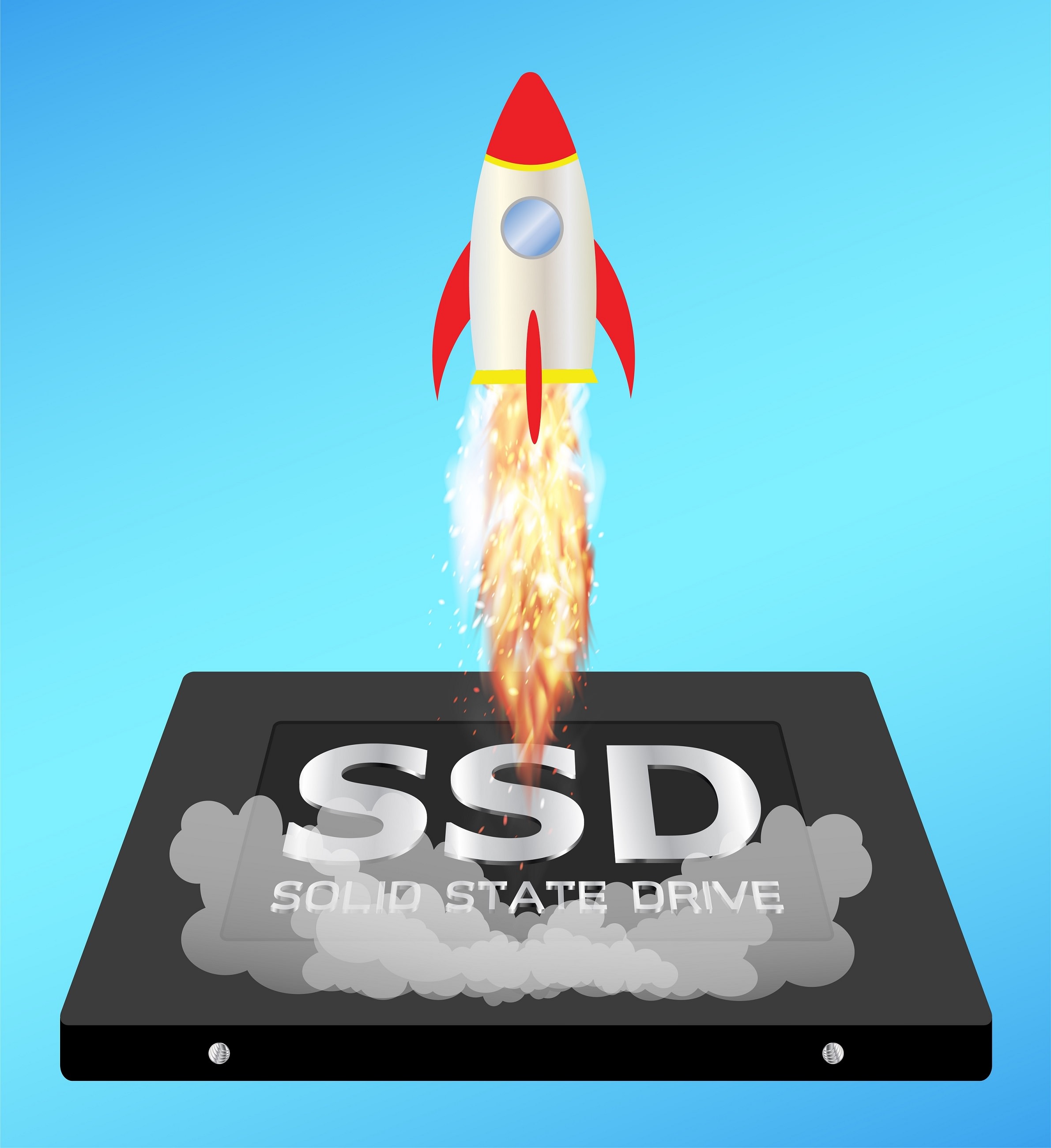 In addition they have blisteringly quick access times which means programmes and applications run much more quickly.  An SSD is also more efficient as it uses less power than a traditional HDD and costs less to run.

Are there any disadvantages to using a Solid State Drive?

Yes. They are more expensive than Hard Disk Drives and usually have less storage capacity.

Which is the best SSD?

This depends on the storage capacity and speeds you need.  There is no definitive answer to which is the best SSD but you are sure to find a drive with the specifications you require right here at Ebuyer.com.

Is an SSD reliable?

Because there are no moving parts in the drive an SSD is unlikely to fail and is much more reliable than a traditional HDD.

How much does an SSD cost?

The price of a Solid State Drive varies between models but they are generally more expensive than HDDs.  You will however find the lowest prices here at Ebuyer.com. 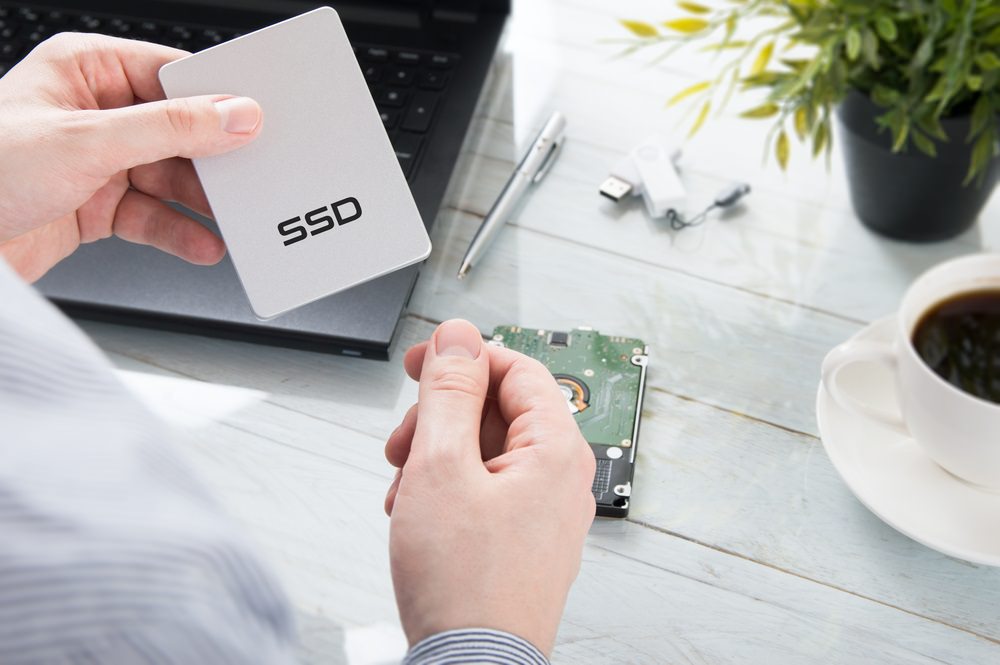 How much storage does a Solid State Drive have?

Again it varies.  Although large capacity SSDs are available they are generally smaller than HDDs with the most common sizes being 120GB, 240GB and 512GB when pre-installed in a PC.  As SSDs tend to have smaller capacities many people use an extra HDD for storing documents and other files or an external hard drive.

What sizes are SSDs?

Most are 2.5” so can be used in laptops and desktop computers (the later with an adapter) but less common sizes are 1.8” and 3.5”.

What is an SSHD?

A Solid State Hybrid Drive combines the flash memory of an SSD (as a cache for the data that is used most often) and the large storage capacity of a traditional HDD. 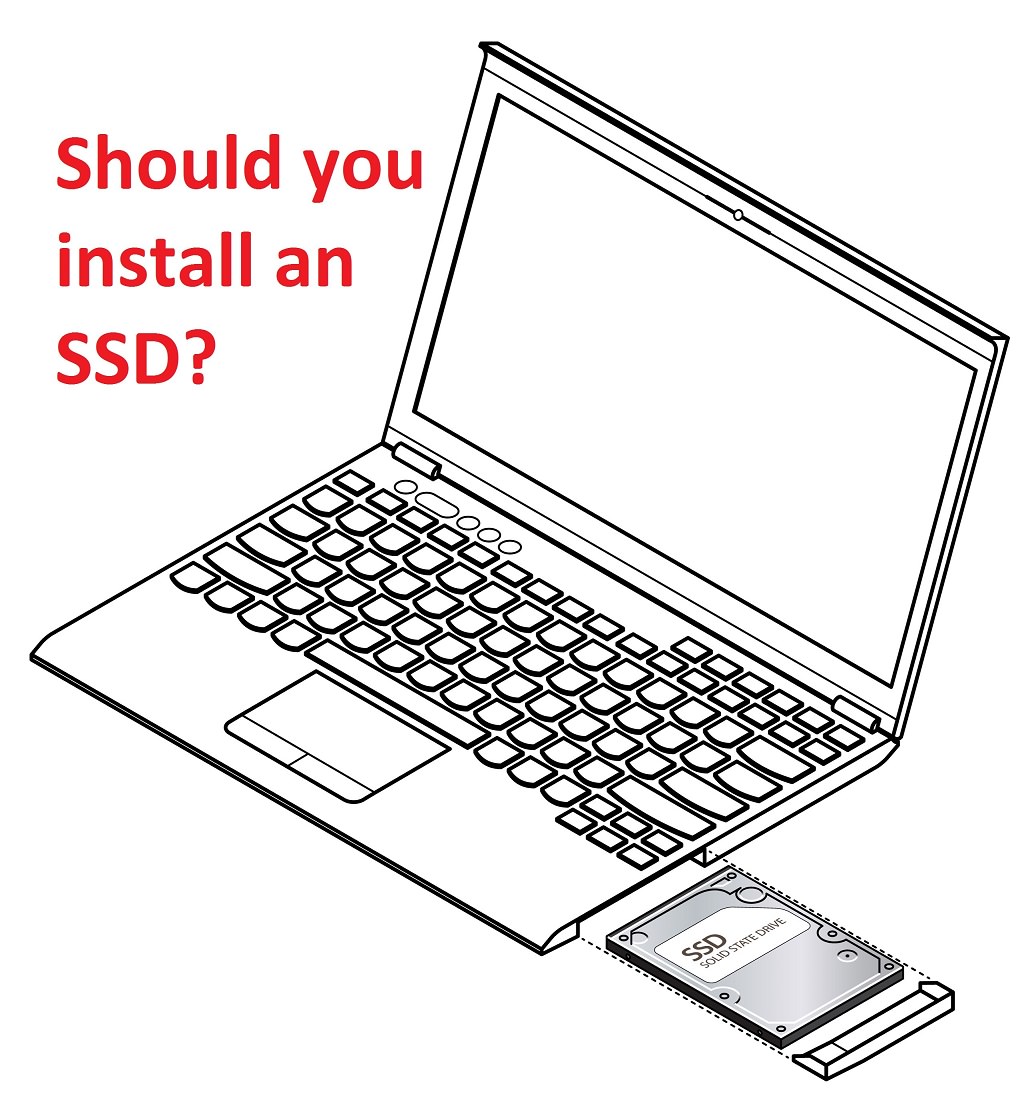