Wearable tech is a buzz phrase you can’t fail to have come across.  But, like many technologies we think of as new, wearable tech has been with us since the 1980s.

Indeed, you could argue it goes back even further to the days of wearing a pocket watch on a chain.  That all said, it is only in recent years the market has exploded as new technologies are developed at a breathtaking pace.

Now, gadgets we wear are commonplace.  Smartwatches and fitness trackers seem to be on the wrist of every keen or would-be runner and gym bunny.

Cyclists and extreme sports enthusiasts wear action cameras and there is a whole host of quirky and, some quite frankly ridiculous, wearable gadgets out there including some for your pet.

The story so far

It’s fair to say the tech has been a little hit and miss so far.  In fact gadgets have ranged from ground breaking to, at best, premature; Google Glass anyone? 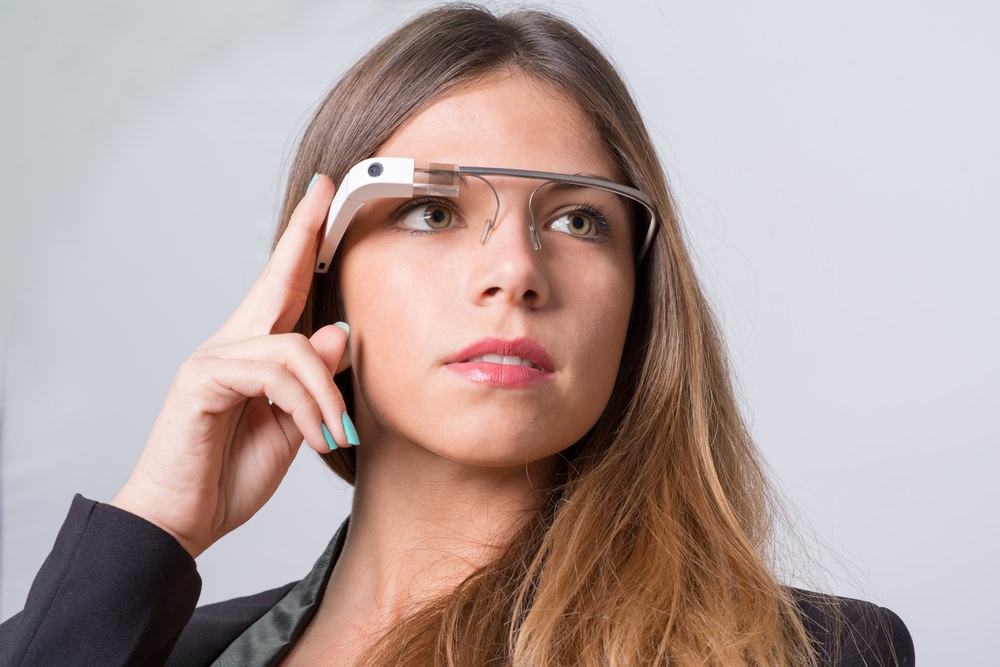 But the majority of successful gadgets are aimed at tracking fitness and monitoring health, of which there is a huge variety to choose from.

Smartwatches too have been phenomenally successful with models ranging from affordable to incredible in price.  Design is playing a key role in the market with gadgets and devices becoming ever more stylish; unsurprisingly really as they are designed to be worn more-or-less 24 hours a day. 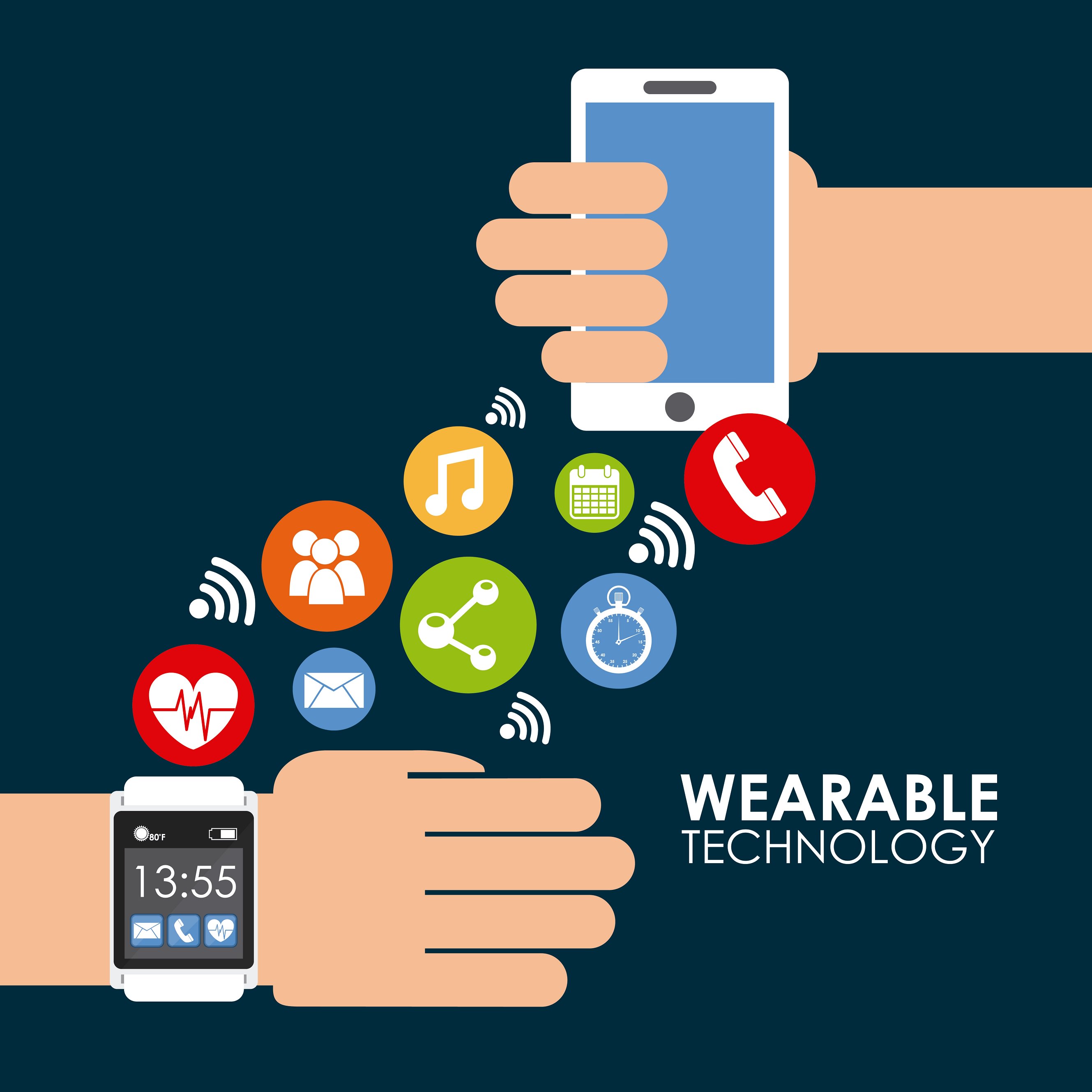 There is no question wearable tech has been most successful in the field of personal health and fitness.  The number and type of devices developed to track our activity, whether walking, running, cycling, or swimming is bewildering.

What is a fitness tracker?

The once humble pedometer has blossomed into an all-singing all-dancing device which calculates distance travelled, calories burned, pace maintained, and a thousand and one other snippets of data we can use to ensure we are exercising long enough and hard enough.  But that’s not all. 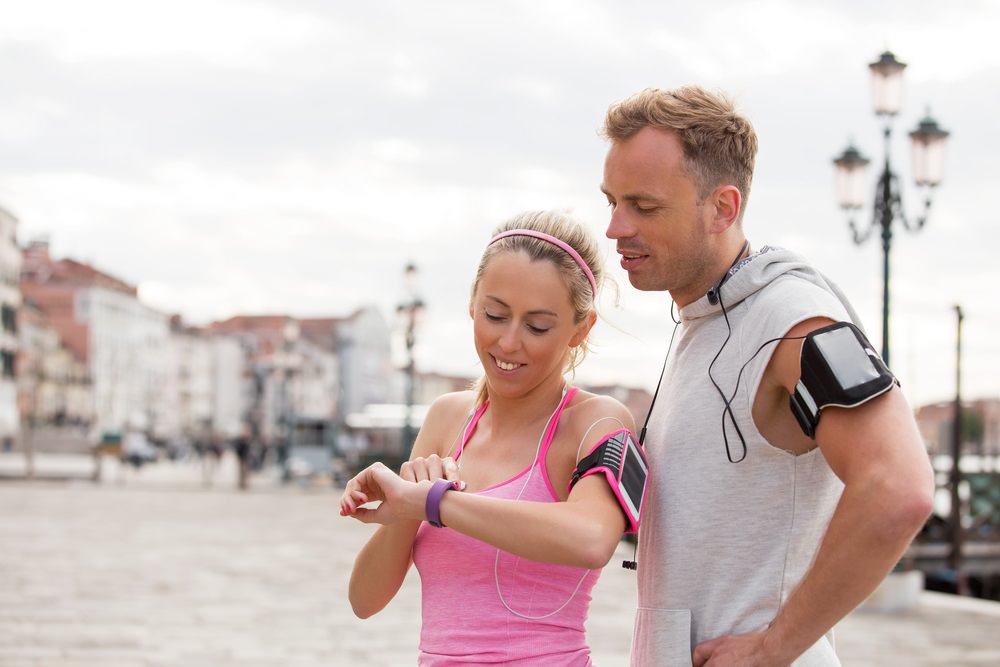 The apps associated with the device will track your diet, advise on training plans, and measure your sleep.  It will literally bombard you with all sorts of useful data.

All of which can be shared with friends allowing you to compare or compete with other users whilst setting personal goals and targets.

There are two basic types of fitness tracker; band or clip on.  The band, obviously enough, fits around your wrist whilst the clip on, equally obviously, attaches to your clothing or backpack.  Some trackers will have a small display screen, though many do not, but all transfer information to smartphone apps which display the data generated from the activity being tracked. 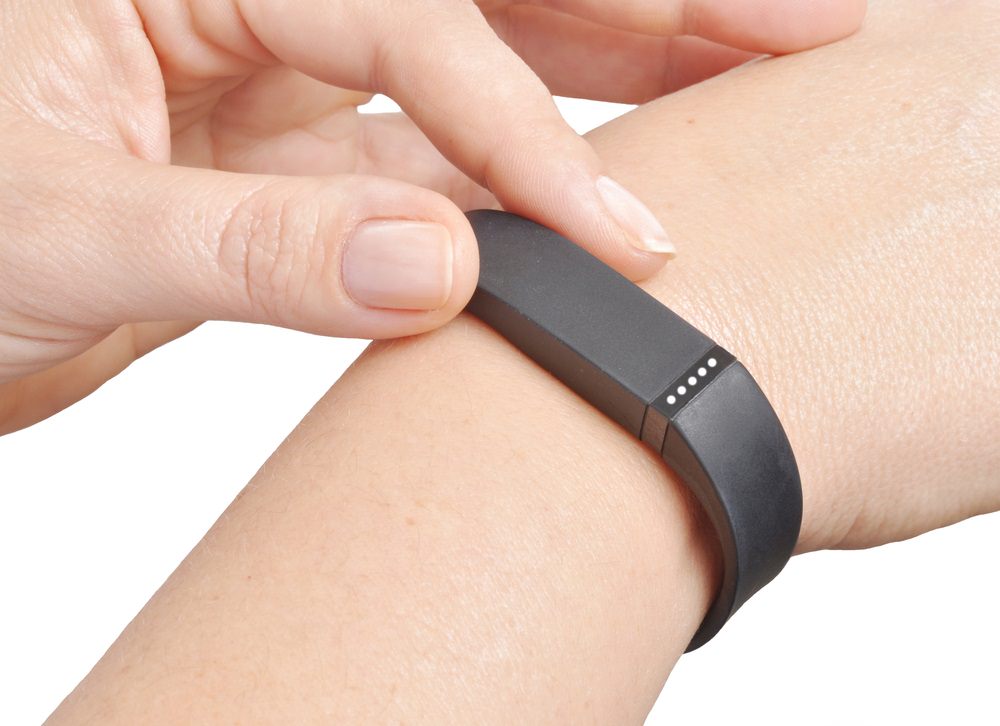 All fitness trackers have a companion app which can be downloaded and linked to the device.  The apps vary in how they present data and many will be able to link with other apps you may use.

For example, the Jawbone UP fitness band not only has its own comprehensive app, but it can also link to other popular applications such as RunKeeper.  Data is transferred from the tracker to the app by Bluetooth or mini USB.

The purpose of the device is, unsurprisingly, to track your everyday activity and exercise to enable you to make choices to improve your fitness and live a healthier lifestyle.  Or at least that is the theory.

But, although trackers share many common features, they can differ greatly in accuracy.  Reading online reviews is an ideal way to find out more about your chosen fitness tracker. 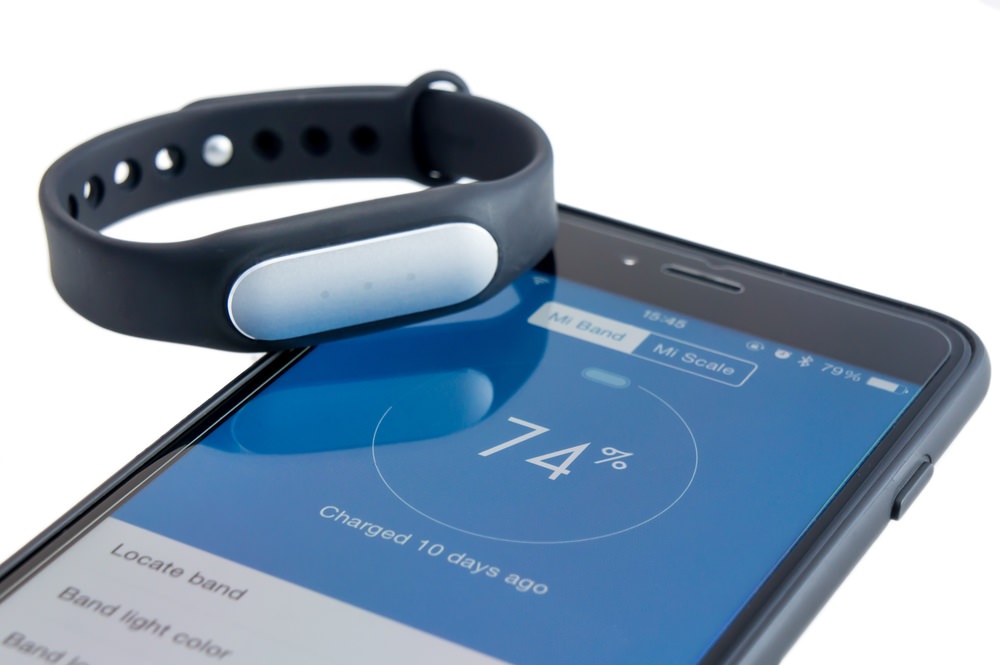 The basic function of every tracker is to record distance walked, ran, or cycled.  Very basic devices will only record steps whilst others will measure miles (or kilometres), pace, and elevation.

Health gurus are always telling us how important it is to get enough sleep.  Advanced trackers will measure your nightly sleeping patterns; how much deep sleep you got, time taken to nod off, and how many times you awoke during the night.  All information which can be fed into an app to measure whether you are getting the right amount of shut eye.

The best trackers are equipped with GPS which makes them ideal for runners and cyclists who want to measure their performance.  Satellite technology pin points the route and distance travelled.

Some devices measure heart rate which can be a useful indicator of fitness levels, especially for cyclists.  Not all do this but heart monitors can be purchased separately.

Most devices are able to last several days on a single charge and can quickly be recharged by plugging into a USB port on a PC.

A smartwatch is more than just a fitness tracker.  They can be a useful tool answering phone calls and emails, but are also a fashion accessory.  Whereas fitness trackers are eminently practical, manufacturers of smartwatches go to great lengths to make their devices as stylish as possible.

That’s not to say tracker bands can’t be well designed, nor that smartwatches aren’t practical, but, understandably so, the aesthetics seem to be much more important in a watch than in a band or clip on device. 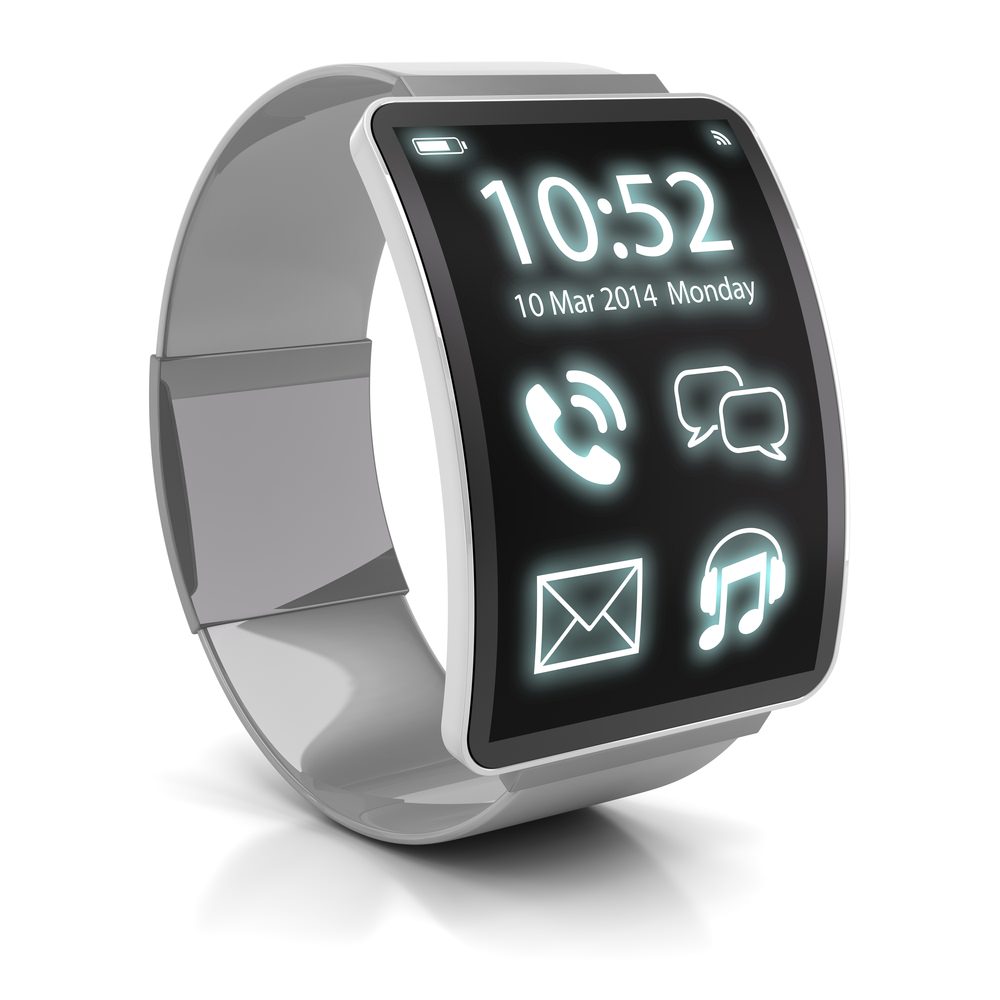 Unlike most trackers a smartwatch has a large(ish) screen on which the user can view different information, receive and send text messages, field calls, and even interact with social media.

The screen on smartwatches vary but there are two basic types; AMOLED and LCD.  You may be familiar with these type of displays from your mobile phone.

LCD or Liquid Crystal Display is used on many watches and provides clear and bright viewing.

Screen sizes vary of course but they can be up to two inches with a resolution of up to 320 x 320p.

Unsurprisingly there are a great number of apps for Smartwatches with not only fitness but also entertainment, and music along with numerous custom options. Each watch has its own app but can also be paired with others from the many on offer for both Android and iOS devices. 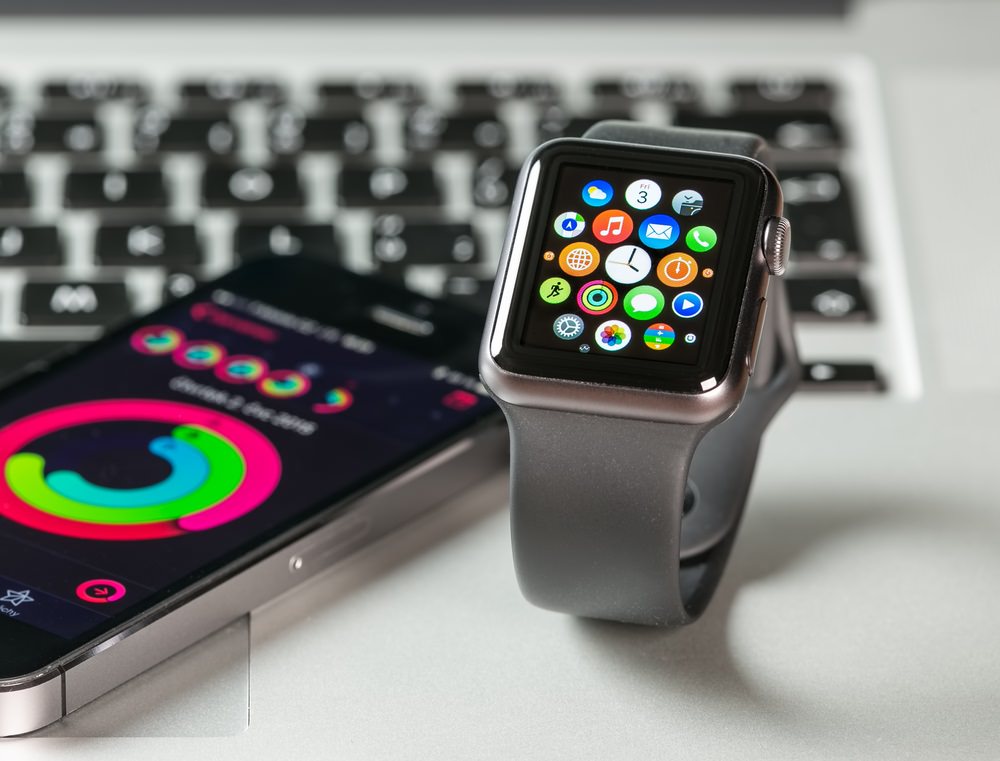 A smartwatch must be paired with a mobile phone via Bluetooth though there are none which, at the time of writing, can be connected to Windows phones.  Once the watch is paired with a phone it opens up a whole plethora of communication and entertainment options.

For example, music stored on a phone can be accessed through the watch or the user can even surf around the internet.

Email, texting, and social media are all at your fingertips as is making or receiving calls.  Many smartphones feature voice controls for added convenience.  As they are fitted with GPS other features include recording distance, calculating calories burned, monitoring pace walked, ran, or cycled etc.

In fact everything a fitness tracker can do a smartwatch can also do and probably, given the larger display screen, do it even better.

Fitness trackers and smartwatches are the most popular examples of wearable technology but they are certainly not the only devices available.  There are many, many more but some are much more practical and desirable than others.  In fact some gadgets are quite simply bizarre.

Some of the more outlandish examples of wearable tech are described in this article from the Ebuyer blog but highlights (?) include:

Drum pants: Forgotten your iPod?  No music to while away the time on your commute?  No problem.  Or least it isn’t if you have a pair of drum pants on.  This jaw-dropping invention features a full drum kit in your trousers.  Hi-hat, cymbal, and snare drum; they are all there.  There is even a loop pedal.  All operated by sensors…..in your pants.

Necomimi:  What do you buy for the insane cat person in your life?  Another cat?  Possibly.  But what about Necomimi?  A pair of furry car ears worn on a band that measures your brainwaves and wiggles the ears according to the mood you are (perceived to be) in.  Who wouldn’t want this?

Orange Power Wellies:  This one could actually take off.  A pair of wellies with an in-built charger which draws power from your feet as you walk about.  Ideal for festival goers who want to keep their phone’s battery alive for the full weekend.

Like-A-Hug:  Who doesn’t enjoy a hug?  Now you can feel the love even if you’re on your own.  This bizarre jacket is linked to your social media accounts and every time a post is liked the jacket inflates to give you a (sort of) hug.  Words fail me…..

Those are a few, admittedly extreme, examples of wearable tech that is around at the moment.  Others include dream inducing headbands, digital tattoos (tap it to unlock your phone), and jewellery which warns you when you have been out in the sun too long.

But, there have also been some really practical and useful gadgets as well such as the ill-fated Skully Motorcycle Helmet which packed all the features of a luxury car into the helmet including rear view camera and navigation displays.

To see the full range of wearable tech available at low prices from Ebuyer, including activity trackers and smartwatches, click here

More reading from the blog