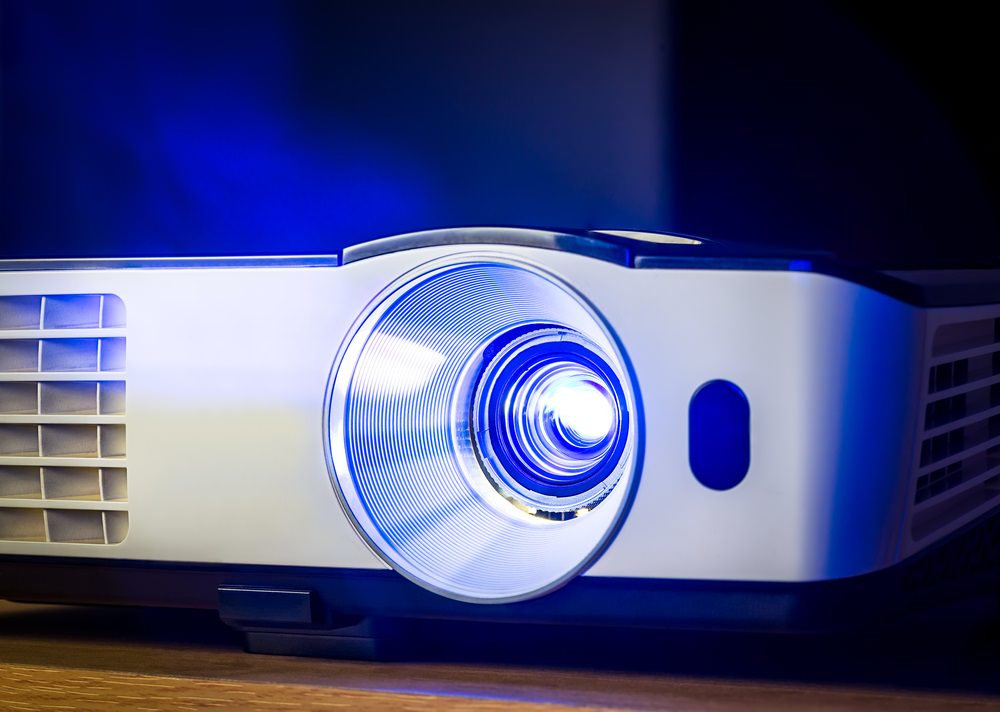 Fed up of your neighbour boasting about his new 60 inch TV?  Get yourself a projector and not only could your ‘screen’ size be much larger you will have paid considerably less too.

Also, thanks to the rapid advances in visual technology, the quality of the images may be as equally good as the more expensive TV.  Take that neighbour. 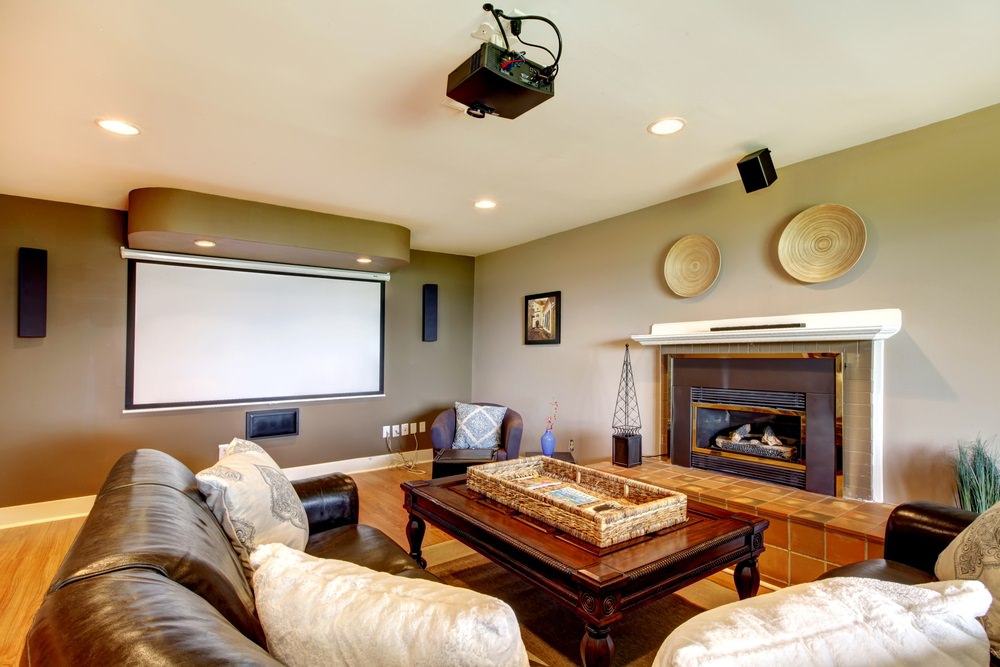 Find a projector for you

Previously the preserve of dreary conferences and draughty school halls, projectors are now used extensive in business and the home. Choosing the right one isn’t easy but hopefully we can help steer you in the right direction.

Don’t know your LCD from your DLP?

There are two main types of projector; LCD and DLP.  Deciding which one is right for you will go a long way towards which device you finally buy.

Unfortunately there is no easy answer to which one is best.  Without wishing to get splinters from sitting on the fence the final choice will be down to personal preference. 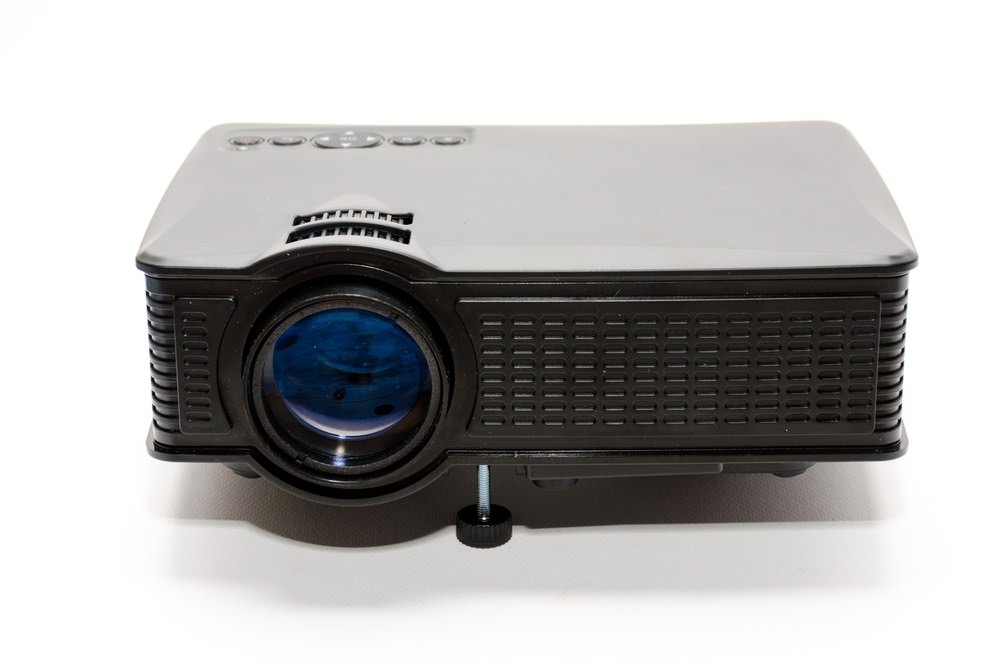 But, for now, let’s look at the differences between the two technologies:

We are all familiar with LCD from the displays on electronic devices such as digital watches and handheld games.  The technology has been around since the 1980s and projects light through red, blue and green liquid crystal panels to create a full colour image on the screen.

DLP differs from LCD in that it uses mirrors to reflect light from a spinning coloured wheel.  This is the technology used in most of the projectors found in cinemas so, unsurprisingly, DLP models can cost many thousands of pounds.

Fortunately, smaller versions of both DLP and LCD projectors are now incredibly inexpensive.

So, unless you are planning to open a multiplex in your front room, home and business users will find great value devices using both technologies on the Ebuyer website, though DLP certainly seems to be the popular choice of most manufacturers.

Choosing between LCD and DLP is only the first decision any buyer has to make.  However, for most of us, the type of projector we choose probably relies on a number of other factors including the features on each device, the price and, of course, the quality of the picture projected onto the screen.

Let’s look at the key features:

This is an important consideration and certainly something which needs to be factored in when thinking about whether a device will be suitable for a particular room. In a nutshell the throw distance is the distance between the projector and the screen; the longer the throw the bigger the image.

A projector with a long throw distance is one commonly used in conference halls and academic institutions.  They can be sited in the centre of a large room and project huge images.

However, an ultra-short throw projector projects from zero to four feet, is perfect for a smaller room, produces razor sharp images and is ideal for home users. 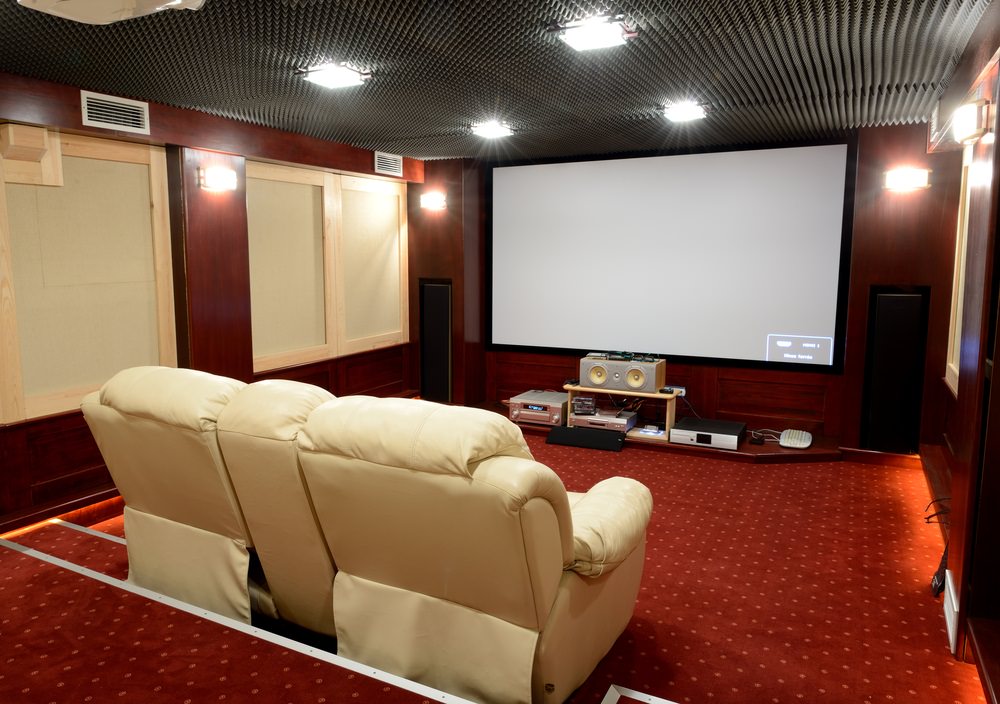 Home users should look for a projector with a resolution of 1080p which is High Definition (1920 x 1080) and an aspect ratio of 16:9.  These Full HD devices will deliver the quality of images we demand when watching movies or playing games.

For business users, however, the choices are not so straightforward:

SVGA (800 x 600, 4:3 aspect ratio).  These are typically lower-end models.  The low resolution makes them unsuitable for viewing detailed images but they are fine for projecting PowerPoint presentations and similar applications such as spreadsheets.

XGA (1024 x 768, 4:3 aspect ratio).  Budget or starter business projectors will typically be XGA (eXtended Graphics Array) and these devices will be compatible with many laptops making them ideal for most business use. 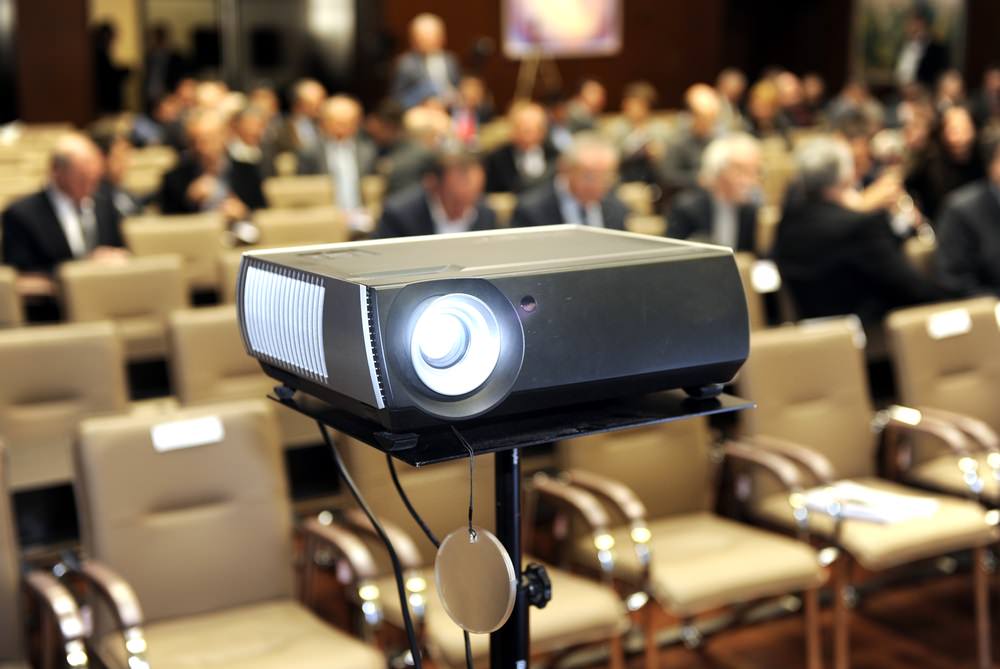 There isn’t much point buying a new projector unless it can connect to your computer, media player or any other device. But most new projectors will have multiple interfaces to enable connections to a whole range of devices.

Perhaps the most useful interface to look out for is HDMI.  Most computers, tablets, consoles and media players now have HDMI outputs and connecting them to a projector allows High Definition video and sound to be transmitted along a single cable.

A high-speed USB 3.0 port is another useful interface which is of course used by almost all digital devices.  On many projectors a USB means content can be projected without a computer by simply plugging a pre-loaded flash drive into the USB.

Other connections liable to be found include VGA and DisplayPort which can be found on many devices including older computers and media players.

As with all features, read the product description carefully to ensure a projector is compatible with your current computer and other electronic equipment.

This is where things can get a little complicated. But hopefully we can demystify the whole lumens thing a little.

Basically the brightness of the images projected is measured by lumens; so, the higher the lumens the brighter the projector.  So far so easy.

But it isn’t simply a case of choosing the projector in your price range with the highest lumens.  It all depends on where the device will be sited and what it will be used for.

For example, if you will be watching movies or playing games at home the lumens needed will not be as high as if you were a business user projecting complex technical information.

Also, take into account the room where the device will be situated.  A big room will need far more lumens than a smaller room and, as projectors work best in a darker environment, a room in which the lighting cannot be controlled will need a projector with a higher number of lumens.

Having said all that, a typical home user should be looking for 1500 to 4000 lumens depending on light and a business user anything up to 6000 depending on the size of the room and ambient light.

One of the few components which will need replacing on a projector is the bulb.  When purchasing most bulbs will be labelled with their expected life in hours.  A typical example would be a projector that is supplied with a bulb which is expected to last for 2000 hours.

The quality and life of a bulb needs to be carefully considered as they can be very expensive.  Each projector will use a specific type of bulb so make sure they are readily available and don’t cost the earth to replace.

Other features to look out for

When looking at the product descriptions of individual projectors look out for those with keystone correction.  This allows the user to quickly and easily adjust the image on the screen should it be distorted without having to go into a menu and change the settings.  Some projectors will have automatic keystone correction which of course makes things even easier.

Another useful function is screen fit.  This, and variants of it, can be found on many devices and it automatically sets the correct screen size for the projected image.  Also look out for lens and focus controls including optical zoom.

There are many different types and size of screen available.  Choosing the right screen is important, otherwise you won’t realise the full potential of your new projector.

The first thing to consider is whether you are able to accommodate a fixed screen.  If you have a permanent home cinema room, or just don’t mind having a fixed screen in your living room, this is by far the most convenient option.  Most of us though will need a screen that can be removed when not in use.  There are several alternatives here.

A roll down screen is the ideal solution for when the room is used for other activities or just hasn’t the space for a fixed screen.  A roller is attached to the ceiling and the screen is manually pulled down when needed.  A step up from this is a motorised screen which is opened and closed at the push of a button.

The final option is a pull up screen.  This is the solution of choice for those who don’t want the hassle of fixing a roller to their ceiling.  The screen is encased in a portable bag or on wheels and is simply pulled up into position when required. 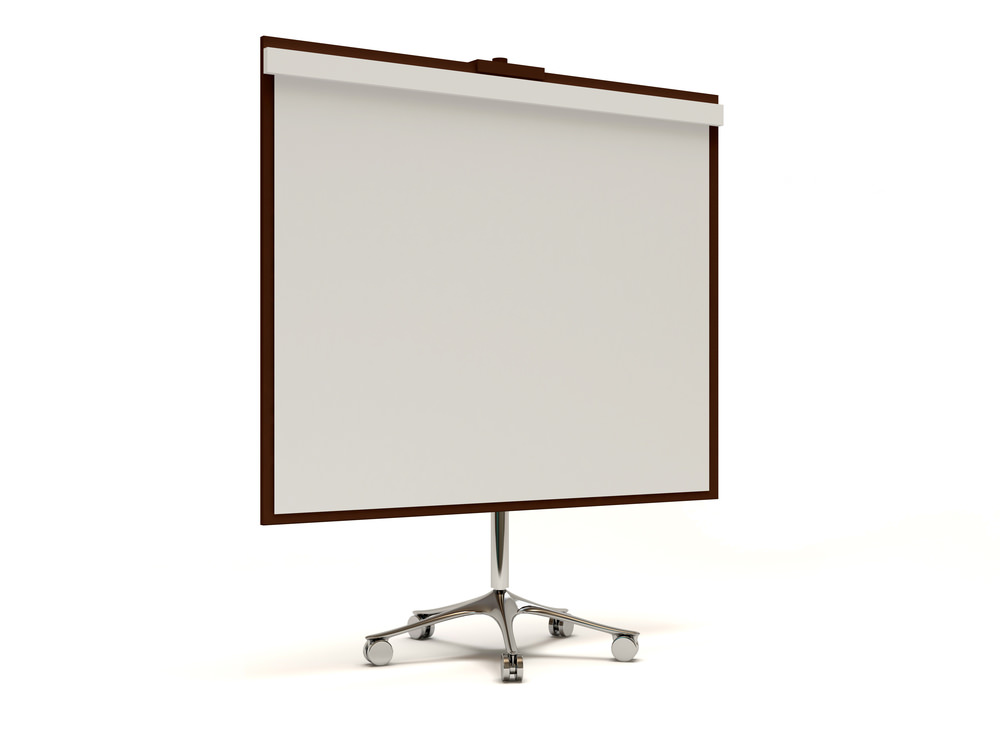 Supported by a portable frame this type of screen doesn’t have the rigidity of pull down of permanent versions but is a more affordable and convenient option.

The next thing to consider about the screen is the aspect ratio.  A 4:3 screen is fine for lower end projectors and for projecting less detailed images such as PowerPoint presentations.

For watching movies or gaming, especially in HD, a screen with an aspect ratio of 16:9 or 16:10 will be the best option.  Incidentally cinema buffs may consider a 21:9 ratio which is the widescreen format many movies are produced in.

Surprisingly bigger isn’t always better when thinking about which sized screen you should buy.

If the screen, and image, is too big for the room than it can result in a poor viewing experience.  Something akin to sitting just inches away from a cinema screen, you won’t be able to see all the image and take in all the details.

The general rule is the bigger the room the bigger the screen should be.  For example, a conference room will require a much larger screen than would a typical living room. 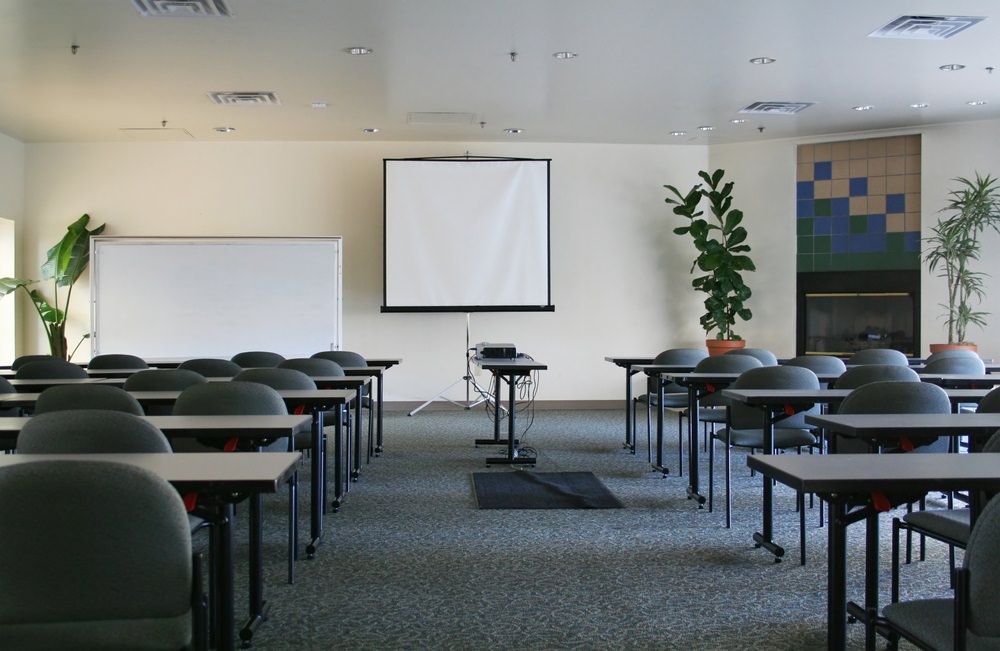 If you already own your projector the simplest solution to choosing the most appropriate sized screen is to simply project an image onto a wall; experiment until you find the right size for your viewing position and then measure the image and order a screen of the same size.  Simples.

If, however, you are buying a projector and screen together, it would be wise to measure the available space and buy accordingly.

As a rule however most home screens tend to be between 80 and 100 inches wide whilst those for conference rooms tend to be considerably larger.

There are three common ways to position, or mount, a projector.  A fixed position on a wall or more usually a ceiling, on a shelf or on a table.  The preferred option is always a fixed mounting.  This removes the need to constantly adjust the settings of the device and ensures the projector is instantly available when needed. 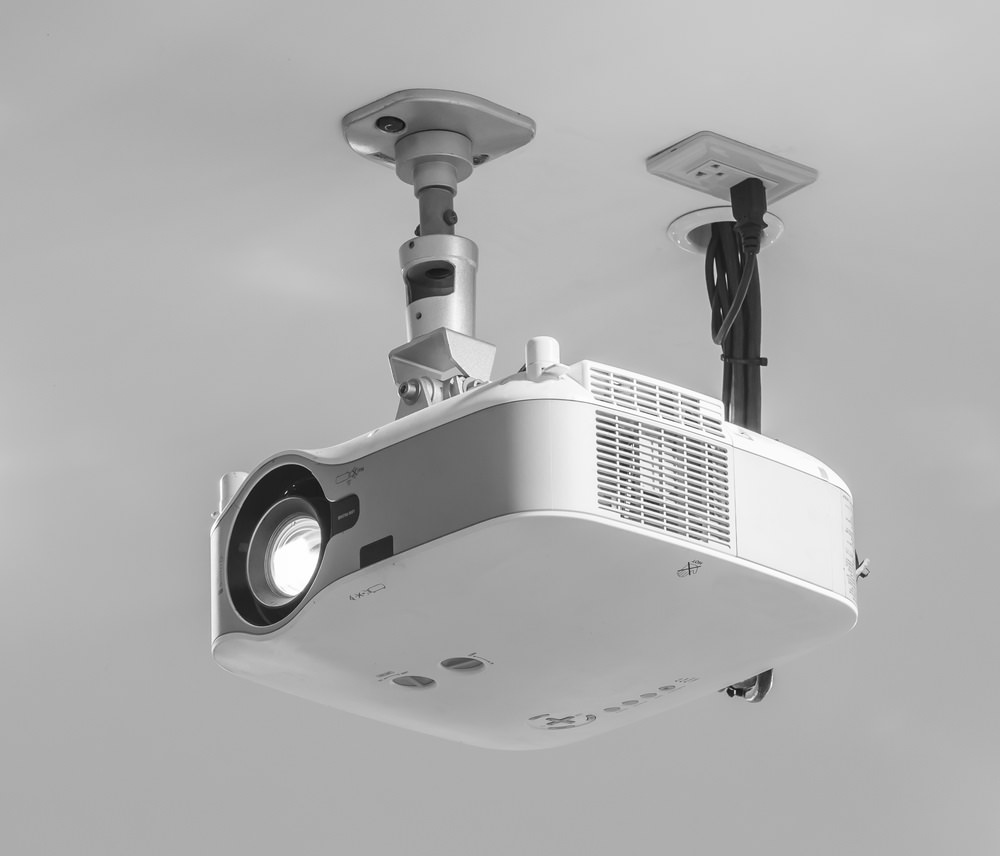 Temporarily siting the projector on a shelf or table means that the device can’t be left in situ and must be reconfigured every time it is used.  This is far from satisfactory but of course many of us will need to do this.

But, for those able to permanently mount their projector, all the fixings and accessories needed are available from Ebuyer.

Would you be happy to fly in a pilotless airliner?
Grabbing attention with a Large Format Display
To Top