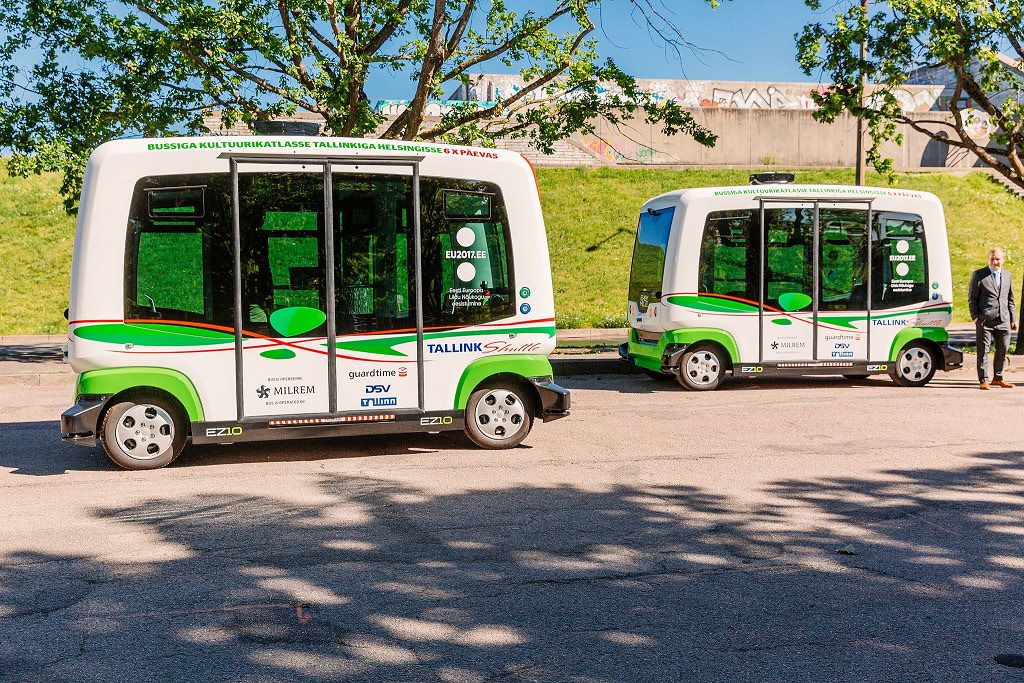 Following on from our story on pilotless airliners automated transport is again in the news as driverless buses have taken to the roads of Tallinn.

The project involving two buses was launched to coincide with Estonia hosting the EU presidency.

The Baltic state has spent around €4million on organising the presidency with a former power station being repurposed into luxury accommodation, conference rooms and dining facilities.  Over €100,000 was spent on bringing the driverless buses from France.  Much of the finance though was raised from private funders.

Though the majority of the route follows unused tram tracks they do have to navigate through a busy intersection.  This makes Tallinn the first city to operate driverless buses which actually come into contact (hopefully not literally) with live traffic.

With a restricted top speed of 20kph the pair of buses travel together and each hold eight passengers.  A human operator is on board each vehicle and their role is to greet passengers and answer any questions about the technology.  The human operator is also trained to override the system and take control of the bus should the need arise.

What can the AI do?

Alvo Rüütelmaa, director of the Tallinn Traffic Management Department told broadcaster ERR: “The artificial intelligence must do everything, but just in case, there is a person on board, a human escort, who has a button with which they can stop the vehicle.

“The artificial intelligence is designed so that if it has any doubts, it will come to a stop, so if anyone steps in front of it, it will stop in any case.”

Nevertheless, the buses have been involved in a few close shaves including ignoring a red light at a pedestrian crossing.  However, a potentially more dangerous situation occurred when the bus was in a near miss with an emergency vehicle.

The technology obviously isn’t perfect as the bus responded to a green light on the intersection but didn’t register the emergency vehicle.  This was an instance were the human operator should have stepped in but failed to do so.

How long will the buses be operating for?

Only until the end of August.  However, Tallinn may not have seen the last of the driverless buses.

The success, or otherwise, of the project will be evaluated with a view to introducing similar vehicles on a permanent basis.