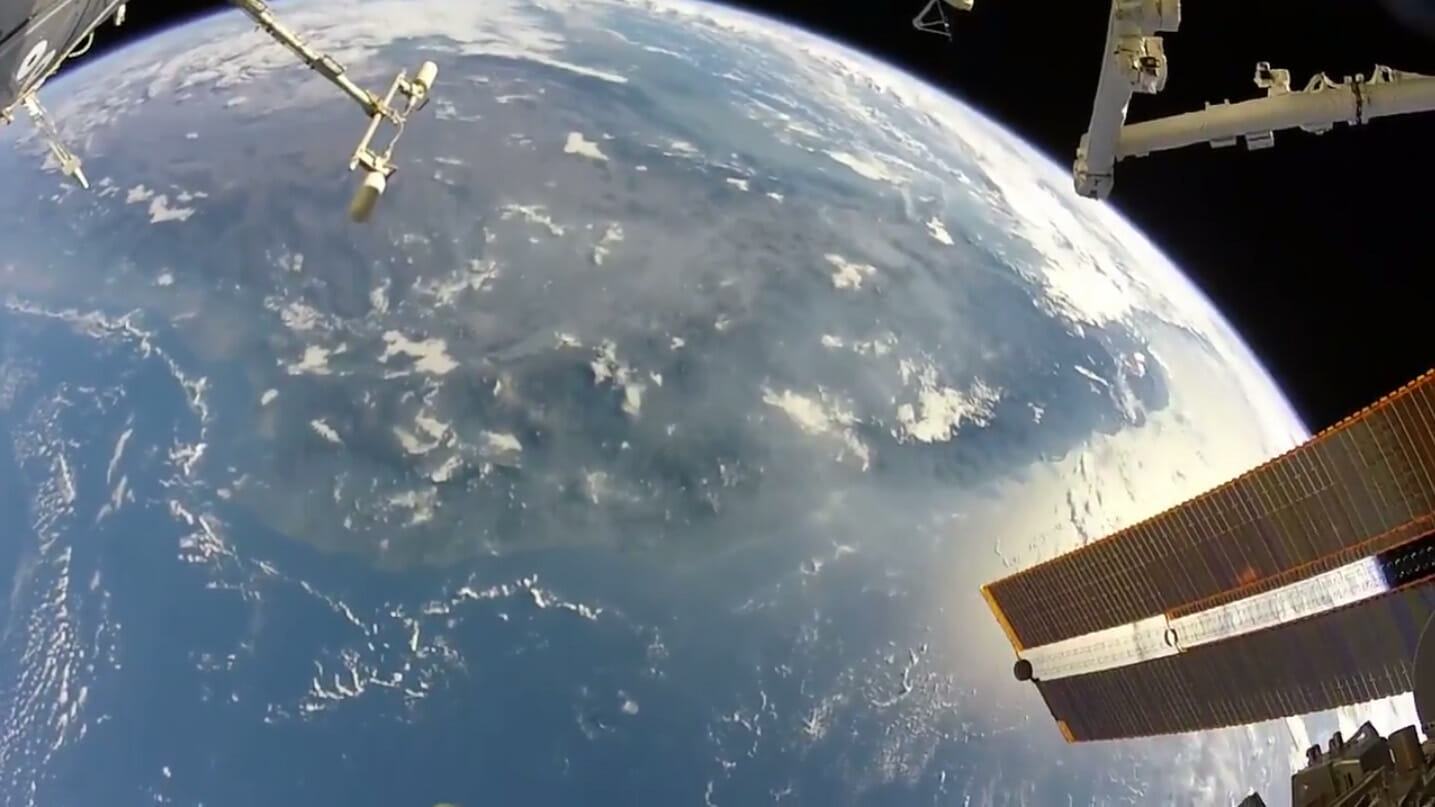 This is the view of Earth that greeted a Nasa astronaut as he ventured outside the International Space Station (ISS).

Randy Bresnik took the footage on a GoPro camera as he undertook a space walk last month, but only just posted it to social media.  (Make sure you watch this GoPro footage on full screen).

Bresnik was on a mission alongside fellow Nasa astronaut Joe Acaba to repair the ISS’s Canadarm2, a robotic arm that, among other things, snags incoming cargo for the station.

With this view available to them, it’s amazing they got any work done at all.

He said: “Sometimes on a #spacewalk, you just have to take a moment to enjoy the beauty of our planet Earth.”

The video may go some way to putting an end to a recent rash of flat-Earth conspiracy theories.

Shaquille O’Neal, rapper B.o.B and more recently cricketer Andrew Flintoff are among the prominent names who have recently suggested they believe the Earth is actually flat.

But Bresnik’s video clearly shows the curvature of the planet which can be seen rotating relative to his position as he gets on with his work.

Elon Musk is the Rocketman
Is this an alien spacecraft?
To Top