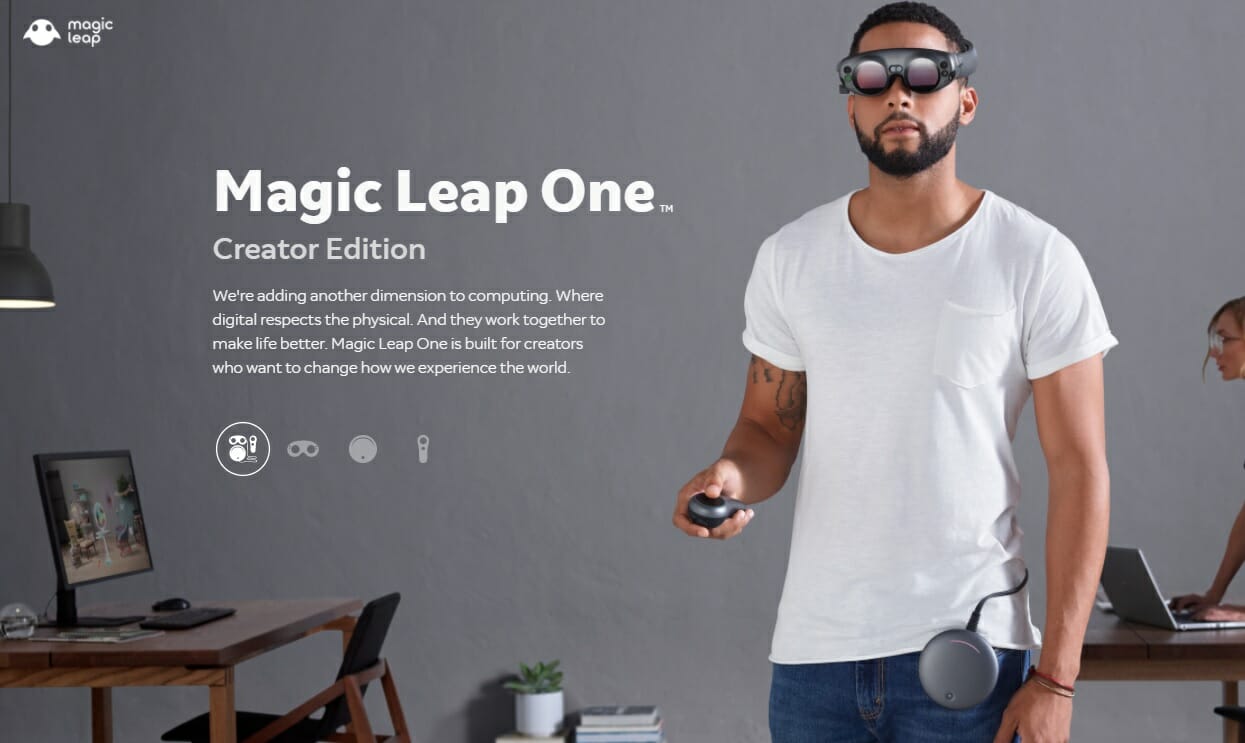 The eagerly anticipated Magic Leap headset will launch in 2018.

The Florida-based firm has been the subject of intrigue for years, as it has received large levels of funding from high profile investors without releasing any products, until now.

Set for release in 2018, Magic Leap One combines a headset/smartglasses set-up with a motion controller, powered by a small computer that attaches to a user’s side during use.

The sensor-loaded headset will be able to scan the surrounding environment and place holograms, notifications and gaming content into the real world.

This also extends to video content, with users able to open multiple virtual screens at once and watch content from YouTube and other sources from inside the headset.

If this sounds slightly familiar you’d be right, the Microsoft HoloLens system offers a similar set-up, though minus the computer pack, which Microsoft instead houses in the headset itself.

Magic Leap’s website is currently encouraging “designers, developers and creators” to sign up and express their interest in the One headset, suggesting it may well have a Google Glass-style soft launch to industry first.

More details on the launch and content likely to be available on the Magic Leap One are still to be revealed by the company, but the firm has said it will launch a Creator Portal for developers in the new year, enabling them to begin building content that will work on the platform.

Apple has recently began show a huge amount of interest in augmented reality, suggesting AR and not virtual reality (VR) will be the next big trend in the industry.

The initial reaction to Magic Leap’s reveal however has drawn a mixed response from the tech world.

However, full judgment will have to be reserved until the headset is tested for the first time, a timeline for which is yet to be disclosed by the US firm.

What do astronauts eat at Christmas on the ISS?
The best of NASA in 2017
To Top