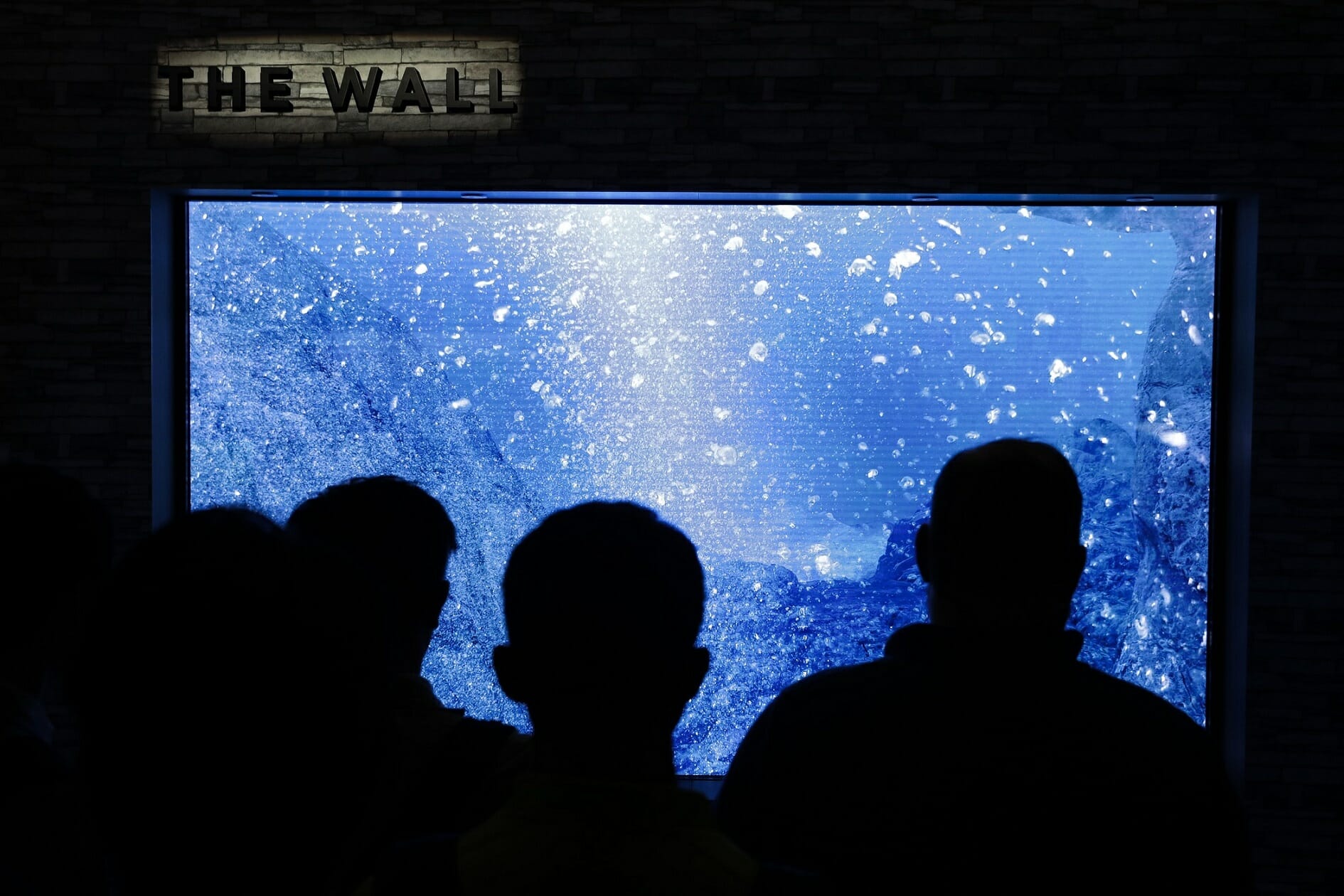 But are we really ready for 8k TVs?

First there was HD, followed by Full HD, then Ultra HD and now prepare yourself for whatever those marketing geniuses come up with to describe 8K TVs that look to be coming our way.

At the Consumer Electronics Show (CES) in Las Vegas the big TV manufacturers showed off a range of so-called 8K TVs, which offer four times the resolution of 4K TVs that have been invading our homes in the last few years.

While TVs have definitely been getting smarter, it’s the rising number of pixels that are pushing the quality of our picture and driving sales.

Paul Gray, research director at analyst firm IHS Markit, says we are in the midst of a transition from the HD world into the ultra HD world of 4K televisions.

Speaking from CES, he said: “The expectations for that to happen fast were highly unrealistic.”

How close are we to 8K TVs?

He also cautioned against any sense that the 8K revolution was imminent.

“No broadcasters outside of Japan have any interest at this stage in producing 8K video,” he said.

8K televisions have a horizontal resolution of 7680 pixels and a vertical resolution of 4320 pixels – that means such screens have 16 times the number of pixels as FullHD, or 1080 screens.

But here’s the catch – you need video filmed in 8K to be able to show 8K and there’s not much content around aside from demo content shown on manufacturers’ screens.

That didn’t stop TV companies showing off such TVs at CES.

Samsung announced an 8K QLED display available from the end of 2018 for the consumer market, while LG too showed off an 8K television.

But you’ll need a pretty big living room – both screens are 88 inches.

Samsung also showed off a modular TV – called The Wall – which could be expanded in size up to 146 inches.

However, size is becoming less of a selling point as we start to slow down how quickly we are upgrading our screens, said Mr Gray.

“The replacement cycle has already slowed down and is trending down to seven to 10 years that we saw historically,” he added.

“The crunch question is also about size growth – we are approaching the point, and it will happen country by country, that people will say ‘I don’t want a bigger TV as I can’t fit it into my living room’.

“Up until now people have been willing to move furniture.”

But the big changes coming to TV shown off at CES are less about resolution and more about features – manufacturers are adding more voice commands.

In the case of Samsung, Bixby, its own variant on Google Assistant and Amazon’s Alexa, is being baked in to screens. Sony and LG are backing Google and Amazon’s voice platforms.

Time to throw out the remote?

Premium TVs on the market this year will be controlled by voice, marking the biggest existential threat to the ubiquitous remote control that has been our go-to tool for more than 60 years.

Mr Gray said it was likely the transition from 4K to 8K would take longer even than the shift from FullHD, or 1080p screens, to UltraHD.

He said: “One of things that worries me is assuming it is just as easy to do the next step each time.

“I suspect that actually doing 8K is much, much more difficult than 4K. It’s hard to justify why people would want to buy 8K.

“The real risk is that it creates the perception of premature obsolescence of 4K which may devalue the market just as it is establishing itself.”

But just how many more pixels do we need before our screens look like reality?

For someone with perfect, or 20/20 eyesight, it depends on the distance from the screen and the field of view.

To put it bluntly – dynamic range, colour range, resolution, eyesight, distance from the screen and field of view are all complex variables.

In truth, the answer is much more complicated than simply adding resolution.

For at least the next few years, 4K televisions are the new standard for the premium end of the television market.

And the battle for our living room is definitely on.

So which TV should you buy? For Mr Gray, it’s a question of personal taste.

He said: “These products have to sell themselves. If you can see the difference between different screen types and resolutions, then it’s worth buying.

“If you can’t experience the difference, you are wasting your money.”

That’s good advice, whether you are buying a Full HD screen, an Ultra HD screen or even have deep enough pockets for 8K TVs.

Just don’t expect anything good to watch on that crazy high-resolution screen for some years yet.