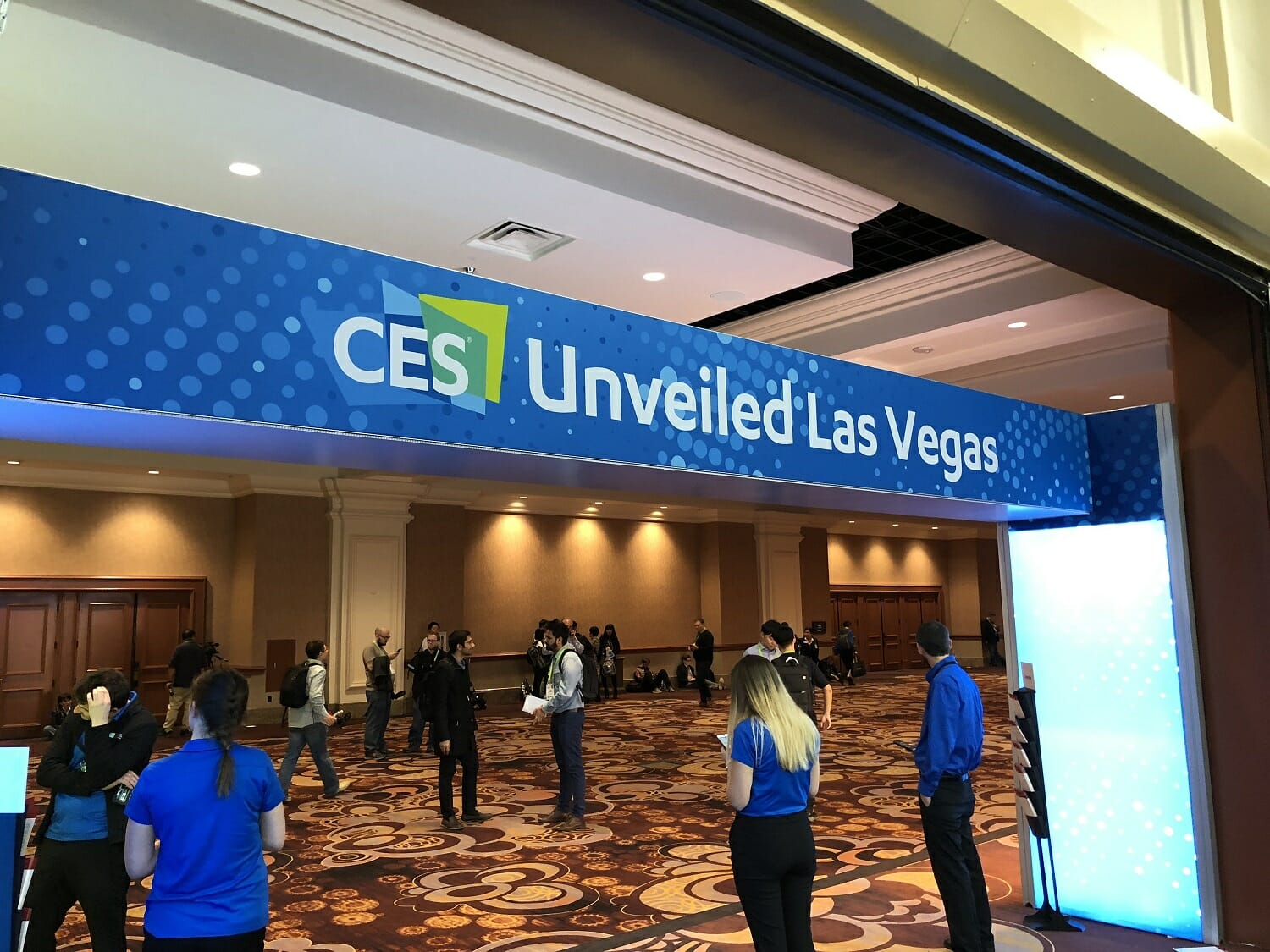 Companion bots and an autonomous suitcase were among the highlights at this years CES Unveiled.

The traditional curtain-raiser for the main event, the CES Unveiled preview show, was dominated by robots as artificial companions of all shapes and sizes were shown off by manufacturers.

CES Unveiled is an early chance for attendees to see the trends likely to dominate the show this year.

The result was a resounding nod in the favour of robots – here’s some of the early eye-catchers.

As cute as it is interesting, Kuri looks like the hero from a Pixar movie and is packed with sensors that even enable it to respond to the human touch.

Kuri also comes with motion detectors and a camera behind one eye that can not only be used to take photos but capture video as part of home monitoring when you’re not around.

Kuri also uses its sensors to map floors plans and move around the home autonomously.

On the lighter side the bot also comes with built-in speakers to play music.

Another adorable-looking bot which was popular at CES Unveiled was Blue Frog Robotics’ Buddy.  It is designed to be a “companion robot” for whatever needs are most relevant to you.

The software behind Buddy is open source, meaning it can be programmed to suit the owner, but it can function as a personal assistant offering reminders, a social interaction tool for kids and a home security system using its motion detectors and other sensors.

A very different type of robot, the CX-1 is an artificial intelligence-powered smart suitcase that can follow users autonomously.

The case has facial recognition to track and follow owners, as well as sensors to spot and avoid obstacles.

There’s even anti-theft features in the form of a smart connected wristband that alerts users if they go out of range of the bag.

Sticking with the theme of artificial intelligence, a new trend is starting to appear for household mirrors being able to do more than just show a reflection.

Amazon was recently granted a patent for a smart mirror that can overlay virtual clothes onto users.

Now at CES Care OS has been unveiled, a smart mirror that uses facial recognition and gesture controls to offer health tips for skin as well as act as a smart device to take selfies and play music if you so wish.

Very much still in beta for now, its developers hope to eventually create the “smart bathroom of the future”.

Encouraging children to clean their teeth by gamifying the experience is not a new idea, but the Magik toothbrush has a very modern approach.

The toothbrush itself combines with an augmented reality app that shows animated sets of teeth being cleared of cartoon germs as children brush.

Sensors in the brush show the areas covered on-screen, with the aim being to help children get their technique right.

Robots are everywhere at CES, but one above all appears to have captured hearts already – Sony’s Aibo.

It’s actually been seen before – having originally launched in 1999, the robotic canine is now back as we enter a world more ready for companion robots.

Sony launched pre-orders for the new Aibo in Japan last year, and chief executive Kazuo Hirai said the bot would be shipping to customers soon.

However, sadly there is no word yet on when or even if the new Aibo will ever make it to the UK.

Which is slightly heartbreaking, because the metal dog is incredibly cute.

Aibo was the finale to a day of robotic announcements ahead of CES, with LG unveiling three concept “service robots”, but also having some on-stage issues with its home companion bot, CLOi.

The small droid became suddenly unresponsive, much to the amusement of the audience at the press conference.

In other exciting news, Samsung revealed its new The Wall TV – a first of its kind in that it’s modular and can be built to a specification that suits you, up to a massive 146 inches.

Elsewhere, a new version of the HTC Vive, the Vive Pro, which has a significantly improved resolution dual OLED display was also announced.

HTC revealed it had partnered with Intel to create a wireless adaptor that would enable Vive and Vive Pro owners to use the headset without plugging into a PC for the first time.

What is a bomb cyclone? Everything you need to know about the storm raging in the US and making its way to the UK
Disposable coffee cups – do you still use them?
To Top