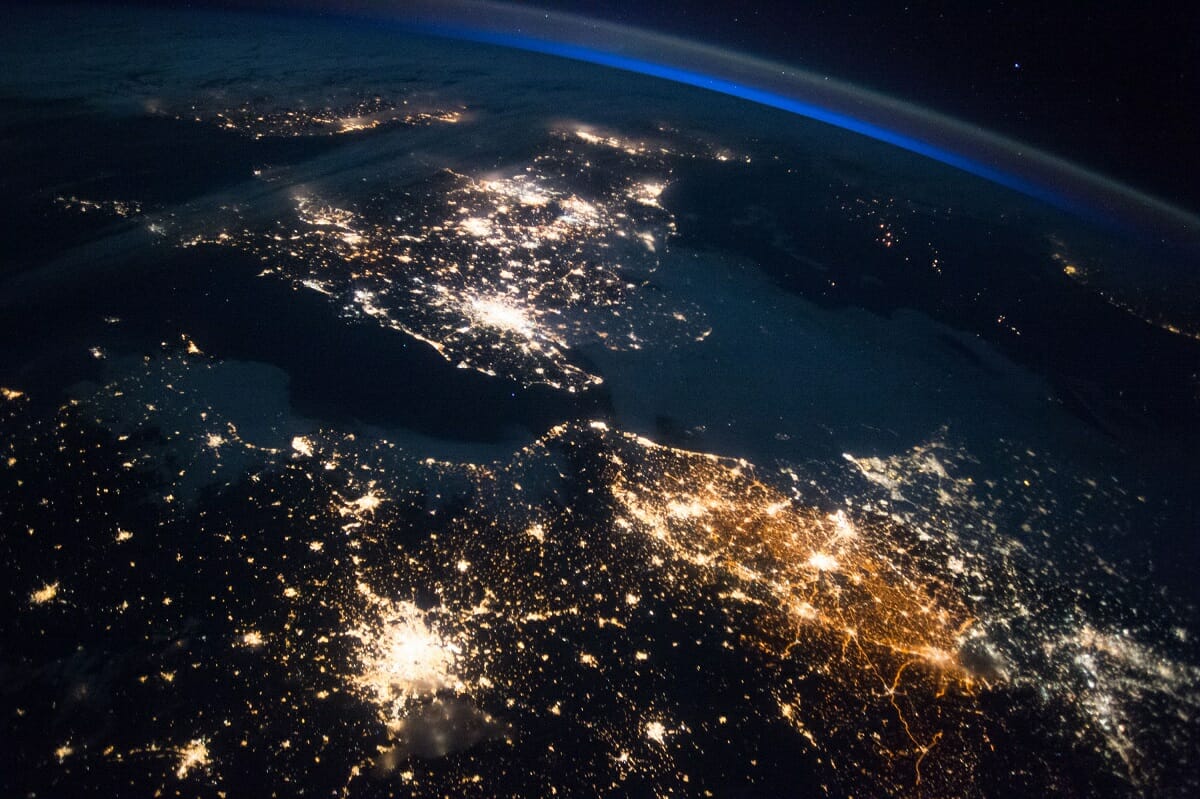 Residents of the International Space Station pointed their cameras towards Earth to capture these amazing images of earth from space.

If you want to up your Instagram game in 2017, perhaps you should consider living in space.

Because these pictures of Earth from space (taken from the International Space Station) this year are absolutely stunning.

This image, taken by the Expedition 50 crew back in January, captures New York, the city that never sleeps, lit up at night.

2 – A chess board landscape in Idaho

The white squares of the chess board are snow sitting on the ground where forest has been chopped down. The darker squares are where the forest remains. It’s the result of an arrangement from the 19th century which saw one-square-mile sections of land given away by the government. The remaining sections of forest are now designated reserves.

These ponds in Utah are part of an operation to mine potassium chloride, which is used for fertiliser. The different colours are because of a blue dye that is used in the ponds as part of the extraction process. The darker the blue, the deeper the pond is. The picture shows some ponds have nearly evaporated completely – these are the light, tan-coloured sections.

Images from the ISS can also capture the devastation of nature. Hurricane Jose hit its peak recorded wind speed of 155mph when this image was taken, as the storm’s eye barely missed Puerto Rico and the Lesser Antilles.

6 – The city lights of north-western Europe

This picture shows the recognisable outline of Ireland, the UK and north-west Europe at night.

7 – Sunrise over the Philippine Sea

This may look like a mountain range, but the dark shapes are actually silhouetted clouds over the Philippine Sea.

Unlike the volcanic landscape of Sudan, Sicily’s Mount Etna is still very much active. This image shows how an eruption looks from space.

Forget a weekend break to Iceland – if you really want a great view of the Aurora Borealis head to the ISS.

Although none of these stunning pictures show the space junk floating round above us.

What do astronauts eat at Christmas on the ISS?
Space junk lasers
To Top