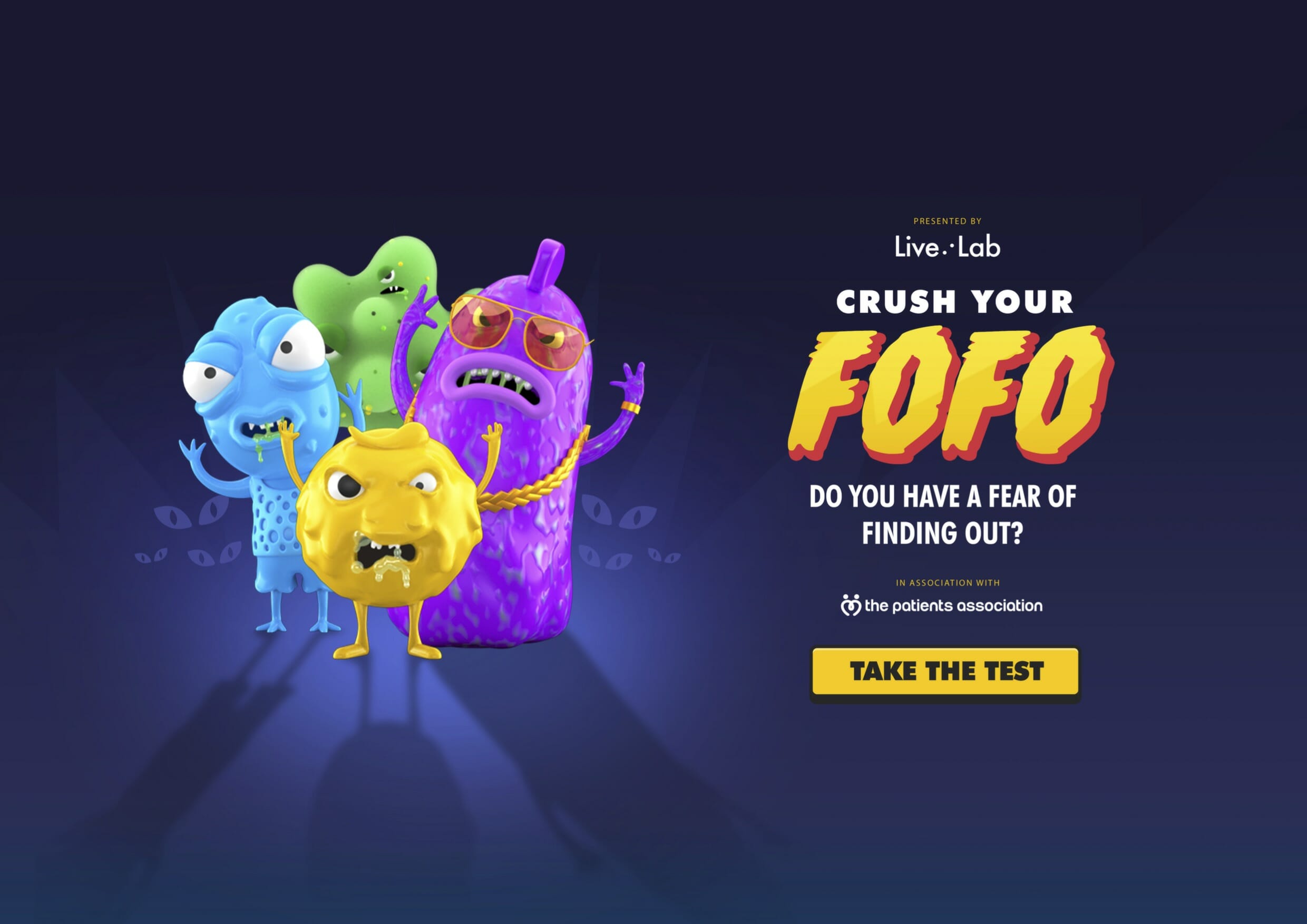 The new app has been launched to help patients get past a ‘fear of finding out’, seen as a major psychological barrier to adults seeking medical help.

The app called Crush Your FOFO – short for fear of finding out – is part of a campaign by pharmaceutical research firm AbbVie and its Live:Lab programme, a collaboration of tech and healthcare experts, and the Patients Association.

How does the FOFO quiz app work?

It uses a simple multiple choice quiz combined with short mini-games to build a picture of how susceptible to the fear of finding out users are.

It then presents them with an animated monster representing the size of their fear, before giving advice on how to approach the issue – such as speaking to NHS Choices or a local pharmacy first as an early stepping stone.

The campaign says the aim of the app is to encourage people not to bury their heads in the sand when it comes to their health, but instead seek medical advice for worrying symptoms at an earlier stage.

The group of experts also said they hope the app can help generate a new body of data for them to analyse to help further the understanding of what lies behind the fear of finding out.

Data gathering could be an important part of the FOFO quiz app. One member of its development team was Glitchers, the games studio which previously helped create mobile game Sea Hero Quest, which also used data from players to aid dementia research, recording spatial awareness habits of players as they tackled the navigation game.

The millions of plays of that game so far where players have opted in to share their game data is said by the makers to have already been worth years of lab-based research.

The FOFO campaign hopes to gain similar insight, with research published alongside the app claiming 61% of people would consider delaying a GP appointment for fear of being told they had a serious illness.

Among those supporting the FOFO quiz app is TV presenter and father-of-two Jeff Brazier, whose former partner Jade Goody died from cervical cancer in 2009 after delaying seeking medical advice.

“I know first-hand that being afraid of checking worrying health symptoms can have a serious impact on your health and your loved ones,” he said.

“My former partner and mother of my children, Jade, delayed going for check ups and she ended up losing her life because of it. That delay caused immense heartbreak for our boys.

“I would urge anyone who has a worrying health symptom to face up to it and get it checked out sooner rather than later.”

How the new FOFo quiz app can help the NHS

Gwenan White, project lead for Live:Lab at AbbVie said: “We hope the public have fun with Crush Your FOFO and listen to the serious message that lies behind it – that it’s important to get worrying health symptoms checked out as early as possible.

“AbbVie recognises that we have a part to play in helping to alleviate pressure placed on the NHS through late diagnosis.

“Crush Your FOFO is the first step towards us being able to help understand why some people have the Fear of Finding Out, and only then will we be able to find ways to empower adults to overcome it.

“Crush Your FOFO is an open-data project, and once the findings from the quiz are in, there will be a job to do to understand people’s behaviours and where we go from there.”