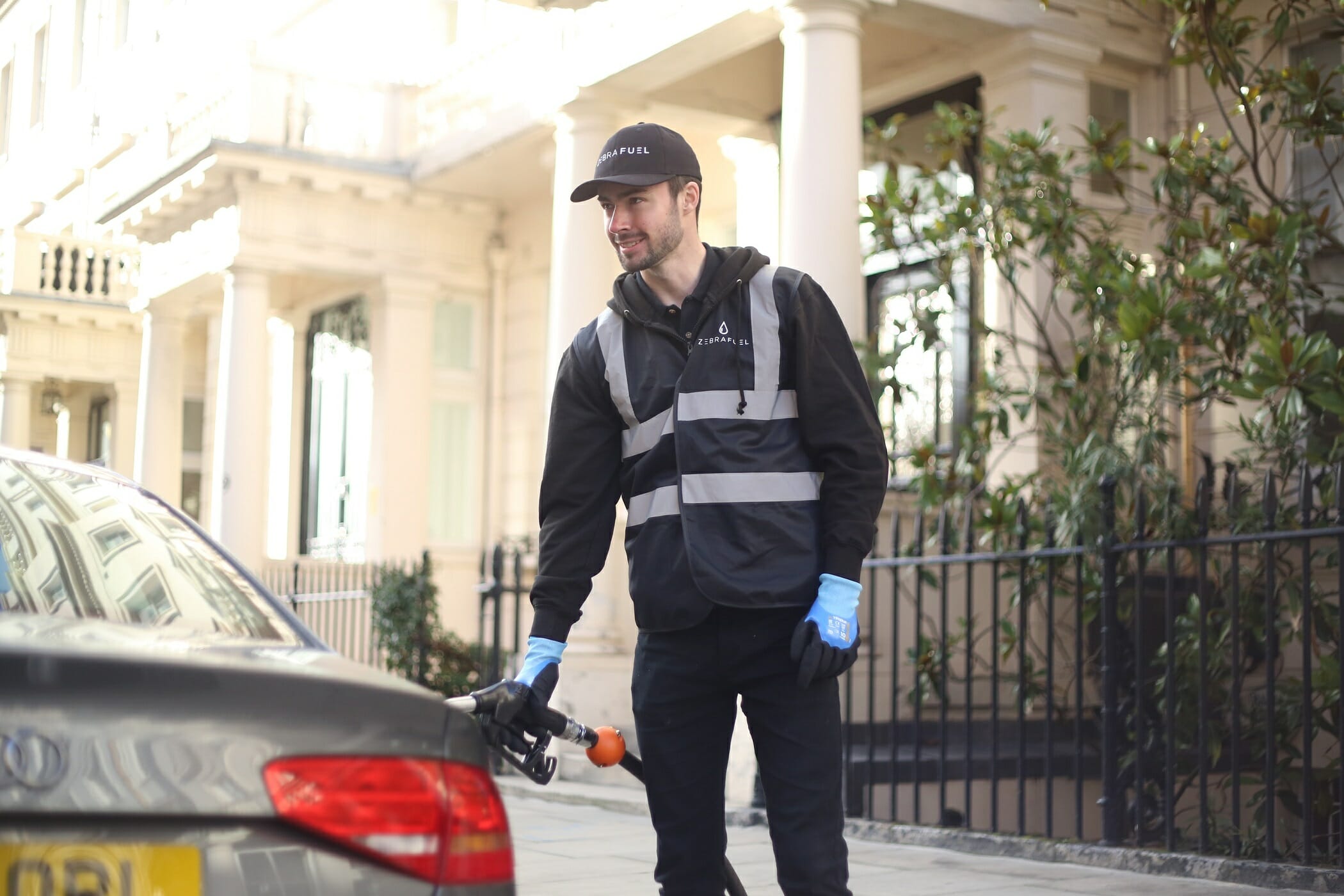 The Zebra Fuel app is trying to bring on-demand fuel delivery to the mainstream.

A new app is introducing the idea of on-demand fuel delivery in London, looking to end the need for drivers to make trips to petrol stations to fill up.

Zebra Fuel looks and feels very similar to any other app-based delivery or on-demand service – be it Uber or Deliveroo – except users book a slot for a Zebra Fuel van to come to them and fill up the tank on their car.

Only in London unfortunately

For now, the company says it is only operating in the capital and delivering diesel.

The Zebra fuel app enables users to book a slot up to a week in advance – choosing a one-hour time slot – before paying either the same or less than you would pay at a service station, according to the firm.

The Zebra fuel app is a free download on both Android and iOS.

For users who don’t know the size of their fuel tank, the app is also able to help by providing tank size details when customers enter their number plate.

The delivery process is then carried out by a specialist driver in one of the company’s vans.

The idea, Zebra Fuel says, is to avoid what it calls “wasted journeys” to and from the petrol station, arguing that the process of getting fuel hasn’t changed since they were first introduced in the UK in the early 20th century.

The vehicle landscape in the UK is also undergoing drastic change, with electric vehicles being increasingly rolled out.

That trend may affect Zebra Fuel’s model in the long run with Government plans to greatly increase the production of electric cars over the next decade.

For now though the Zebra fuel app is focusing on it diesel.

The firm says its system is limited to diesel because of UK regulations, adding that delivering petrol is “a bit more challenging”, but does hope to one day also offer petrol services.