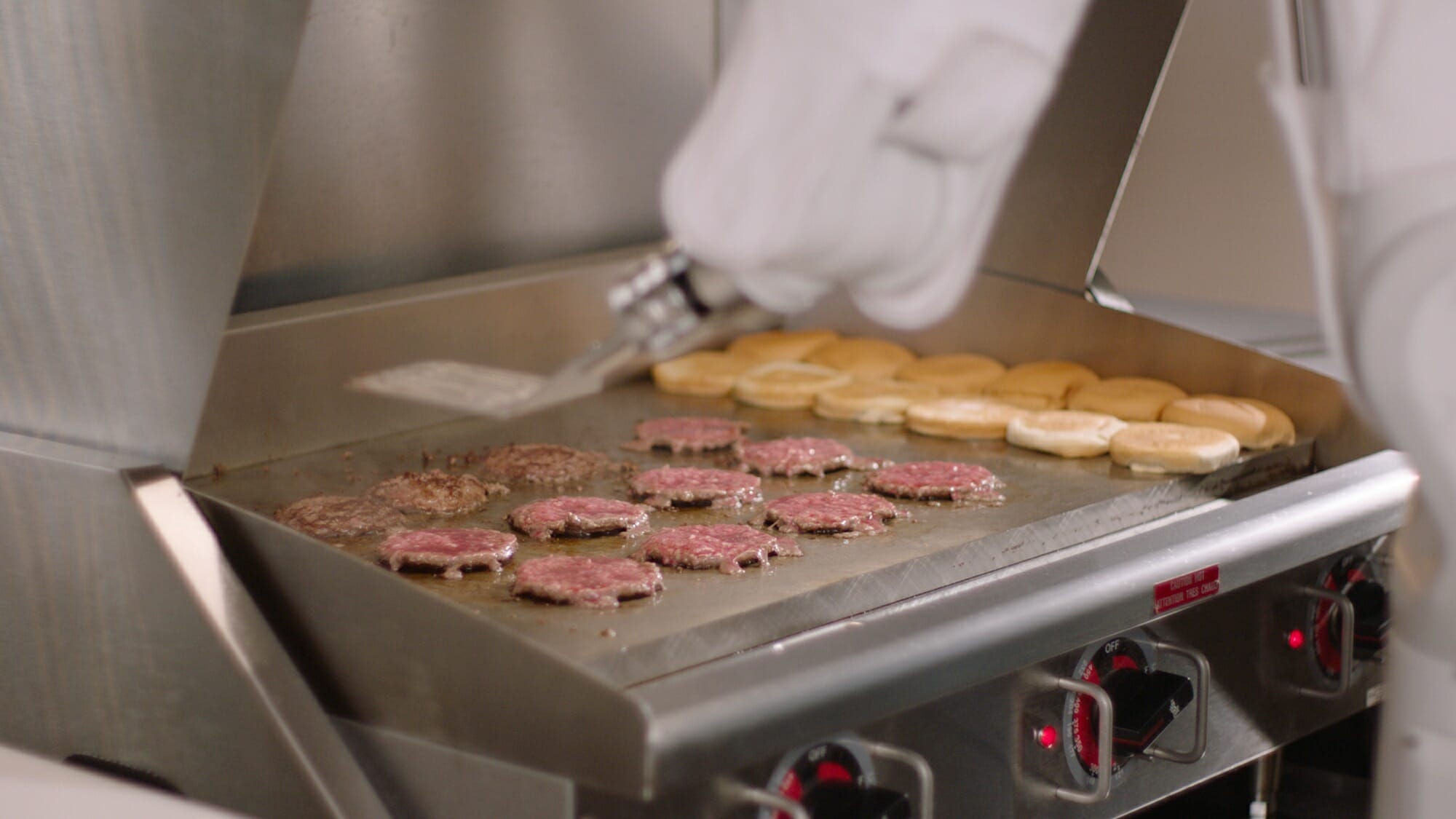 A robot which flips burgers has been put into use in a restaurant for the first time. In September 2017 we wrote about Flippy the robot. Now the burger flipping robot has begun work and put in his first shift at Galiburger.

Flippy the robot, designed by start-up Miso Robotics, began cooking hamburgers in Caliburger’s Pasadena restaurant on Monday. The worldwide chain plans to roll out the machines to 50 of its restaurants. 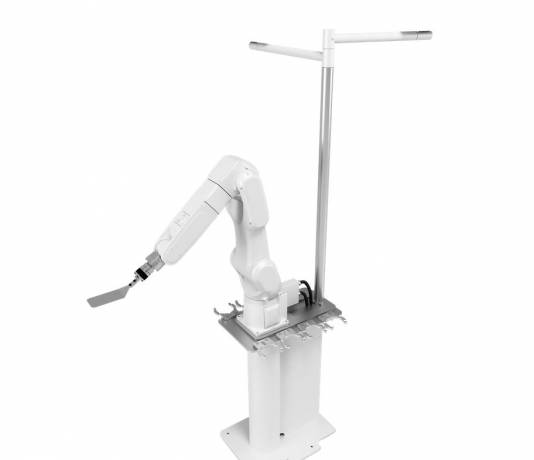 The machine consists of an arm and separate fittings to help it do different jobs. Flippy the robot can lift patties, place them on the cooking surface and then track the cooking time, flipping when the burger is ready to be turned.

In the interests of hygiene, Flippy can switch from using a spatula for raw meat and one for cooked meat as well as cleaning spatulas while cooking and wiping the surface of the grill with a scraper.

Flippy the robot does need some help

The rest of the burger-creating work is left to human hands, such as adding toppings and placing the burger inside a bun. 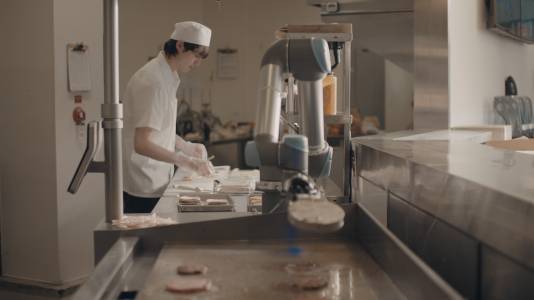 David Zito, co-founder and chief executive officer of Miso Robotics said: “Our mission is to improve working conditions of chefs and line cooks with assistants, not replace them. Anyone who’s ever worked in a restaurant knows how hard the work is and the value of extra hands and that’s exactly what we built.”

Fans of Flippy without access to a Caliburger will have to wait a while to see their meal made by the machine; the company has six-month exclusivity on the robot. And Caliburger doesn’t have any UK restaurants as yet. Though they are planning to open in London.  Maybe Flippy the robot will try out for a job at the Golden Arches. “Want fries with that?”