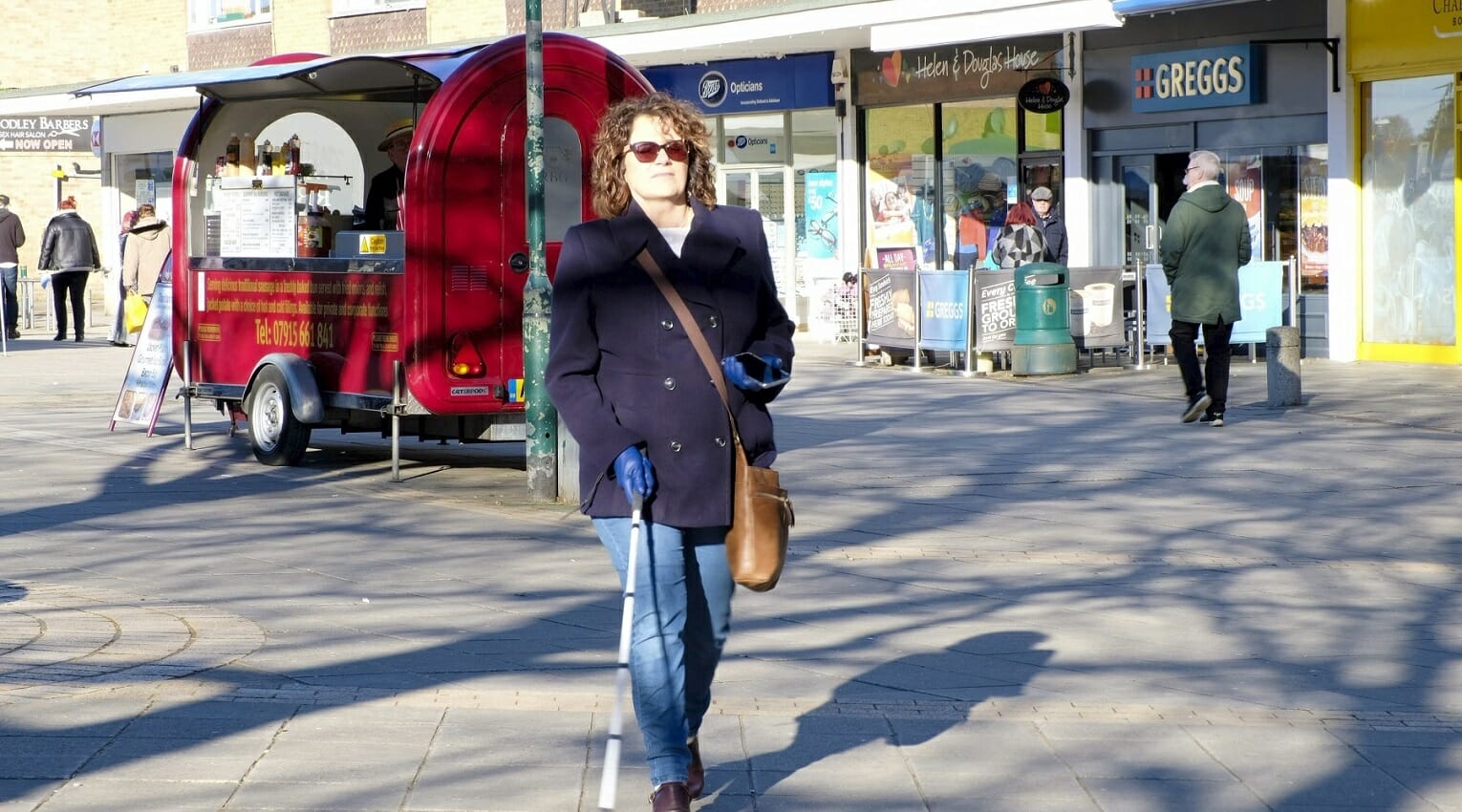 The Soundscape app uses directional sound to help those with sight loss discover places around them.

Microsoft has launched a sound-based navigation app for partially sighted users, offering what it calls a 3D audio experience to help those with sight problems move around more easily.

The Soundscape app uses location data from a smartphone and combines it with a range of clicks and other sounds played through headphones to indicate where landmarks, waypoints and desired destinations are.

The free software has been released on iOS for iPhone users, having been in testing for more than two years in the UK as well as in the US.

How the Soundscape app works

Using 3D audio and stereo sound, the clicks and beats are emitted from the headphones in the direction of the landmarks and beacons, enabling users to build a mental picture of the world around them.

This is combined with vocal information on the surroundings a user is currently in, such as street names, warnings as they approach road crossings and amenity information such as nearby coffee shops.

The app can also run in the background so users can put their phone away while exploring their location.

It will also call out road names and landmarks as users pass them.

As part of the app’s development, the technology giant worked with charity Guide Dogs to test its software.

The charity’s chief executive Tom Wright said the app could give those with sight loss a level of freedom they would otherwise be unable to have.

“If you’re living with sight loss, getting around towns and cities can be daunting,” he said.

“Choosing where to go and what to do is an impossible dream. Soundscape will change this for many people.

“We worked with Microsoft to put people with sight loss at the heart of the development of Soundscape.

“This close collaboration has resulted in an app that makes exploring towns and cities a more enjoyable experience for those with sight loss, enabling people to make spontaneous choices about where they go and what they do.”