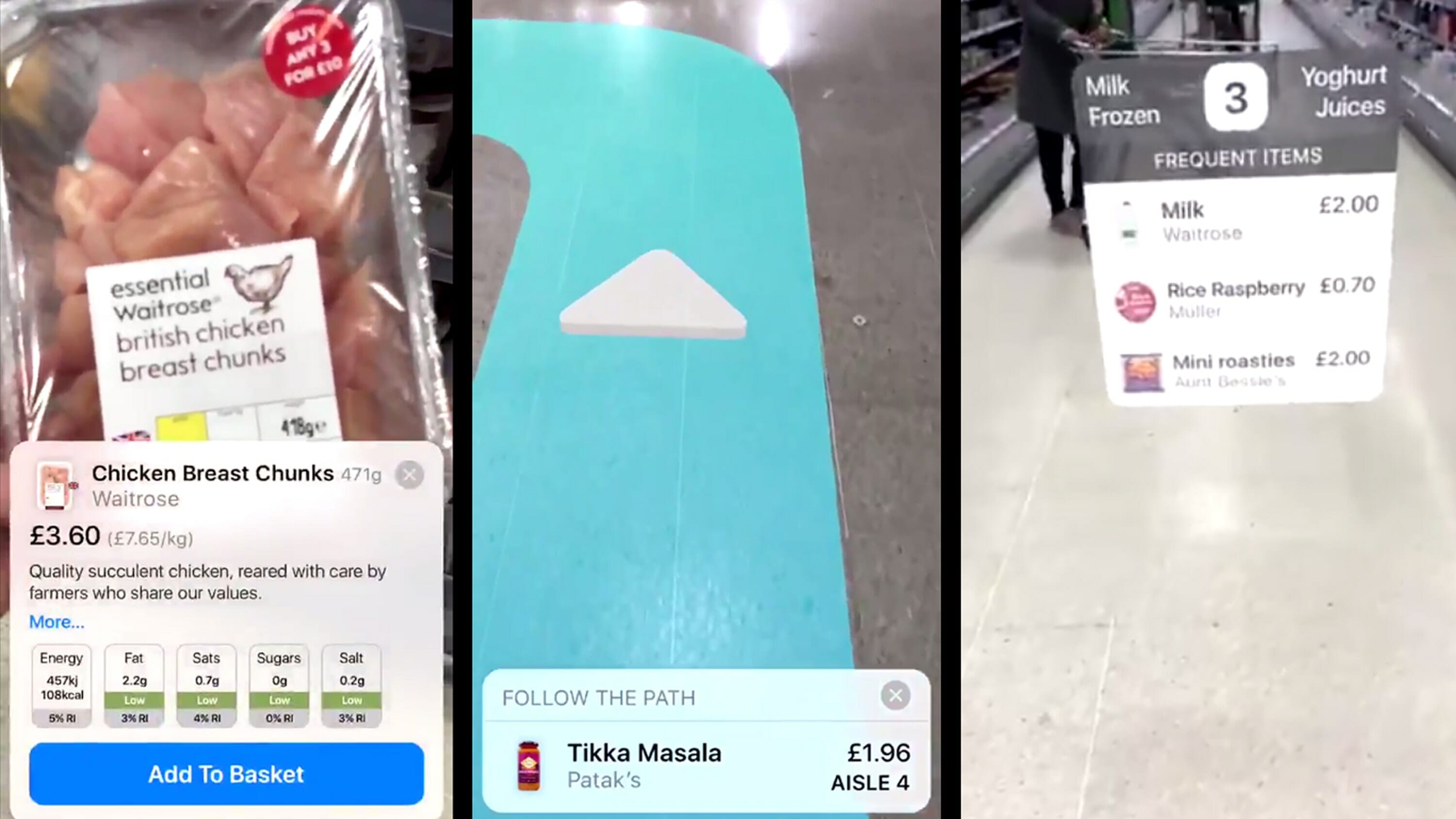 This augmented reality shopping tool is brilliant. Developed by London entrepreneur Andrew Hart you could soon be using it in your local supermarket.

Augmented reality is not just for using Snapchat filters and catching Pokemon, it can also be used to help you with your grocery shopping.

The video, shared by Andrew Hart from London, shows the new tool his company Dent Reality been working on.

And it involves an AR interface that allows shoppers to see real-time information – such as description, price and location of the products – as they move around a store.

He said: “It became the most popular ARKit project on GitHub. The AR navigation demo and other demos at the time were a part of that.”

Mr Hart says the technology will be available to retailers in the next few months, who will then be able to roll it out into their apps after that.

He believes retail and indoor spaces are places that allow AR technology to shine as it gives “people more context about the world around them”.

Mr Hart said: “So what we’re developing now is an end-to-end tool, where retailers can manage everything from a web app, download the native iOS and Android SDKs to their app, and get this great AR experience that can surface product information, guide visitors around, and display other relevant spatial information.”

Bring on the zombies

Which all sounds great but…The problems we already face with hordes of zombie shoppers meandering down the aisles staring at their phones is going to get a whole lot worse. And I can’t help but think this is over-engineering a solution to a problem which doesn’t exist. It isn’t that hard to find a jar of curry sauce is it?

Just another example of how we can’t do anything without an app. Will future shoppers be unable to navigate their way out of the shop without an app to tell them where the doors are?

Let me know your thoughts in the comments box below.