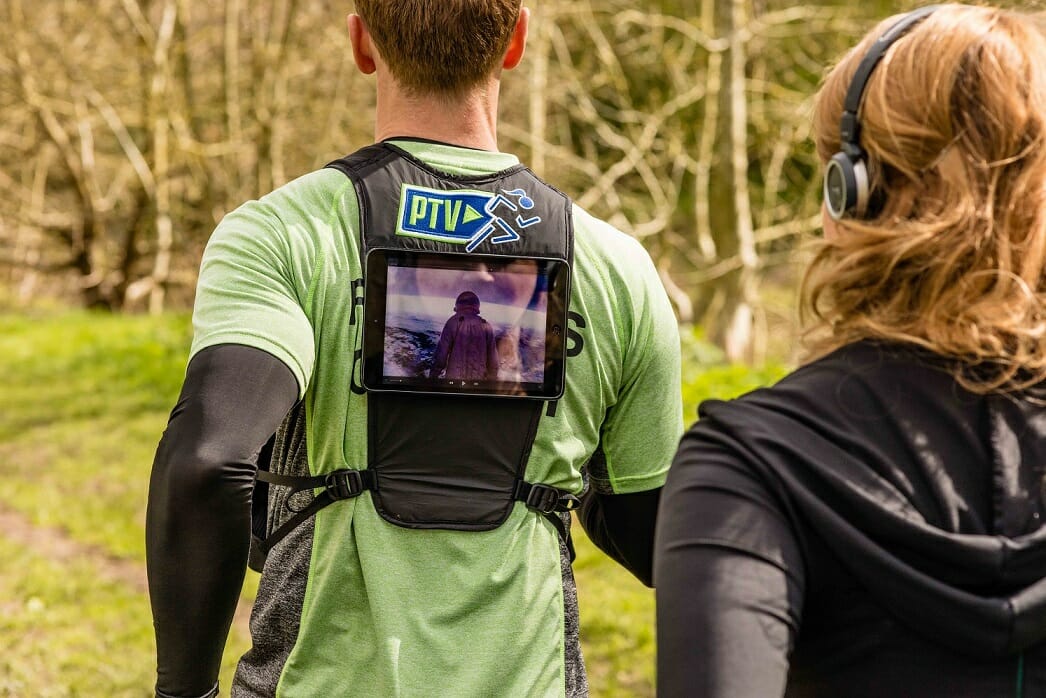 From the Ministry of Barmpot Ideas comes jogging TV.

Leisure chain David Lloyd is trialling a service to motivate gym-goers by letting them binge-watch their favourite show while on a run.

No it’s not a late April Fool gag

For those who want to run, but don’t want to miss their TV favourites, a trainer with a tablet strapped to their back will go in front, while a runner watches behind them with wireless headphones.

After a runner chooses their show, the gym takes them on a route appropriate to the episode length.

Examples include The Good Place, which David Lloyd estimated would keep the average runner occupied for 3km, or for a longer run, a Game Of Thrones episode will last an average 7.5km.

I can only imagine the gym is hoping jogging TV will lure couch potatoes away from their living rooms and into the great outdoors.

The reasoning seems to be that of course they will go for a run as long as they can watch a bit of telly. Which is all very well but how do you eat bags of crisps and Mars Bars while you’re running? This thing hasn’t been thought out.

The whole thing is nuts but…

Research conducted by the gym revealed that a quarter of Britons do no exercise each week because of their busy schedules, but 18% of people found time to watch over 31 hours of TV a week. 31 hours? How do people find the time?

Jorge Fernandes, a staff member at David Lloyd Chigwell, said: “We appreciate that the hectic nature of modern life means people often struggle to find time to exercise each week.

“Our new PTV classes aim to counter this trend, giving time-poor parents and young professionals the perfect means to stay up to date with their favourite shows while ensuring they stay active and healthy at the same time.”

The sessions will be trialled at the gym’s Chigwell branch in April, then based on response will be introduced across the UK. Sessions are open to members and non-members.

Can you imagine hordes of couch potatoes suddenly deciding to take up running because of jogging TV? No. Me neither.

Jogging TV sounds more than a little ridiculous. But not as mad as these barmpot inventions we wrote about a while ago.