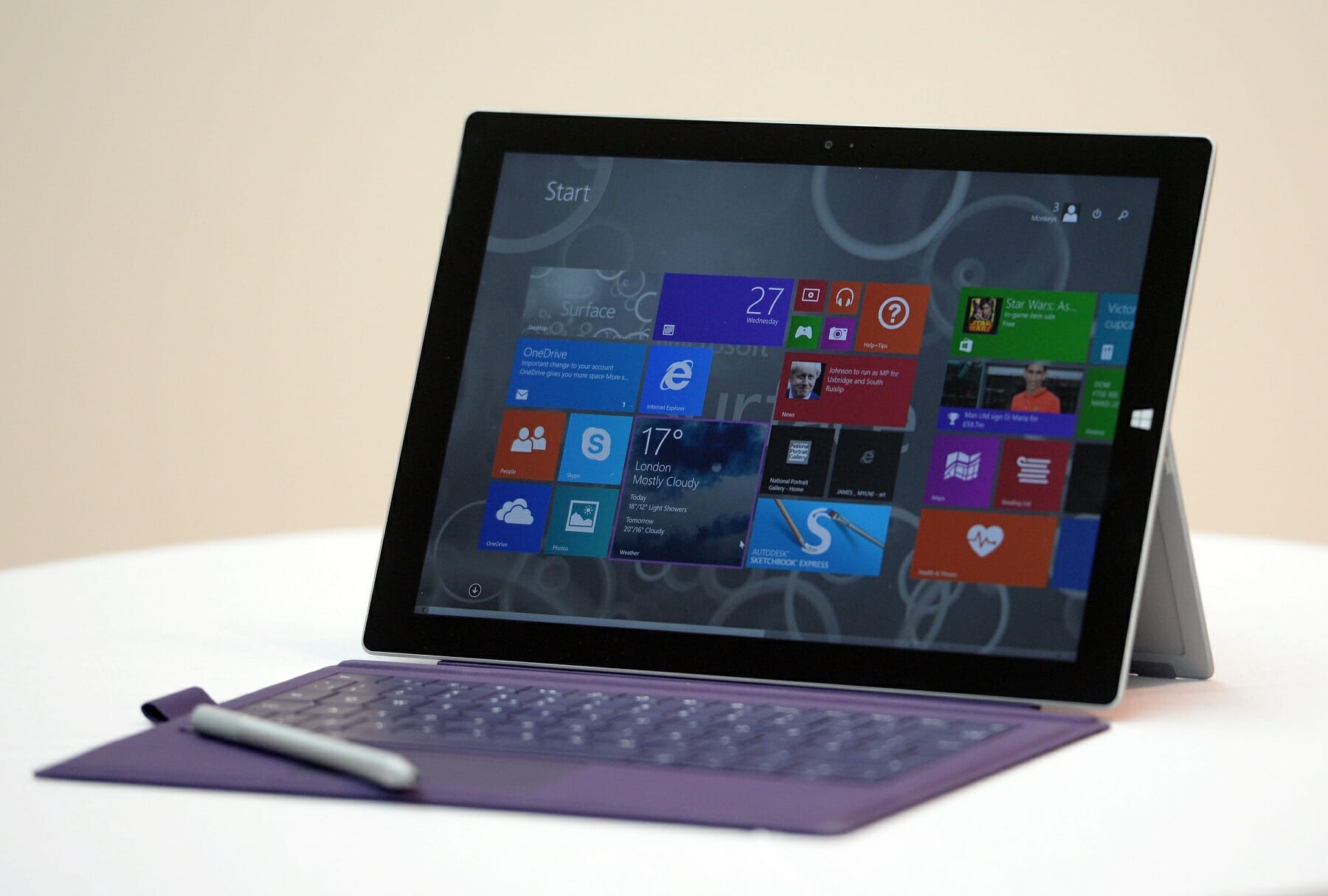 What is a computer? It’s not such a simple question anymore as the lines between laptops, tablets and phones are becoming more blurred than ever.

“What is a computer?”

It’s the loaded question casually thrown by a young girl at the end of a recent iPad Pro TV advert, but it is also a valid point about the uses and types of devices available now.

Twenty years ago this month Apple turned desktop computing on its head by launching the iMac – an all-in-one machine designed to make computing playful, capitalise on the internet age and make desktops more like a consumer electronic device than a traditional PC.

“Sorry, no beige,” Jeff Goldblum declared in the advert.

If you look around your home or go computer shopping, it’s not the colour differences that stand out but the form factors. Computers don’t really look like computers any more – and even the familiar can mask something very different.

It’s not easy to know what is a computer anymore

Tablets behave more like laptops, laptops can become tablets, some of them have more power than many desktops in our homes and mobile phones continue to be the Swiss Army knife of computing, forever surprising us with what they can do.

Across the market, companies such as Google, Samsung, Microsoft and Apple are producing devices which are definitely computers – but not as our parents might have understood them.

Microsoft has been driving a lot of this change, via Windows 10 and through its Surface range of devices, by thinking about “productivity” and what it means to get things done across different devices.

Its new Surface Hub 2 is perhaps an extreme example of how computers can be both highly visible from a hardware perspective, but almost invisible when you think about how the tool is being used.

We’re used to writing on whiteboards and extending that use to a computer experience in which you are connected, video conferencing, sharing files and so on feels both natural and revolutionary.

Reflecting on the company’s line-up of portable devices – from Surface Book, to Surface Laptop and Surface Pro, Pete Kyriacou, programme manager of Surface, said: “We feel like we’ve been driving – what does productivity mean?

“Five years ago having a full-core x86 processor with you probably meant four hours of battery life and a heavy device; we feel we’ve been able to push on what it means to be mobile and productive.

“We’ve leaned into that blur. It’s less about the hardware people are using and more about the experience they are going through.”

What’s changed in the last few years is that the trade-offs are becoming smaller and smaller – you can do so much more on a device the size of a tablet that only a desktop could do in the not too distant past.

Smartphones, phablets, tablets, hybrids, 2-in-1s, laptops, desktops and smart displays – the lines of distinction between our devices used to be so clear. You couldn’t do on a phone what you could do on a desktop – but that’s increasingly less about computing power alone.

While the boundaries as to what is a computer are blurring, they’ve not disappeared altogether. The most powerful laptops are still somewhat heavier than a tablet – and not just because of screen size.

More powerful processors need bigger batteries which make for larger devices. But when a device can pack desktop power in a screen weighing just two pounds, tech firms can really start to change what we can do with our devices – even in the smallest packages.

In police forces across the UK officers are using Samsung Galaxy Note devices to replace pocket notebooks – more computing power and connectivity in the hand than existed in many offices a decade or so ago.

Paul Scott, head of product management at Samsung, said: “The mobile devices contain online ‘apps’ which allow officers to record a crime without having to return to a station, reducing admin and spending more time on the front line.”

Samsung says this is delivering an average of 18 minutes of additional time on the streets per police officer, “equating to a £1 million worth of additional policing annually”.

What Samsung are seeing and responding to is that blurring of uses of our devices. Mr Scott added: “By 2020, 48% of the workforce in developed nations will be classified as mobile, which has encouraged the adaptation of design, form and function of laptops across the board.”

In other words, the characteristics of a smartphone and tablet are being incorporated into laptops, desktops and smart displays where it makes sense to do so, because users expect the computing power and no longer want to be limited by the screen size alone.

Instant on, lightweight, long battery life, seamless work across devices, a democratised computer experience that is simple to use for everyone – these features of our mobile devices are now features of our laptops and desktops.

It’s why devices like the Samsung Galaxy Book exist – to all intents and purposes it’s a tablet device which happens to have a case with a keyboard but it’s running Windows 10, and is powered by a processor with enough grunt to run what we used to call “desktop applications”, such as full versions of Adobe Photoshop and Microsoft Excel.

But sit with the screen alone watching Netflix or streaming live sport and it becomes almost invisible as a device, more like a smart screen than what we used to think of as a laptop only a few years ago.

A Chromebook offers many of the advantages of a smartphone combined with the form factor of a laptop and the flexibility and portability of a tablet. It’s a great example of how the hardware isn’t forcing us to choose the kinds of experience we want from our devices

For IT expert Luke Kanies the challenge now is shifting from what the hardware is capable of to how the software underpinning our computers can take advantage of the form factor without being limited by it. 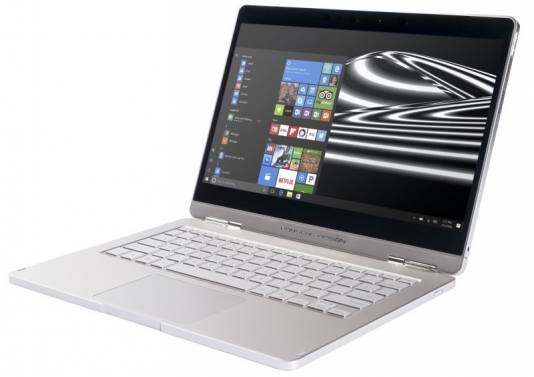 Even Porsche are now building computers

To put it another way, you wouldn’t expect to use a mouse and keyboard with a smartphone but should and how can touch and traditional input methods work together in devices like tablets and hybrids when they straddle the computing spectrum?

The problem of what is a computer is best exemplified by the iPad – it grew out of the iPhone as a touch device but, as it has become more powerful and pitched towards more productivity, the use of touch and focus on one app at a time does not fit the workflow of many people.

Mr Kanies said: “There’s a mixed record of making the iPad both more powerful, and more general-purpose. The biggest change for me has been the addition of a keyboard that I can always keep attached, and some of the changes that came with it to make the iPad a bit more keyboard-controllable.

“I don’t think there’s any task involving focused effort in one application that you can’t do as well on an iPad as you can on a desktop. I can write just fine in either environment.”

He added: “When you start to need multiple apps, and especially switching between them quickly, the iPad starts to struggle.

“I have spent as much time managing email on my iPad as I have on a Mac in the last five years, but I am dramatically more productive on the Mac. These complicated, multi-app experiences just have not translated well to the iPad yet.” 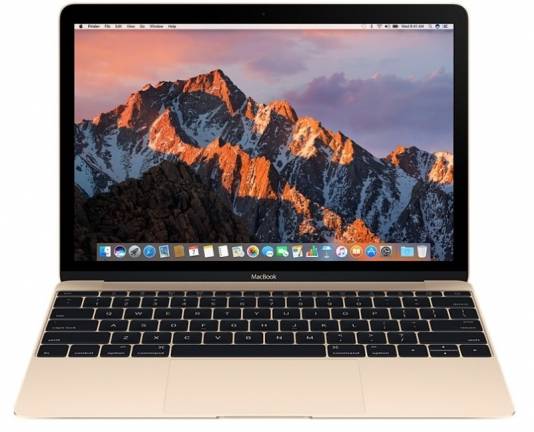 While Apple grapples with this problem, Microsoft look to have their own answer to the what is a computer question. They are reaping the benefit of designing an operating system built around both mouse and keyboard and touch.

Mr Kyriacou said: “We do a lot of competitive landscaping and bring in other products and use them internally. And whenever we have one set up and someone tries to touch the screen on a device which doesn’t have touch it always makes me laugh, whether desktop or laptop.

“Watching someone manipulate data on a screen because that’s what they are used to makes me realise that Microsoft made the right bets along the way.”

As the boundaries blur so too might our definition of what is a tablet or a desktop, or a laptop. They are increasingly meaningless terms because what matters is what they allow you to do, and how easy it is to do the things you want it to do.