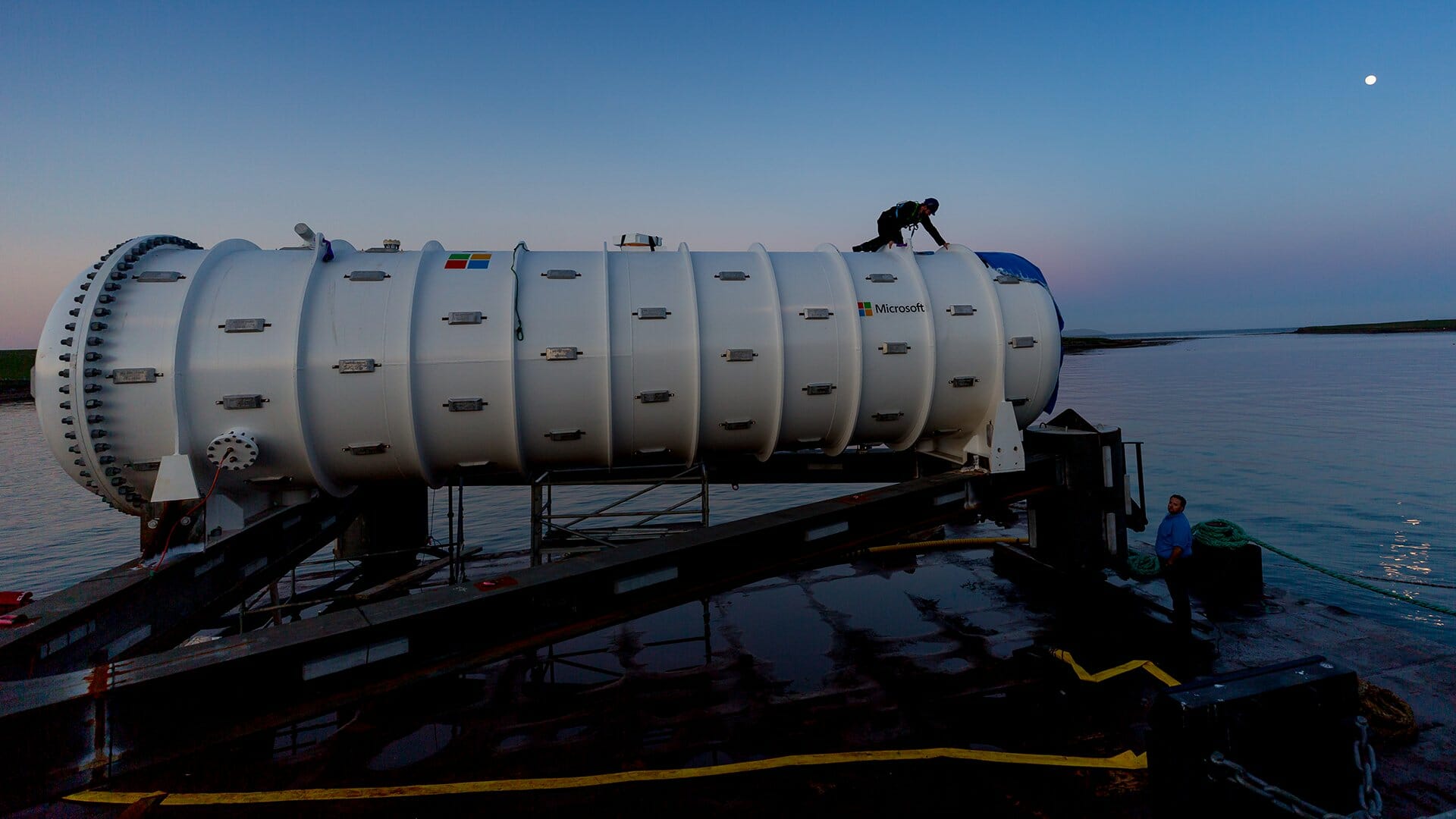 Microsoft has sunk a data centre off the coast of Orkney to create quicker and eco-friendly internet.

The 40ft cylinder is powered by tidal turbines and wave energy converters, using the water to cool naturally.

It is hoped Project Natick will see data centres – described as the “backbone of the internet” – able to operate untouched for up to five years.

Cindy Rose, chief executive of the technology giant, said: “Microsoft is exploring the idea that data centres – essentially the backbone of the internet – can be based on the sea floor to produce an eco-friendly internet.

“Phase two of this research project has just begun in the Orkney Islands, where a more eco-friendly data centre was lowered into the water.

“The shipping container-sized prototype, which will be left in the sea for a set period of time before being recovered, can hold data and process information for up to five years without maintenance.

“Despite being as powerful as several thousand high-end consumer PCs, the data centre uses minimal energy as it’s naturally cooled.”

Data centres and an eco-friendly internet

Having data centres closer to people using the internet would create faster and smoother web browsing, video streaming and gaming.

One way to do this is by placing them underwater near coasts, according to Microsoft, as more than half of the world’s population live within 120 miles of a shoreline.

The target lifespan of a Natick data centre is at least 20 years.

After each five-year cycle, the vessel would be retrieved, reloaded with new computers, and redeployed.

It is designed to be retrieved and recycled at the end of its lifespan.

The cylinder is loaded with 12 racks containing 864 servers and associated cooling system infrastructure.

It was assembled and tested in France and shipped on a flatbed truck to Scotland, where it was attached to a base for deployment on the seabed.

Scottish Government energy minister Paul Wheelhouse said: “With our supportive policy environment, skilled supply chain and our renewable energy resources and expertise, Scotland is the ideal place to invest in projects such as this.

“This development is, clearly, especially welcome news also for the local economy in Orkney and a boost to the low carbon cluster there.

“It helps to strengthen Scotland’s position as a champion of the new ideas and innovation that will shape the future.”

Over the next 12 months, the research team will monitor and record the performance of the data centre in Orkney.

The first stage of Project Natick showed the underwater concept is feasible while phase two is focused on investigating whether the concept is logistically, environmentally and economically practical.