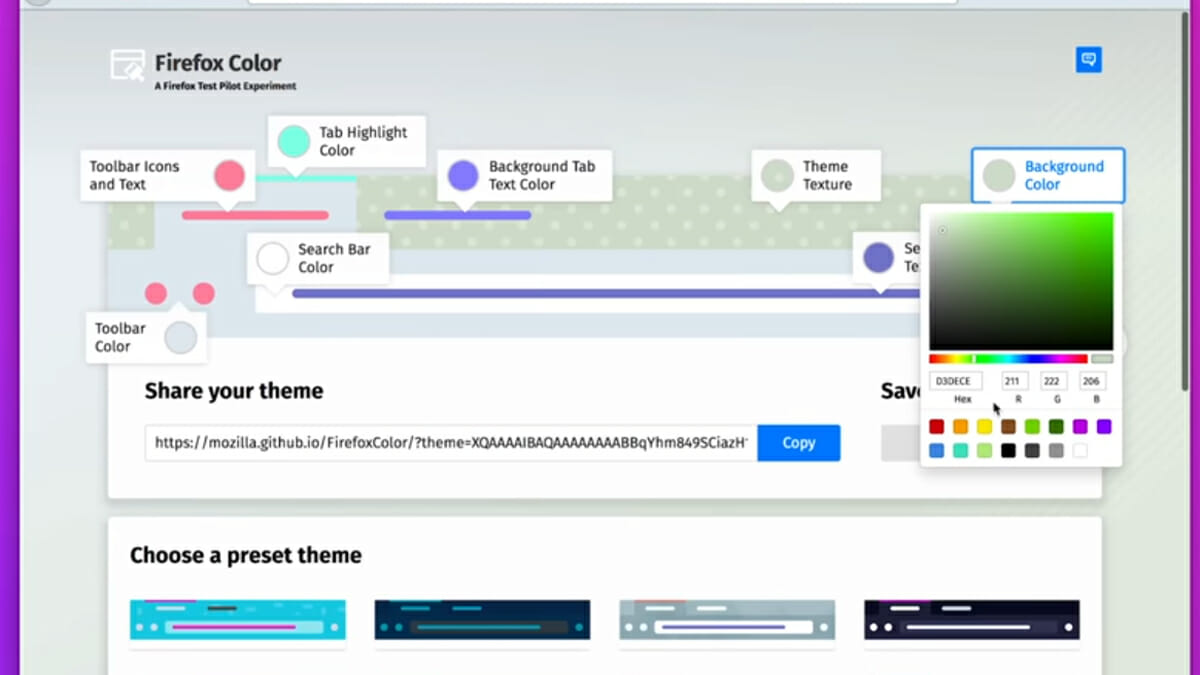 Web browser Firefox has a new customisable option which allows users to change its colour to suit their tastes and needs. The new Firefox colour change option is one of two extensions just released with the other aimed at helping productivity while online by showing two tabs simultaneously.

As in the past, Firefox is releasing the extension as part of its Test Pilot scheme which gives people the chance to try out a new feature ahead of a major release. In return it wants feedback on the extension.

If the Firefox colour change option proves popular then it will be migrated to the full browser as an option.

Once downloaded Firefox colour change means that every element in a browser can be colour-coded. Which is going to make your monitor colourful if nothing else.

And Firefox really does mean everything. From backgrounds and tabs to text and the search bar. Even textures are back.

There are a plethora of preset themes to choose from, but creatives can save their colour combo and allow others to use it too.

The second extension now out for testing is Firefox Side View.

“The Side View extension allows you to view two different browser tabs in the same tab, within the same browser window,” it explained on the Mozilla blog.

Other experiments currently available via Test Pilot include an inbuilt browser notepad and the ability to send encrypted files via a time-limited link. Try them all here.