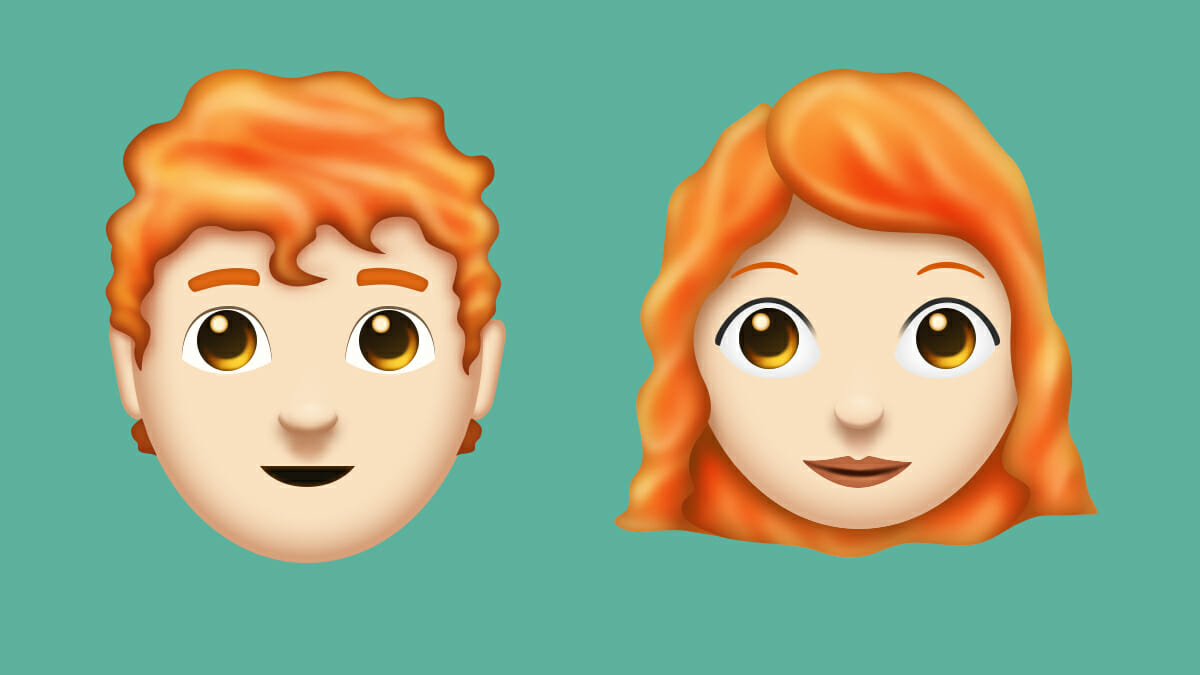 The world can rejoice as new redhead emojis have finally been added.

From today there’s a plethora of emojis which come with ginger locks for both men and women.

Other updates in Emoji 11.0, part of Unicode 11.0, include white hair, curly hair and baldness.

Details of the ginger emoji had been revealed back in February but Tuesday marks the rollout of Unicode 11.0.

That’s the technology which makes it possible for different devices and platforms to understand each other.

Now vendors need to trigger their own updates to set the new redhead emojis free.

Of the 684 new code points, 66 are for new redhead emojis which will have their own keyboard position.

Another four emojis in Unicode 11.0 are additional options when you hover or hold an emoji down which combine to make the celebrated ginger options.

Other emojis now available include a smiling face with three hearts and a party face to celebrate – just like red-haired people are right now.

From the animal kingdom, we can now talk with ease of the kangaroo, raccoon, llama, hippopotamus and badger.

Feathered friends now in the mix include the swan, peacock and parrot. Lobster and mosquito are also featured.

Other new emojis are a cupcake and jigsaw, a teddy bear, toolbox, magnet, a mango and a bagel.

If there’s still something missing from your emoji arsenal, plans are well under way for a 2019 release which will coincide with Unicode 12.0.

Draft candidates include a guide dog, kite and white heart. It will be finalised in September and released before the end of March 2019.

Meanwhile, submissions are being welcomed for 2020 release by the Unicode Consortium, the organisation which determines which emojis make the cut, along with characters and letters from other alphabets.