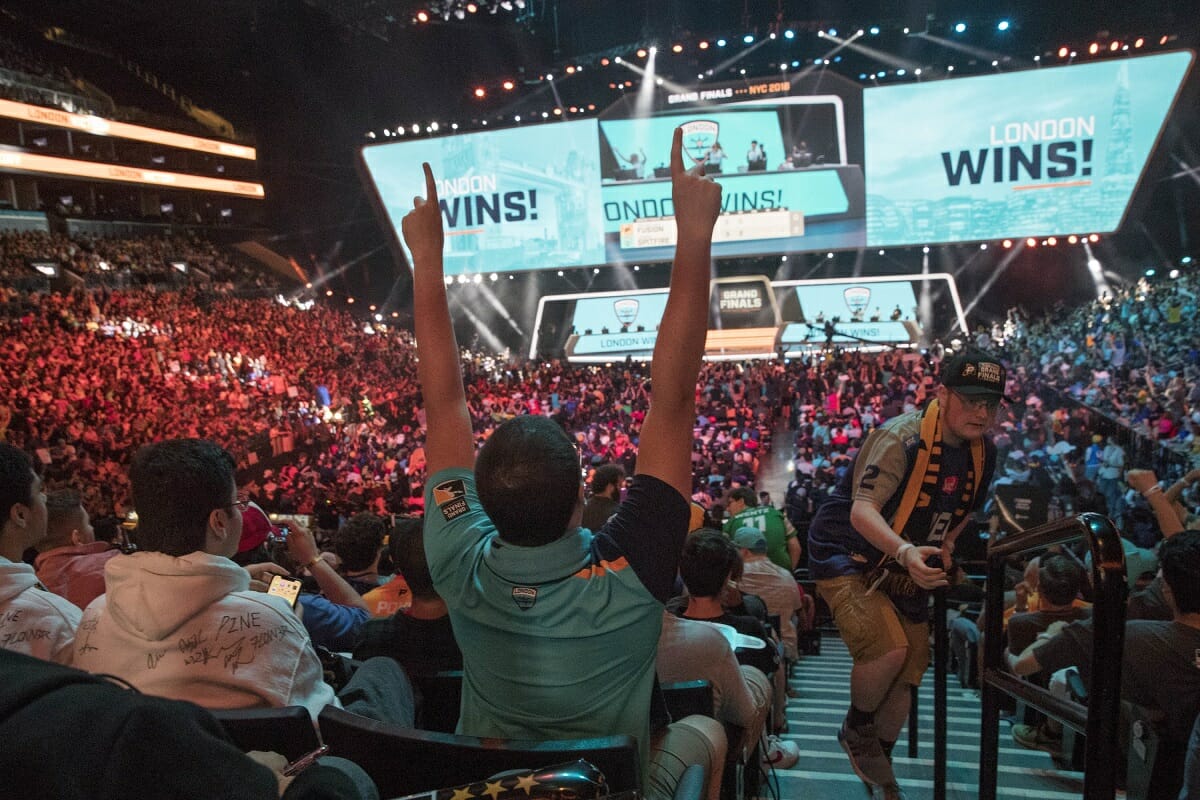 The rise of eSports has been fast-paced and dramatic, with a sold-out crowd at New York’s Barclays Centre for the recent Overwatch League (OWL) finals the perfect demonstration of its exploding popularity.

Competitive gaming has come a long way. Having once been consigned to weekend clubs and small, local competitions, events such as the OWL have proved it is possible to fill arenas with people to watch 12 players battle in one video game.

While games such as Pokemon Go and Fortnite have proved in recent years that almost anyone can be lured into the thrill of gaming on some level, eSports competitions such as the OWL are proving they are viable entertainment for spectators too.

A traditional approach to a new sport

The key, according to league commissioner Nate Nanzer, has been taking an approach to league structure similar to “traditional sports”. In Overwatch’s case that meant city-based teams – not something widely used by other competitions.

“We saw an opportunity to take this incredible game, to take a structure around city-based teams, that works in other sports – let’s apply that to eSports; let’s borrow best practices from sports leagues,” he said.

“I’ve said it before that one of our goals for the Overwatch League is in the future for it to become just as common for a mum and dad to come home from work, grab the family and go watch an Overwatch League match as it is today to do that for baseball, hockey or basketball, and what I’ve seen this season is incredibly encouraging and we’re well on our way to doing that.”

Pete Vlastelica, Activision Blizzard’s president of eSports leagues, said the growth of the OWL has surprised even those who created it.

“It’s bigger than we expected. We expected the Overwatch League to be huge, we went into it with that ambition. People called us crazy, but we didn’t expect it to get this big this fast,” he said.

“Selling out this venue (Barclays Centre), all the excitement around the league, not just at league level but at team level – fans are starting to attach themselves to teams in ways that we didn’t expect so soon because we’re not even playing all of our games in London or Philadelphia, we’re playing all our matches in Los Angeles and yet these teams’ fan bases are starting to pop up all over the world.”

Part of that growth could be down to some of the attention to detail the teams have shown when trying to tie themselves to their adopted cities.

The London Spitfire team does not feature any UK-based players (it is like the Premier League then) – the entire roster is South Korean – but team owner Jack Etienne revealed that they took inspiration from British sport when designing the Spitfire logo.

“For the logo we had lots of ideas for design but we ended up with something that we think really is a nod to the English Premier League in that the logo and badge really represents the region,” he said.

“We feel like the response has been really positive and we’re really proud of it.”

Mr Nanzer also pointed to the top players as a key factor of the league’s growth, many of them now living in a similar fashion to other athletes, training and preparing for competition.

“They’ve worked incredibly hard to get here,” he said.

“Playing video games every day to the average person may not seem super challenging, but as somebody who gets to sit and watch players work every day, they spend so much time and energy building their mind and body – really breaking stereotypes of maybe what people think it means to be a gamer.”

But it is not just in the OWL where the rise of eSports is being accelerated – on the same weekend of the OWL Grand Finals, Call Of Duty and popular battle royale game PlayerUnknown’s Battlegrounds (PUBG) have been holding their own tournaments.

Talks have been confirmed with the International Olympic Committee (IOC) over the possibility of eSports joining the Games in the future.

If you are yet to witness an eSports contest for yourself, it is highly possible that will change in the years to come.

Don’t forget to visit the Ebuyer gaming store for all your gaming essentials.