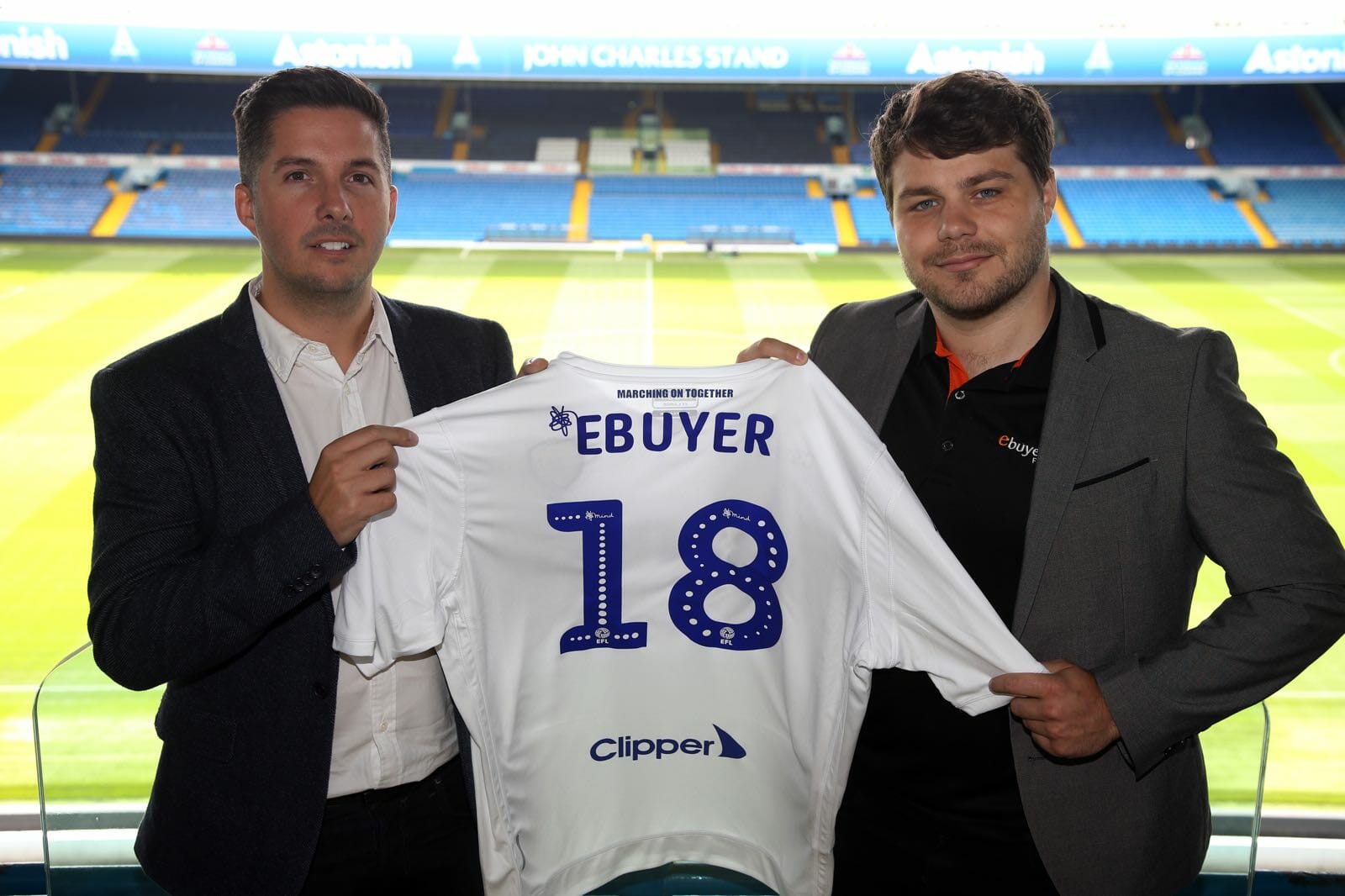 In a pioneering partnership Ebuyer have become the first ever Official Electronic Retail Partner of Leeds United Football Club. The one-year deal began with United’s recent home win against Rotherham.

Supporters at Elland Road will see the Ebuyer brand appear on the state of the art LED pitchside advertising boards as well as on The Whites matchday social media graphics.

Lee Weymouth, Commercial Director at Ebuyer, spoke about the exciting partnership and said: “As a proud Yorkshire company we’re delighted to be teaming up with not just one of the biggest clubs in the local area but in the whole of the UK.

“We see this partnership as the perfect way to engage and drive business here in Yorkshire and further afield. We’re excited by the start of the season and for the future success of ourselves and Leeds United both on and off the field.”

“This digital partnership is innovative and fun, our matchday social media posts are in the top 10 in the industry in terms of interactions and we are delighted that Ebuyer will be the first company to sponsor our goal graphics.”

What are the things that wind you up most at work?
Is 9-5 no longer the norm?
To Top