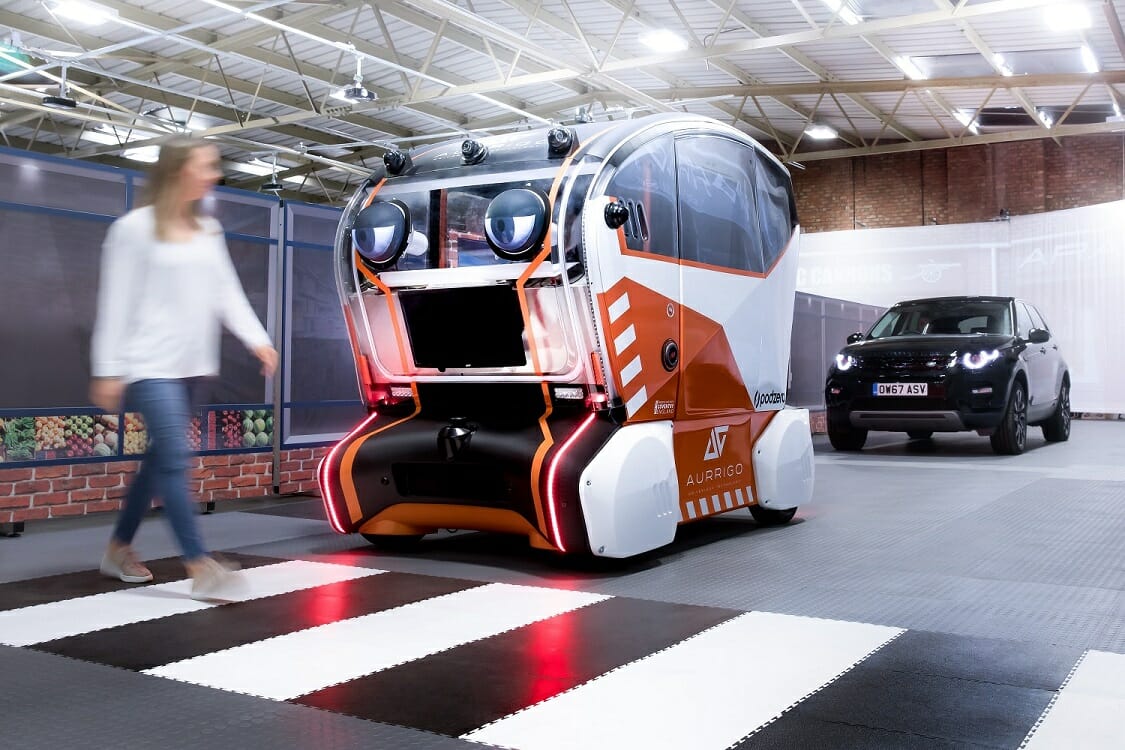 Jaguar Land Rover has used new concept technology in an effort to gauge how humans will come to trust autonomous vehicles in the future.

Named Virtual Eyes, the cartoon-like driverless machines were used in a trial in a fabricated street scene in Coventry. The pods are fitted with LED ‘eyes’, which appear to be following pedestrians as they cross the road.

This allows the autonomous vehicle to communicate with pedestrians that they are aware of their presence and, and that it intends to avoid them.

Engineers then recorded the levels of trust in the person crossing the road before and after the pod makes eye contact, to find out if it would generate sufficient confidence that Virtual Eyes would stop for them.

The trials have taken place as Jaguar Land Rover continues to commit itself to prioritising safety in developing self-driving technology, with the firm stating its long-term goals are to ‘make cars safer, free up people’s valuable time and improve mobility for everyone’.

Pete Bennett, Future Mobility research manager at Jaguar Land Rover, said:
“It’s second-nature to glance at the driver of the approaching vehicle before stepping into the road. Understanding how this translates in tomorrow’s more automated world is important.

“We want to know if it is beneficial to provide humans with information about a vehicle’s intentions or whether simply letting a pedestrian know it has been recognised is enough to improve confidence.”

Selfridges coffee robot will serve you now
In Video: Latest robots go on show at IFA tech event
To Top