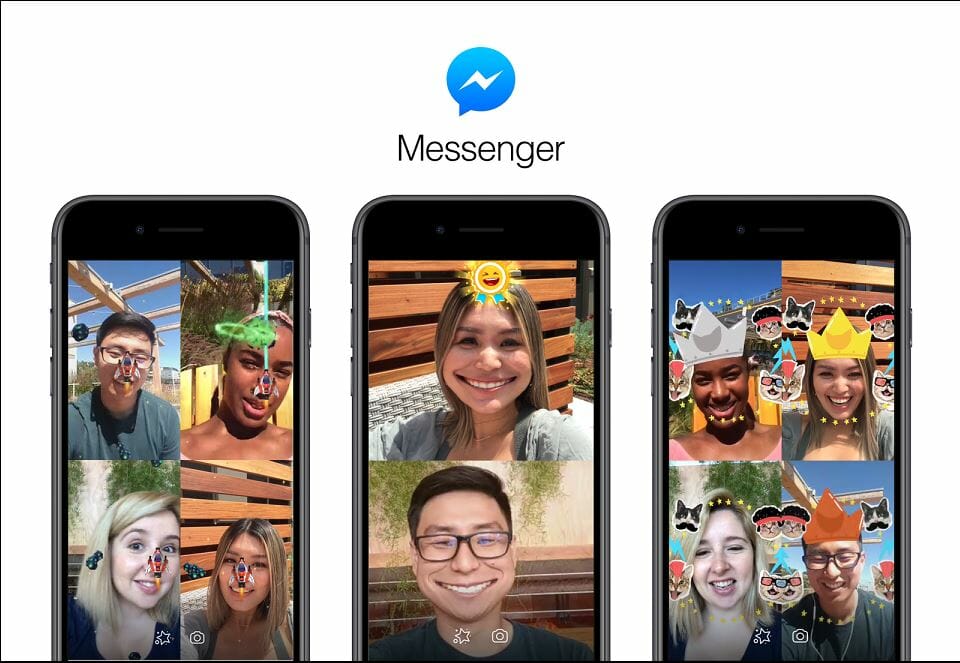 Watch as rockets and other virtual objects take over your screen with the new Facebook Messenger augmented reality games.

The social network has added two games, which allow up to six people to play along at once from their own handsets.

Don’t Smile is a straight face challenge, that tests your ability to avoid breaking into laughter the longest, as virtual objects fly on to your face.

The second game, Asteroids Attack, sees a spaceship placed on your nose that you must protect from falling asteroids by swerving around.

“For the moments when we can’t be together IRL, Messenger video chat helps you connect in real-time with the people you care about most,” said Messenger product manager Nora Micheva.

Facebook are planning to add more AR games in the coming weeks and months, including Beach Bump, where you need to hit the ball to each other, as well as a cat matching game called Kitten Kraze.

The games can be found in the latest version of the Messenger app by starting a video chat and tapping the star button.