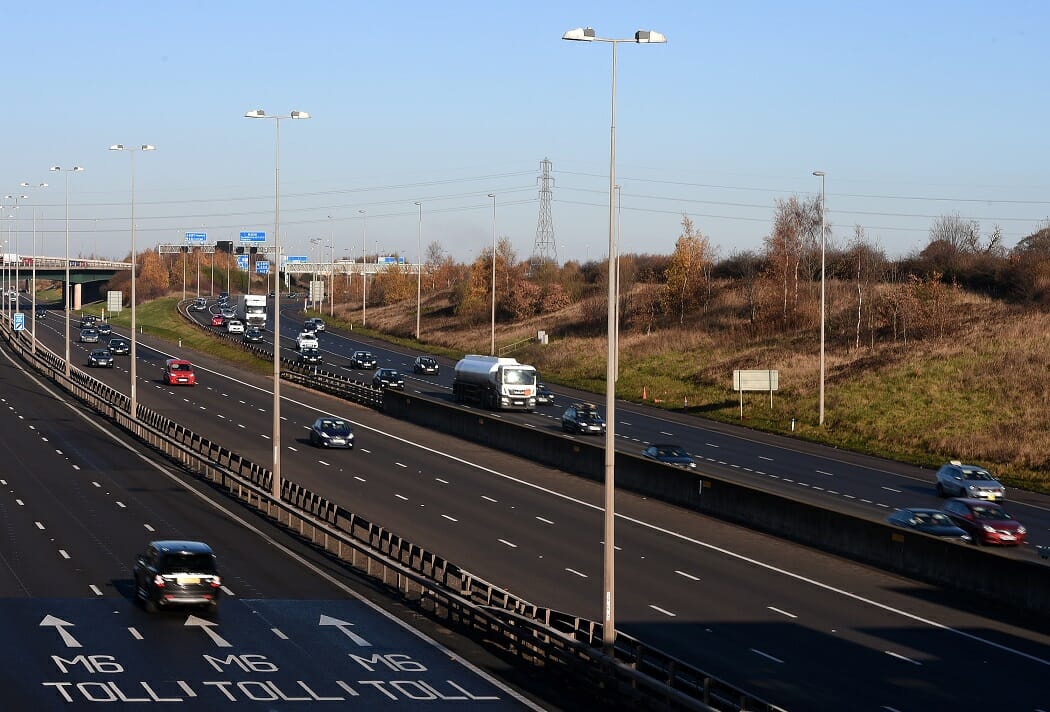 Research has identified the UK roads that are the best routes for driverless lorries.

Transport information firm Inrix say the M6/M74 corridor between Manchester and Glasgow has been identified as the most valuable route for driverless lorries in the UK.

Firms would maximise profits by deploying autonomous HGVs on the 215-mile Anglo-Scottish route because of its long distance and relatively low congestion.

The second most feasible corridor would be the A1 between Sheffield and Edinburgh, followed by the M5/A38 route between Plymouth and Birmingham.

The safest routes for driverless lorries

The M25 London orbital motorway was selected as the road where driverless lorry technology could lead to the biggest safety improvement. Which makes sense. The less human drivers on the M25 the better. Coventry-Manchester on the M6 was in second place.

The report stated that highly automated vehicles are “poised to dramatically alter the long-haul trucking sector”.

It predicted that the cost of the technology will decline as it is developed. But costs will be saved in other areas as well. According to the report  driverless technology could provide “valuable savings” for UK firms due to the shortage of qualified HGV drivers and uncertainty over the movement of people after Brexit.

Platoons of self-driving lorries are expected to be trialled on England’s motorways by the end of the year. Up to three wirelessly connected HGVs will travel in convoy, with acceleration and braking controlled by the lead vehicle.

Lorries driving close together would see the front vehicle pushing air out of the way. This would make the other vehicles more efficient and lower their emissions.

The Government announced in August 2017 that it would provide £8.1 million of funding towards the trials. the testing will be carried out by the Transport Research Laboratory. All lorries involved will have a driver ready to take control if required.

– Here are the five most commercially viable corridors for autonomous freighting in the UK, according to Inrix:

– Here are the top five corridors for autonomous freighting in the UK based on safety, according to Inrix: