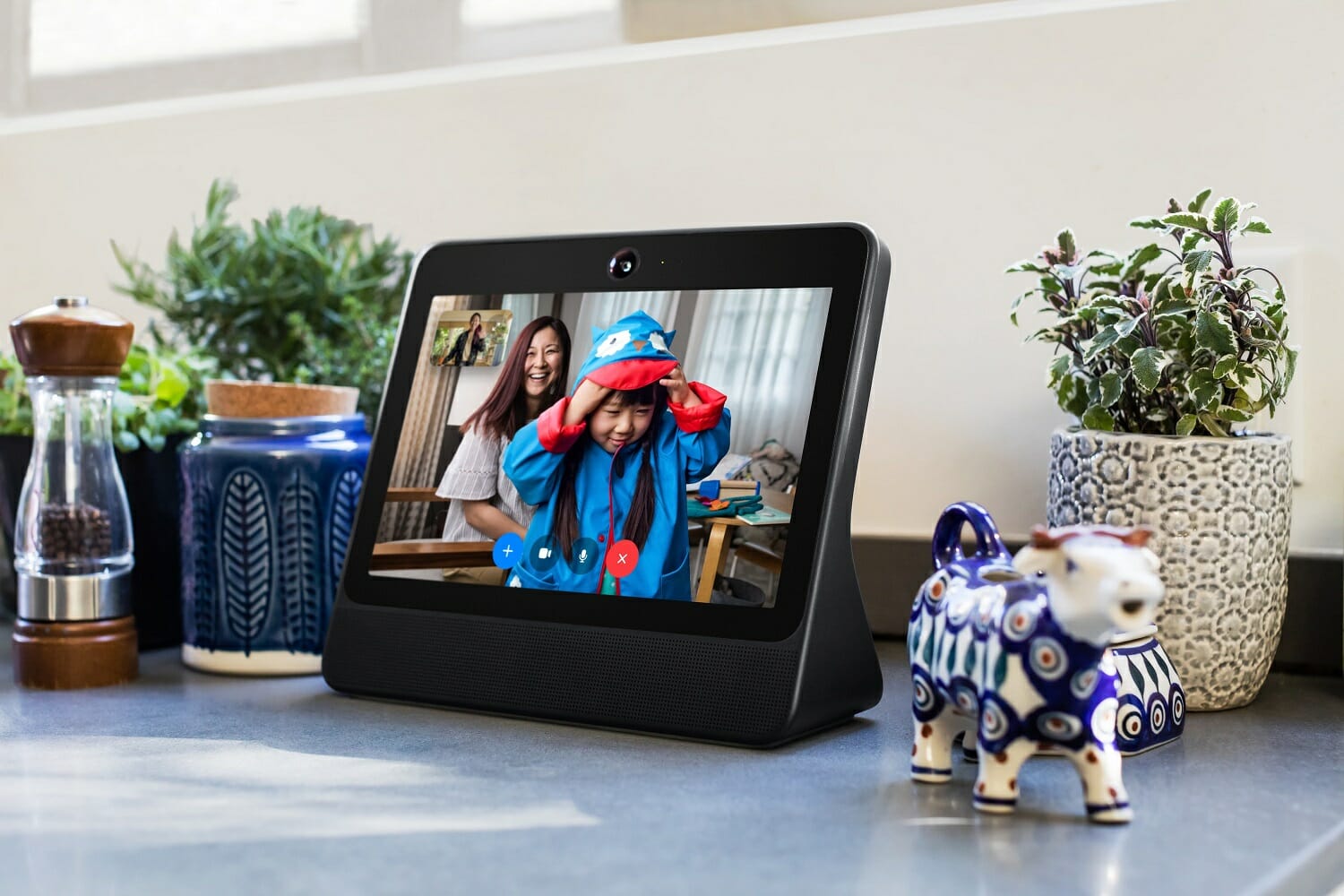 The new Facebook video calling screen called Portal and Portal+ will go on sale in in November.

The new voice-controlled screen has the Amazon Alexa voice assistant built-in. It can be used to make video calls to friends and family via Facebook’s Messenger platform.

In an attempt to reassure users over the firm’s record around user privacy, Facebook said the device comes with a camera lens cover. Users also have the ability to disable both the camera and the microphone with a single tap.

The company has been at the centre of several data privacy incidents this year. No wonder they were quick to reveal details about the Portal’s privacy settings  to reassure potential customers.

“Facebook doesn’t listen to, view, or keep the contents of your Portal video calls. Your Portal conversations stay between you and the people you’re calling. In addition, video calls on Portal are encrypted, so your calls are always secure,” the company said in the blog post announcing the device.

Last month the company confirmed it had been the subject of a data breach affecting up to 50 million users. This is now being investigated by the Irish Data Protection Commission (IDPC).

First going on sale in the US in November, Portal will come with a 10in display for video calls, or a 15in display on the Portal+.

The device includes what Facebook calls Smart Camera and Smart Sound technology. Smart Camera uses artificial intelligence to automatically pan and zoom the camera to keep everyone speaking in view. Smart Sound minimises background noise and enhances the voice of whoever is speaking to improve call quality.