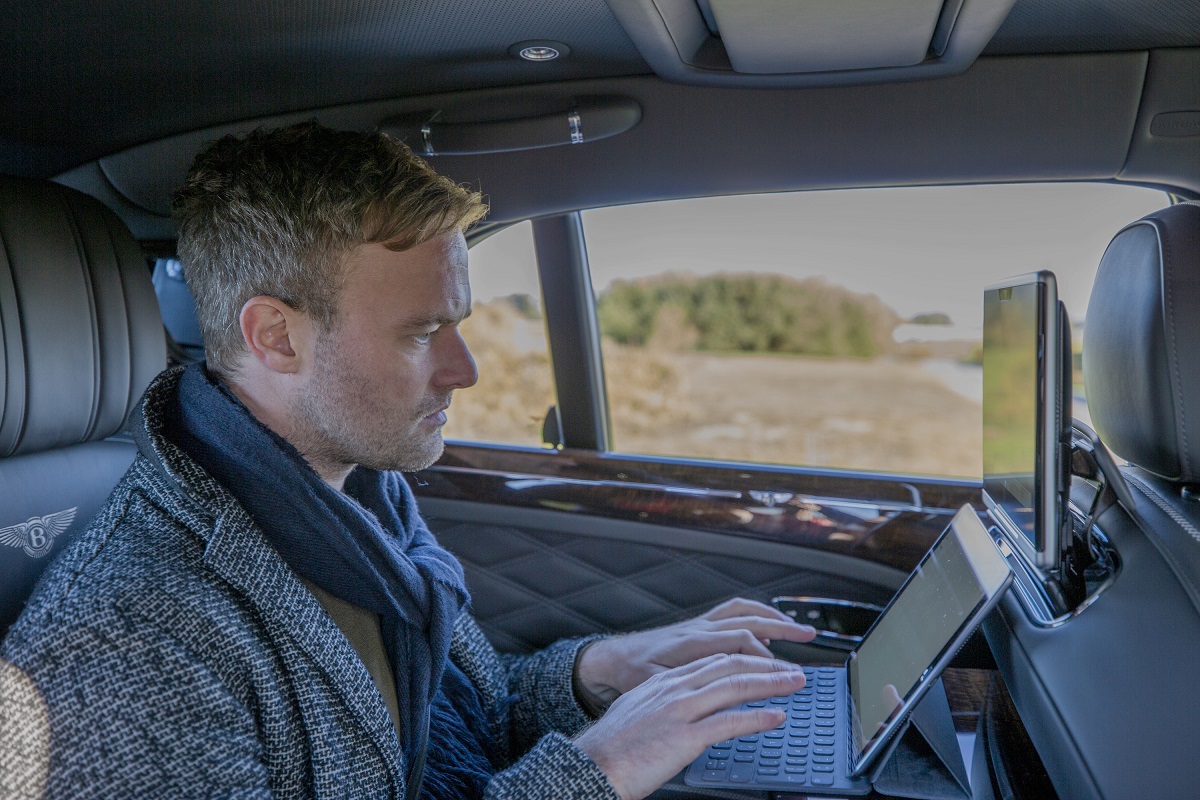 Multiple passengers will be able to stream entertainment, take video calls and create a mobile office. All using in-car wi-fi. The catch? You need a Bentley.

Luxury car-maker Bentley has launched what it claims is the first superfast “reliable and secure” in-car Wi-Fi system.

The British company has created a bespoke router built into the boot of its cars. It has plans to introduce it to all of its models in 2019. So you need to start saving up now.

How does in-car Wi-Fi work?

Called Advanced Connectivity the network will use three SIM cards inside the router. These link to a fixed broadband hub to provide connectivity while on the move.

Bentley connected car product manager Hamid Qureshi said the system performed well in testing and the firm is now keen to see it used by customers.

“We’re really excited in terms of the uses cases. The idea that when you’re in the back of a Bentley car you can actually use this to view multiple types of heavy content,” he said.

He added security was a crucial part of the network’s design. You may have seen several high-profile hacking demonstrations in recent years.

Bentley’s system has been built in collaboration with telecoms firm Viasat. Viasat has managed 14 million Wi-Fi hotspots and brought satellite-enabled Wi-Fi to commercial and government aircraft.