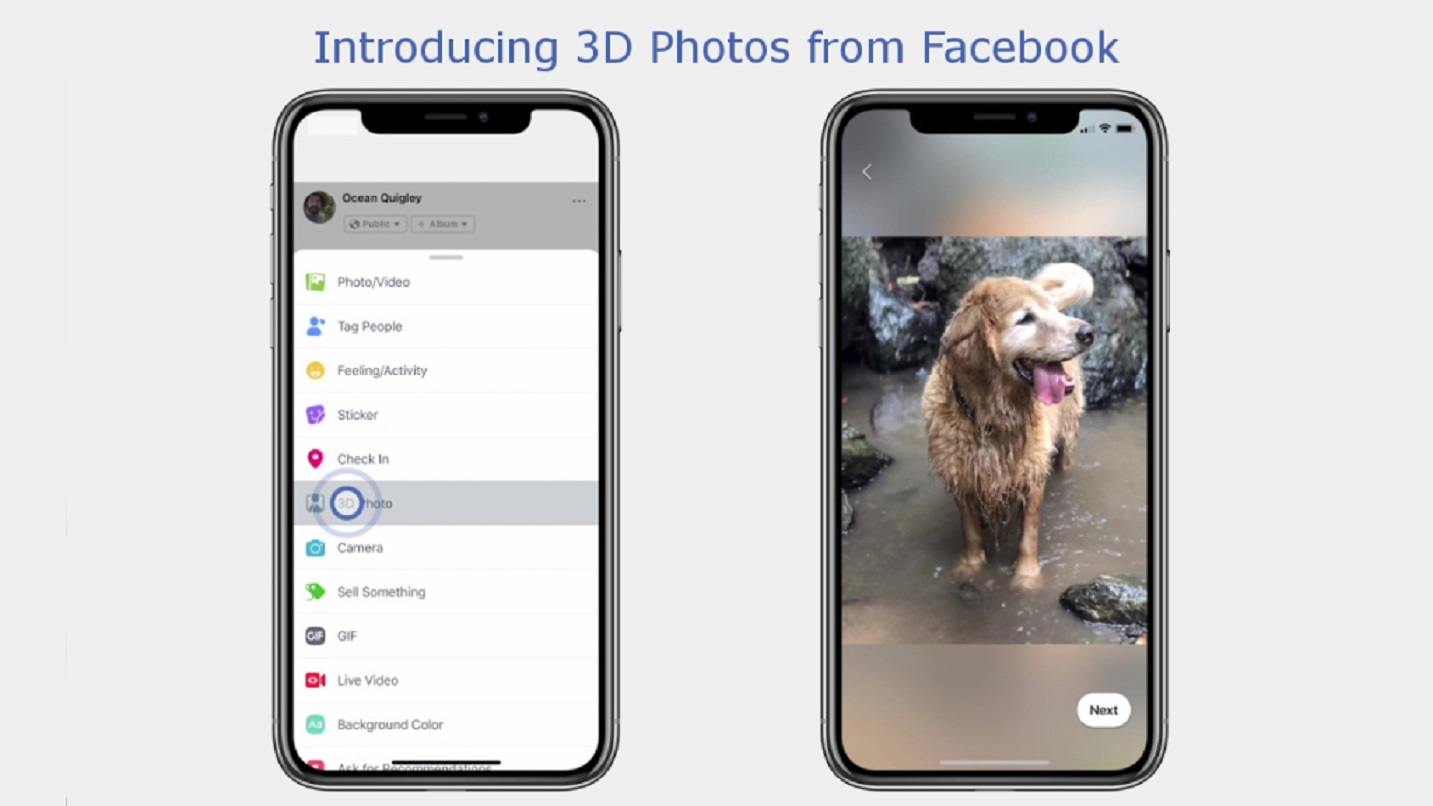 But…at the moment to post 3D photos on Facebook you have to use portrait images taken on dual-lens smartphones.

Facebook has begun rolling out a new photo feature which makes certain images appear 3D, complete with depth of field, when they appear on the social network.

The effect takes advantage of Portrait mode photos. But they do have to be taken with dual-lens camera systems. These can blur the background behind a subject to create a depth of field effect.

Facebook is now able to take these pictures and let them be shared as 3D photos. Users are able to scroll, pan and tilt to see the image from different angles. Just as if you’re looking through a window.

For now, only users with an iPhone 7 Plus, 8 Plus, X or XS can use the feature, but it will be rolled out more widely in the weeks to come, Facebook said.

The images can be viewed by any Facebook user on smartphone and desktop, as well as by anyone who happens to be using virtual reality – such as through the Oculus Browser on the Oculus Go headset.