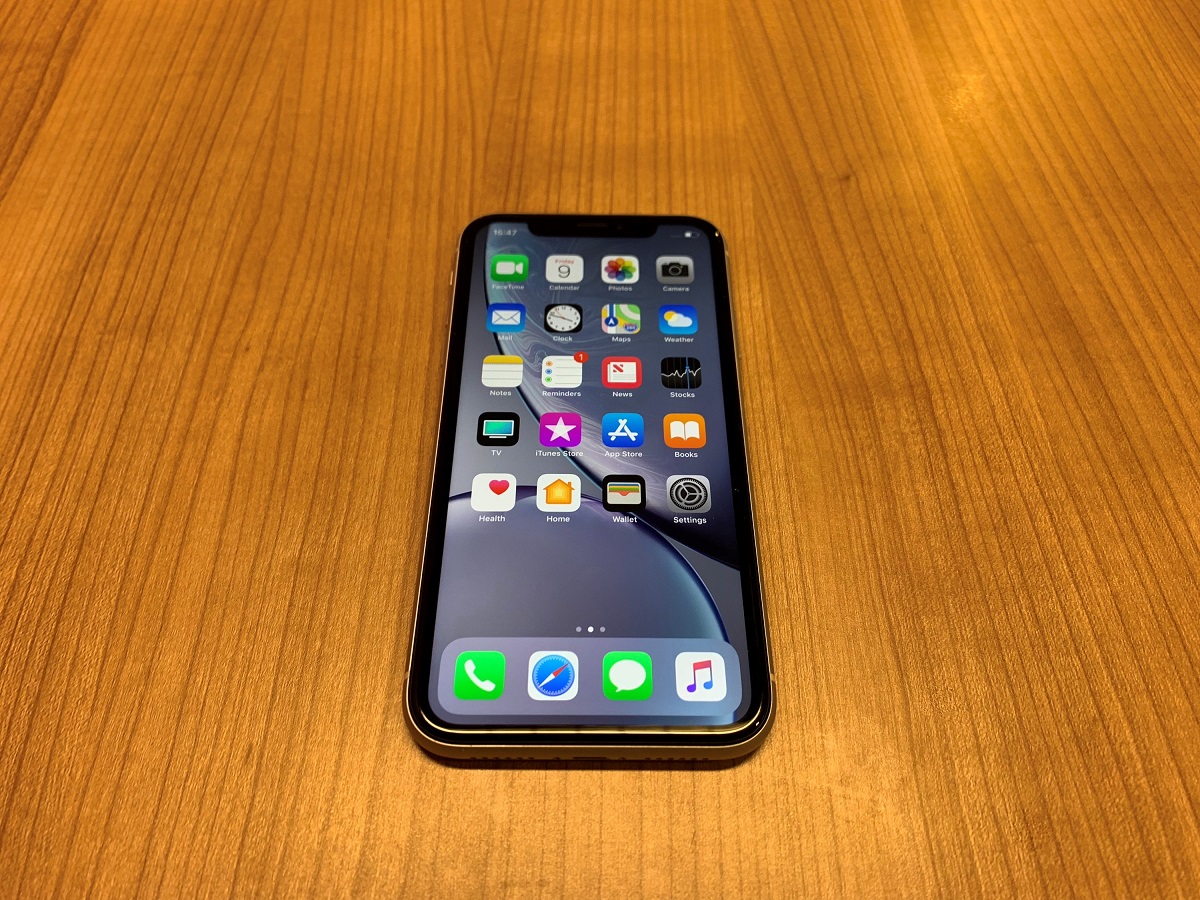 Apple’s third iPhone of the year is meant to be the device to bring the latest Apple tech to more people. An affordable iPhone. Does it meet its targets? Read our Apple iPhone XR review and make your own mind up.

The iPhone XR has been positioned as the “iPhone of the people.”  The device that offers all the key trimmings of today’s best phones but at a more affordable price.

But prices from from around £870 isn’t most peoples idea of affordable. Yet the the wide range of top-tier features that the XR carries softens the blow. In many ways the XR is capable of matching the top-of-the-line XS in many areas when it comes to performance.

What then to make of the iPhone XR? Let’s get into our Apple iPhone XR review.

It’s Apple. The phone looks amazing. And the XR has many of the key hallmarks of a present Apple flagship phone.  An all-screen front panel with a notch,  as well as a glass front and back.

But there are also a couple of key differences. Firstly the display is a 6.1-inch Liquid Retina LCD. So not quite the OLED of the XS. And on the back there is only one camera lens. While this still takes very good photos it doesn’t have quite the same range of abilities as the XS camera.

The band around the device that connects the two glass panels is aluminium as opposed to steel on the XS. It has a more matte feel in the hand. In appearance then, the XR very much looks the part of a premium iPhone.

However, picking up the XR is not quite as you would expect. The phone is fractionally thicker than the XS. It’s also slightly smaller,. As a result it makes the phone feel bulky to hold, certainly more so than a lot of other premium devices.

The XR offers a software and feature experience that is similar in a lot of ways to the XS. A device that starts at a couple of hundred pounds more than the XR.

It houses the same A12X Bionic processor. This means the device runs efficiently and quicker. It also has Face ID facial recognition features as well as fun aspects of iOS such as Memoji.

Though there’s only a single rear camera lens, the XR also supports Portrait photography. However, on the XR this mode is limited only to an ability to recognise people in the foreground and not other objects.

Most of the bells and whistles that make the XS a flagship iPhone are here as well. Because it’s in a package that is significantly cheaper than the XS makes this phone an appealing prospect.

In general use, the LCD display is no less pleasant to work with. But it is worth noting that 3D Touch is not in the XR. It’s not a vital cog in the iOS user experience for everyone. But anyone who has embraced it in the past will find its absence does leave a hole.

Battery life also holds up well. Anyone moving up from an older iPhone should be pleased with the experience they find.

The iPhone XR then is the hardest of this year’s three iPhones to fathom. It has many of the same flagship features as its XS siblings including Face ID, the top-of-the-line A12X Bionic chip and wireless charging. But it comes in a slightly less refined package.

But this is Apple. So design that isn’t completely gold standard tends to stand out. A curse for a company that is so good at it generally. The XR falls into that bracket because of its chunky feel.

This is the restrained iPhone. But it offers a very appealing upgrade option to those not yet on an iPhone X generation.  Though it isn’t quite the must-have device for the slightly more money-conscious it wants to be. Especially when you compare it to other high-specification  brands like Xiaomi.

But if you have the budget the XR is a fine phone. As you’d expect from Apple.