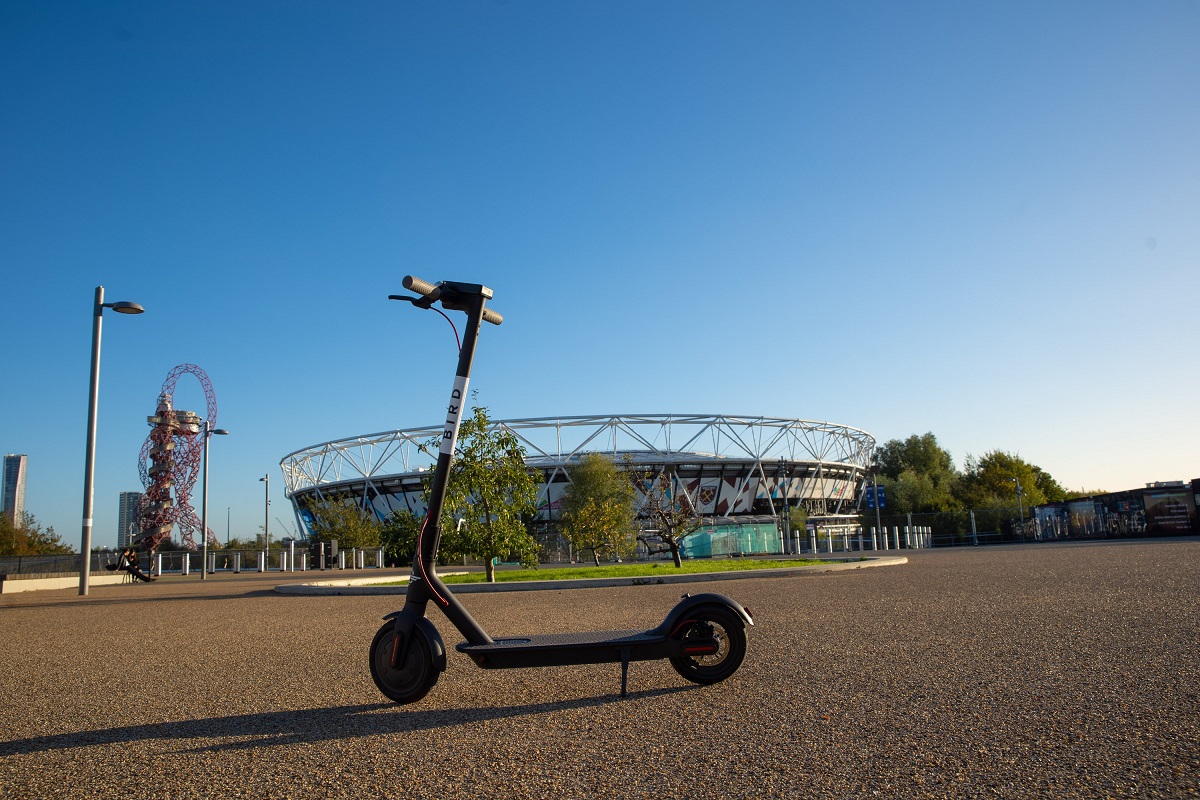 Bird, the Californian electric scooter start-up has launched a pilot along a path in the Olympic Park in Stratford, east London.

The electric scooter craze which is taking the US by storm has reached the UK. Bird already operates in a host of US locations as well as European cities such as Paris and Brussels. Now they’ve brought its scooters-for-hire service to the Olympic Park in east London.

The electric scooters can be hired via an app and cost £1. it’s then 20p per minute of use.

All the rage in the USA

The scooters have become a common sight in many US cities in recent months. But an extensive rollout in the UK is unlikely unless there is a law change. Current regulations prevent powered scooters being ridden on public paths or roads.

The new electric scooter route runs between the Westfield shopping centre and the Here East business campus in the park.

Richard Corbett, Bird’s UK boss, said: “One of the biggest issues modern cities face is increasing congestion and decreasing air quality. Bird’s mission is to help solve these problems by getting people out of cars and onto environmentally friendly shareable electric scooters.

“We’re really excited to be launching the UK’s first electric scooter pilot – helping connect the Here East campus with Stratford. We really hope people will try Bird in the Olympic Park and see the advantages it brings.”

If you fancy a scoot and are over 18 you can hire an electric scooter between 7am and 9pm.

Not sure if riding an electric scooter will ever catch on here with our roads. But it certainly ticks the environmentally friendly box.