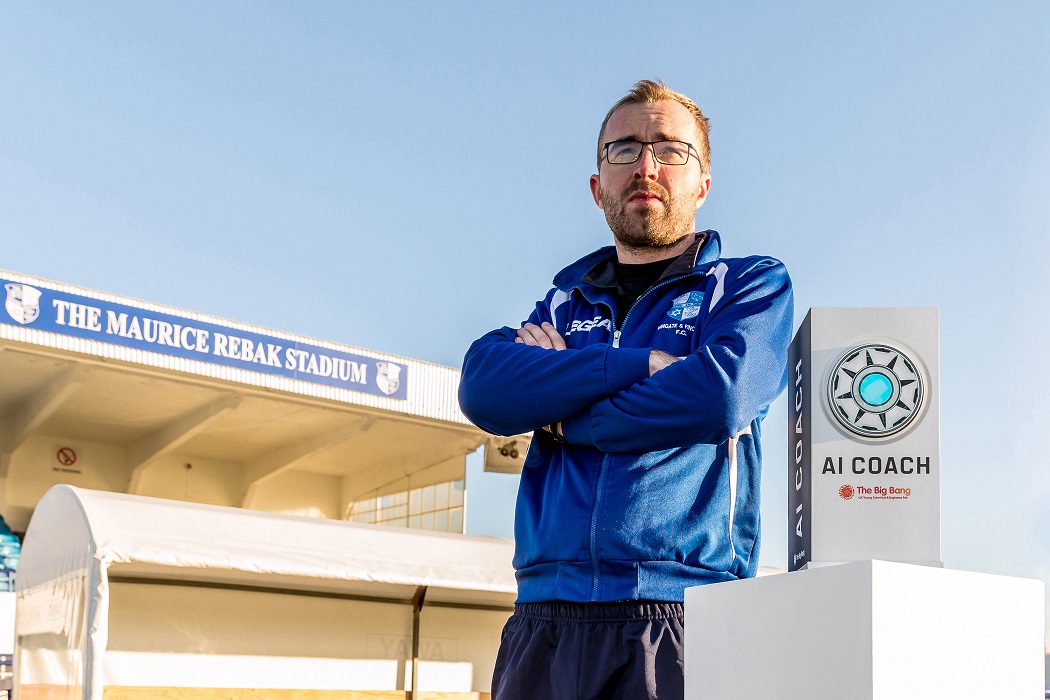 A non-league football club has decided to employ artificial intelligence to try to get the edge over their opponents.

Wingate and Finchley FC will be using a smart speaker system to help choose their team formations. And it’ll even make pre-game and in-game tactical decisions.

The smart speaker will be linked to a computer and use information spoken to it by coaches to make tactical suggestions.

The manager could, for example, ask what the best formation would be. The AI would then ask a series of questions about the team and the opponents before proposing an answer.

Alternatively, if a player had just been sent off, the coaches would tell the AI and it could offer a possible substitution.

The AI “coach” is designed to learn on the job. It should evolve its thinking over the course of a season based on results.

The new system has been used in training and will have its first outing in the dugout on February 9 for a crunch league match against relegation rivals Whitehawk.

Wingate and Finchley manager Dave Norman told the Press Association the move had been creative and engaging.

He said: “It’s been very interesting having an artificial intelligence system working alongside coaches at grassroots level, trying to develop their knowledge and understanding of the game, helping and aiding decision making.”

The manager insisted it would be up to the individual manager or coach to decide whether they used the information provided by the AI system.

Paul Lerman, director of the Isthmian League club, said he hoped the technology would give his club an advantage.

He said: “It’s a new technology. We’re not expecting it to change the footballing world immediately but it could give us an added edge, it’s a coach that could add insight.

“We’re hoping it helps us get three points on the pitch. But we don’t yet know how successful it may be.”

The AI system was commissioned by the Big Bang Fair. It’s the UK’s largest celebration of science, technology, engineering and maths, (Stem). It encourages young people by showcasing how those skills can be used in the country’s most popular sport.

Stuart Haigh of GreenShoot Labs, which created the innovative coach, said the technology was designed to be accessible to smaller clubs.

He said: “We wanted to make it nice and presentable and really helpful to the team. So we’ve got inspirational quotes at various intervals and advice if your players have been sent off.”

All of which is a nice gimmick. But can you really see a smart speaker being able to devolve enough to hold a Jose Mourinho style press conference?