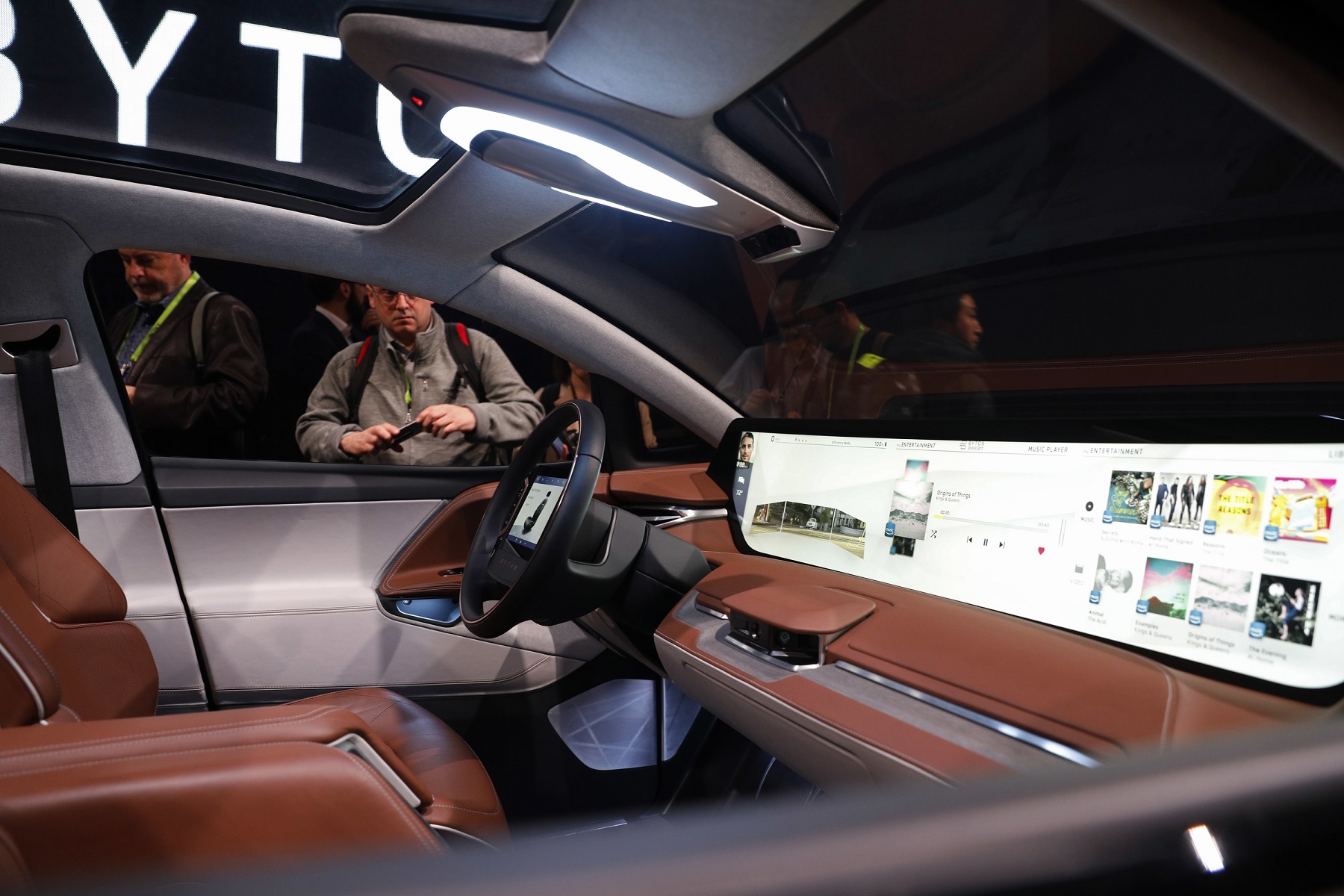 The Byton smart car has a 48-inch digital dashboard and AI. It was showcased at the annual CES conference in Las Vegas.

A Chinese motoring startup Byton is preparing to begin production of its smart intuitive vehicle. The Byton smart car is fitted with a 48-inch digital dashboard. It also has a touch screen embedded in the steering wheel and supports 5G.

The official name of the Byton smart car is the M-Byte. The electric car’s starting price will be around £35,300. It will have a range of 249 miles on a single charge, while the bigger battery option offers up to 320 miles. There will also be an option to add some autonomous features. You can check out the digital dashboard in the video below. Though you may want to fast forward through the baffling introduction to 1:40 to actually see the thing in action.

What they’re saying about the Byton smart car

Its 48-inch dashboard display can be controlled using the tablet on the steering wheel, a touchpad in the centre console or hand gestures. It can carry out a variety of tasks, from mapping out a route, to in-car entertainment.

“The Byton M-Byte could become the most important device in your digital life and we are very much convinced that it will do so,” said co-founder Carsten Breitfeld.

“The Byton M-Byte reinvents and transforms your journey through the use of artificial intelligence and machine learning.”

“We are on track to start production by the end of this year,” co-founder Daniel Kirchert added. “The fully operational capacity will be 300,000 cars a year.”

Byton also showed off its K-Byte concept sedan at CES, featuring a digital grille, which it plans to release sometime in 2021. A third model is expected in 2023 as the company look to take on Tesla.