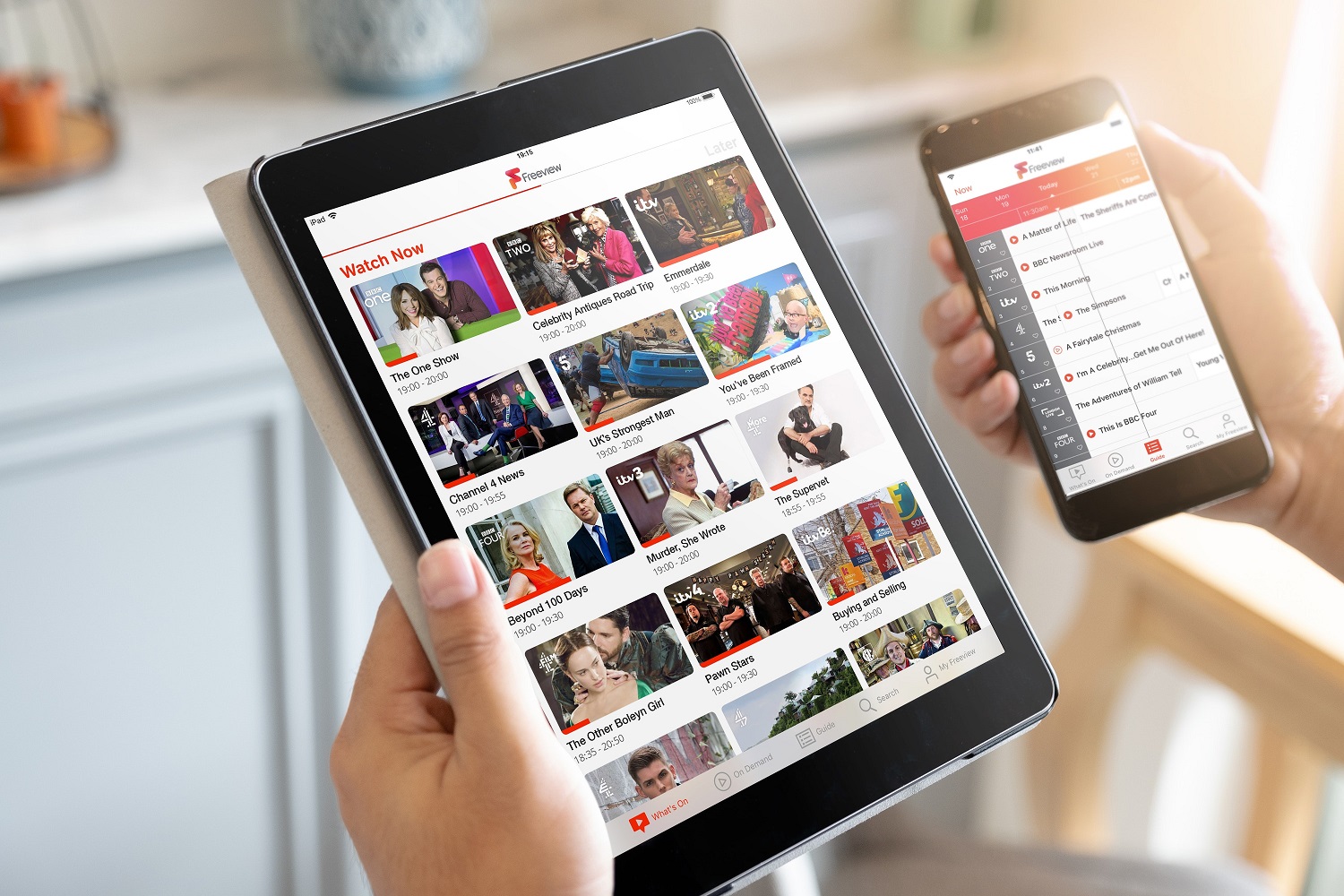 Available from mid-January the official Freeview app will enable iPhone and iPad users to download and watch Freeview TV channels and on-demand content free of charge. An Android version is also on the way.

TV platform Freeview has announced its mobile app will launch on the Apple App Store enabling users to stream live TV for free.

The app will offer the same range of content as other Freeview products, the company said, including content and channels from the BBC, ITV and Channel 4 as well as on-demand services.

Unlike other streaming services, the platform includes no extra costs or subscription fees.

The app will launch on January 22, the company confirmed.

The Freeview app will initially be available on Apple devices but the firm said an Android version of the app will launch later in 2019.

The platform’s marketing director, Owen Jenkinson, said: “Kaboom. Freeview now on mobile. Our viewers will love the freedom that this new offering gives them.

“Whether you want to watch Freeview in bed, in the park, or on your way to work. It’s all possible now.”

The app will include a 15-day TV guide, in which users will be able to set reminders, as well as on-demand recommendations and a favourites section.