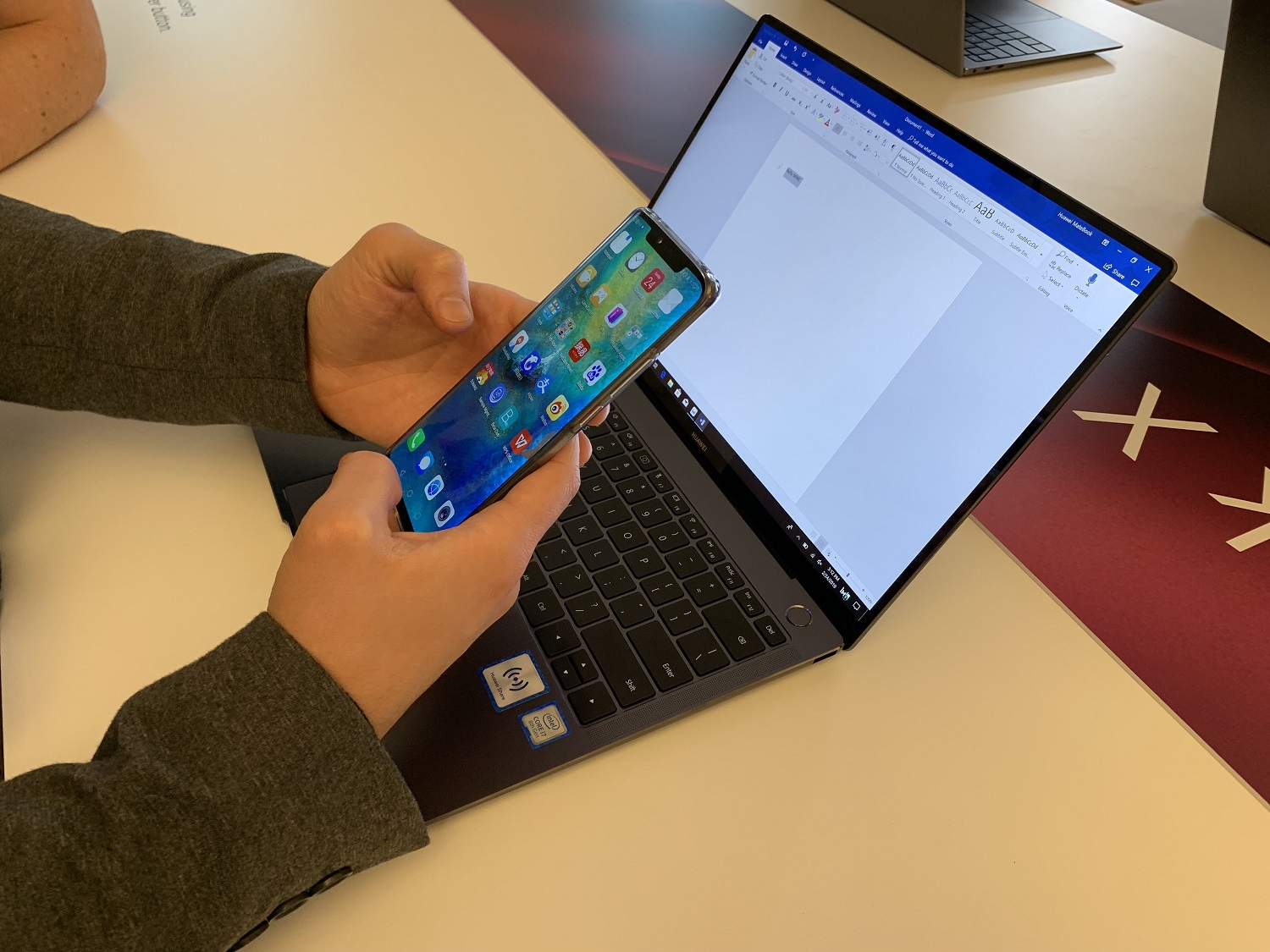 New MateBook X Pro Huawei laptops can be paired with compatible smartphones and instantly share files between the two.

The new OneHop features enables users to tap their Huawei phone to one of its new laptops to pair them. Photos, videos and documents can then be sent between the two devices.

The technology has been introduced on Huawei laptops new flagship model the MateBook X Pro.

The updated laptop line-up appears to be the firm’s attempts to rival the likes of Apple in the portable PC space.

Huawei said that it wanted to replicate the success it had been enjoying in smartphones in its PC business saying it wanted to “connect everyone”, through its devices.

The sharing features also enable users to record their laptop screen on their phone just by shaking the phone and tapping the PC share icon that appears on the screen.

Up to a minute of footage can be recorded and sent to a user’s smartphone.

Huawei says the feature also supports what it calls Clipboard Sharing. This lets users highlight and copy content on one device and paste it instantly on the other.