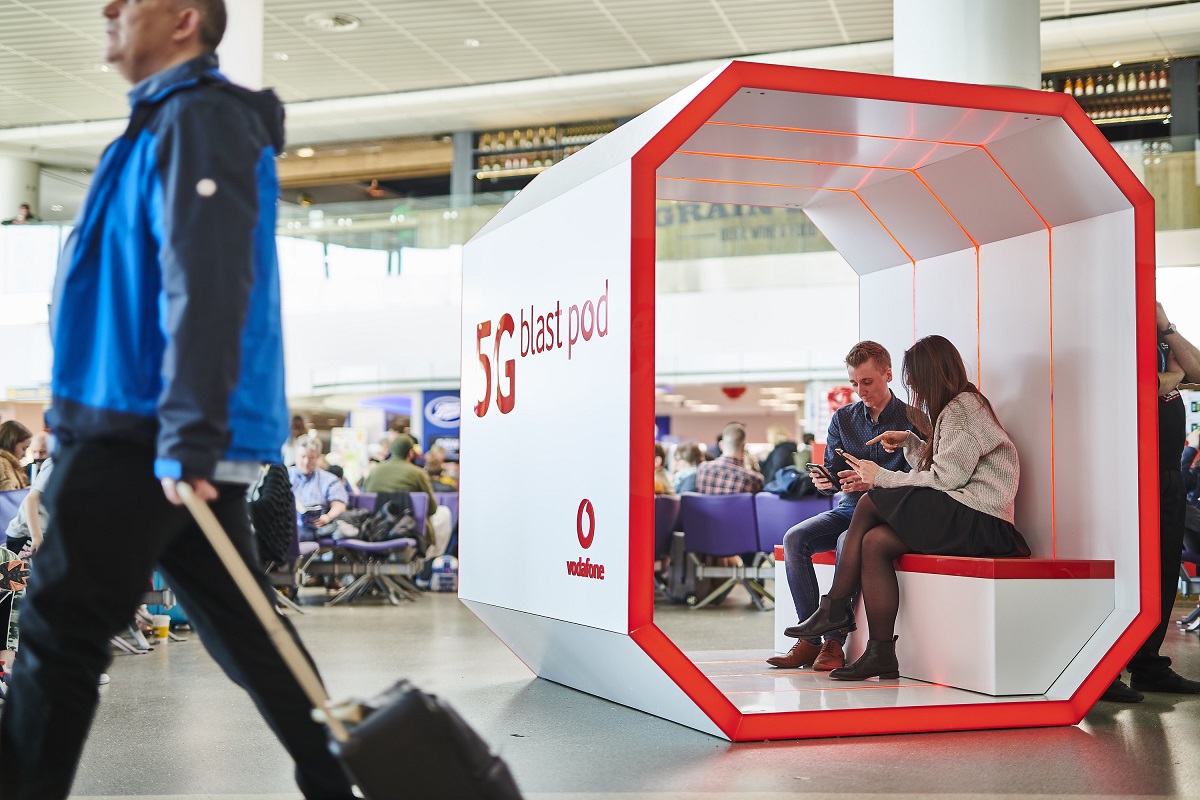 Holidaymakers have the chance to test the high-speed mobile internet network during the Vodafone 5G trial at Manchester Airport.

The telecoms giant is using a specially designed “blast pod” for the trial. Travellers at the airport’s Terminal One can sit in the pod and try out the network.

More about the Vodafone 5G trial

The Vodafone 5G trial at Manchester Airport is one of a number of tests currently taking place in the UK. The tests are being carried out by a number of different mobile operators. It’s all preparation for the public rollout which is expected to begin later this year.

Vodafone is already trialling 5G in parts of Salford, Greater Manchester. It said it would also begin further trials in the coming weeks, including at Snow Hill railway station in Birmingham.

Vodafone chief executive Nick Jeffery said: “We all love to catch up on our favourite TV shows, play games or finish off some work when travelling.

“5G, with its fast speeds and quick response times, will make that quick and easy. Even in busy locations.”

5G is expected to enable the greater widespread use of internet of things (IoT) technology. It will also help spark the creation of more connected cities. And will support the wider use of autonomous cars and robotics.